Nine Dead In Second US Mass Shooting In 24 Hours In Dayton, Ohio

Nine Dead In Second US Mass Shooting In 24 Hours In Dayton, Ohio 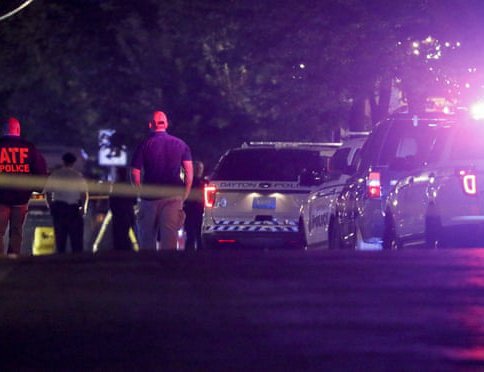 Nine people have been killed and at least 16 injured in a shooting early on Sunday in Dayton, Ohio, police have said. The suspected gunman is also dead, according to police.

The injured have been taken to the local Miami Valley hospital, spokeswoman Terrea Little said. She could not confirm their conditions.

The shooting came hours after at least 20 people were killed in another mass shooting at a Walmart in El Paso, Texas.

Dayton police tweeted that an active shooter situation began in the Oregon district at 1am local time, but that officers nearby were able to “put an end to it quickly”.

Video from the scene near downtown Dayton showed a number of emergency vehicles on a street that had been cordoned off.

Kettering Health Network spokeswoman Elizabeth Long said numerous victims from a shooting had been brought to hospitals in the local system, but did not have details on how many.

The Oregon district is a historic neighbourhood near downtown Dayton, home to bars, restaurants and theatres. Police have not said where in the district the shooting took place.

The FBI is assisting with the investigation.

Just days before, on 28 July, a 19-year-old shot and killed three people, including two children, at the Gilroy garlic festival in northern California.

Africa At Par With Pakistan, Afghanistan In Terrorism By Agencies 17 hours, 40 minutes ago