China's Military Is Stronger Than Ever, So Why Does It Still Need The Humble Yak?

China's Military Is Stronger Than Ever, So Why Does It Still Need The Humble Yak? 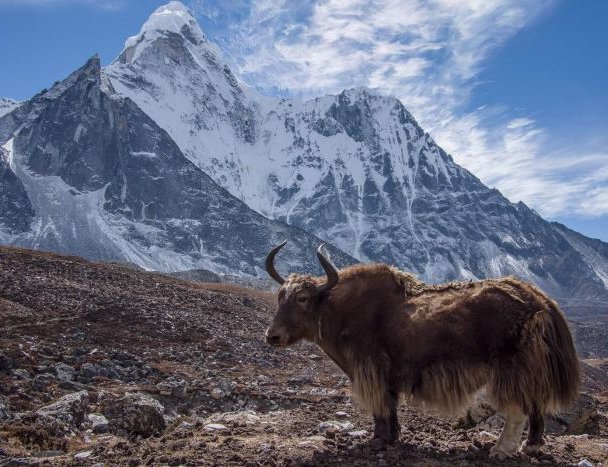 China's meteoric economic rise has benefited many pillars of the Chinese state, but one area that has arguably reaped the most benefits has been its military, officially known as the People's Liberation Army (PLA).

Military analysis website Global Firepower listed the PLA — including the army, navy, and air force — as the world's third most powerful military in 2019, only behind the United States and Russia.

Lowy's Asia Power Index finds China is closing the gap in dominance in the Asia-Pacific between itself and the US, even though the country's economic growth is slowing.

In 2018, China invested some $US239.2 billion ($354 billion) in its military — a sum greater than the gross domestic products (GDPs) of entire countries such as New Zealand, Greece or Portugal in the same year — according to the Stockholm International Peace Research Institute (SIPRI).

Today, this means the PLA is swiftly catching up to the technological prowess of Washington and Moscow, and Global Firepower estimated the Chinese military draws upon about 2.18 million active personnel.

In January, Beijing reached a milestone with the testing of an electromagnetic railgun — a ship-mounted gun that can fire a projectile at speeds of up to 2.5 kilometres per second.

But within China's rapidly-developing military there remains one tried and tested piece of equipment — the humble yak.

A sweeping landscape photo shows a yak pictured in front of a snow-capped mountain on a clear day.

The mountain-trotting animal is a staple of the Himalayan regions of Pakistan, India, Nepal, and China — they can also be found in remote parts of Siberia and Mongolia. For most modern forms of transport, these areas are simply impenetrable.

The animals are related to cattle, and unlike horses, they have the ability to traverse the region's snow-capped mountains, glacial rapids and alkaline soils at high altitudes.

In July, the PLA Daily on Weibo wrote about a yak mission that involved a patrol across a dam that sat 5,000 metres above sea level.

A yak's ability to perform within these climes is down to a centuries-long evolutionary process that has adapted their respiratory systems, outer coats, and bodies to these incredibly punishing environments.

Their blood takes in more oxygen than their other bovine siblings and they usually don't sweat, according to research from the United Nations Food and Agriculture Organisation.

Where are they stationed?

Tibet and Xinjiang both came under the Communist Party's rule after the end of the Chinese Civil War in 1949, and both are home to communities that Beijing considers a threat to the One China policy.

China's mass internment of its ethnic Uyghur population appears to be the largest imprisonment of people on the basis of religion since the Holocaust.

In recent years, Beijing's fears of these threats have led to an estimated 1 million ethnic Uyghurs — a Muslim-majority Turkic-speaking ethnic group — being allegedly interned in mass detention camps in Xinjiang.

Next door in Tibet, Beijing has repeatedly supressed efforts to grant the majority-Buddhist region greater political and cultural autonomy.

Most recently, China's border with India and Pakistan has come under the spotlight, following New Delhi's dissolution of the political autonomy of Indian-administered Kashmir — a Muslim-majority disputed region home to competing territorial claims from India, Pakistan and China.

Why does China still bother with yaks?

Considering how remote China's far-flung mountainous borders are, you'd be forgiven for wondering why the PLA bothers with its yak unit, especially given how seemingly harsh the area is to begin with.

For Professor James Goldrick, a former Royal Australian Navy commander and defence strategy expert at the University of New South Wales, Chinese military history may be able to offer one suggestion.

In a brown mountain valley, Chinese military officers in camouflage unfurl a Chinese flag next to a border marker. "Chinese strategic concerns were always around invaders from the north, over the north steppes." 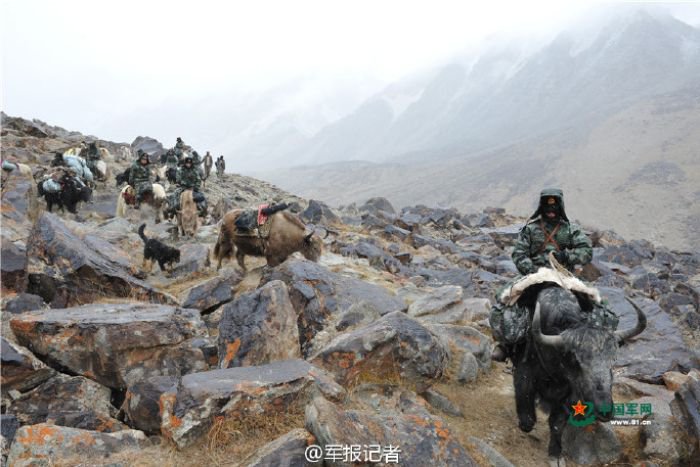 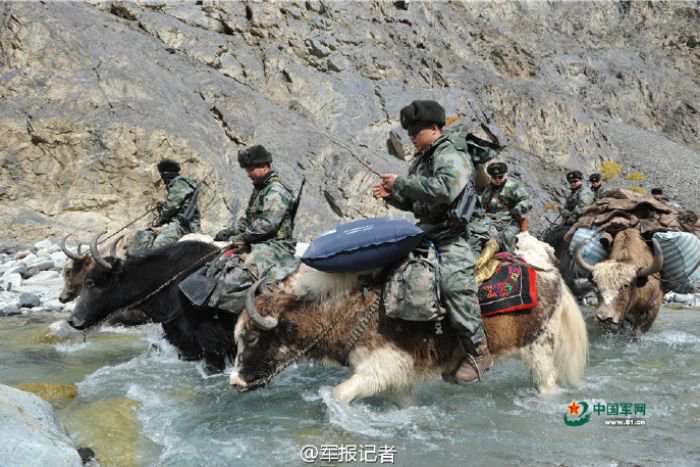 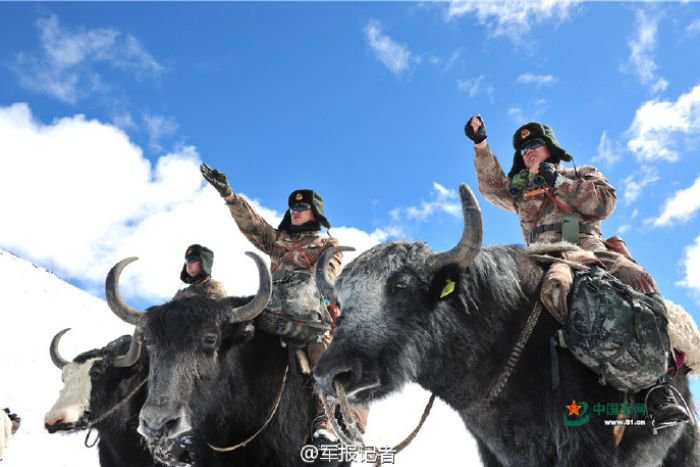 He explained that for most of Chinese history, maritime protection was not a priority as its economy was "largely self-sufficient and self-sustaining", which meant that its land borders took precedence.

It was only in the mid-19th century, Professor Goldrick said, where this strategy unravelled, leading to a string of military losses against imperial Western powers and Japan.

Chinese President Xi Jinping has pointed to this self-described century of shame (or humiliation) during a 2017 address to the nation and has identified the PLA's growth as one way to restore China's place as a global power.

Whether yaks will play a part in the PLA's continued rise remains to be seen, but for the time being, the animal will continue to take the PLA where no horse has gone before.