As Nepal government celebrated Constitution Day with fanfare, veteran politician and leader of Rashtriya Janta Party Sarvendra Nath Shukla is terming the day as a Black Day boycotting official ceremony and commemorating the day as a martyr’s day. Shukla spoke to NEW SPOTLIGHT from Dhangadhi. Excerpts: 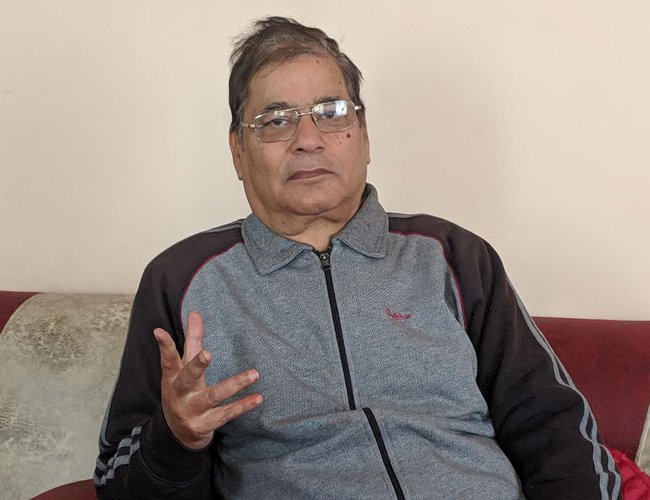 As government is celebrating the constitution day with fanfare, what is the state of Madhesh?

Nepal’s constitution day is a black day us. Our party has already decided on the matter as usual. There is a reason for this. The day when government promulgated the constitution, six Madhesis were killed by the government in a protest with hundreds of injury. As the demands of Madheshis and Tharus are yet to meet through amendment or rewriting the constitution, there is no sense to celebrate the day as victory day. We will organize protest rallies all over Madhesh and torch the constitution. There will be black out.

Why it is a black day?

Our party termed this day a black day because over 60 people got martyrdom and hundreds other got injured three years ago. This constitution has blots of blood of Madheshi, Tharu and other marginalized communities of hill, terai and himal. We are commemorating the day to eulogies martyrs and their sacrifice for the rights of people. We will interact with Martyrs family and light candles to commemorate their sacrifice.

How long will your protest last?

Till the amendment and rewriting of the constitution. Hundreds of our workers are still in prison on false charges and our voices are still oppressed. Even one of our elected members is under police custody on false charges. Many people who were injured during the protest are in treatment and state has yet to pay compensation. This constitution cannot protect us. Even recent debate over the citizenship bill has shown that the government wants to bar people from Madhesh to receive citizenship certificate.

Have not you discussed the matter with the government?

Prime Minister K.P. Sharma Oli has assured us time and again that he will amend the constitution to address the issues raised by Madheshis, Tharus and Janjatis of hill. However, nothing has moved yet. It is unfortunate.

Since you have participated in the elections and you have a government in province no 2, is not it an indication that you have accepted the constitution?

We have already withdrawn support to this government. If the government does not table constitution amendment bill with broader discussions, there is no sense to continue in the government and parliament. Our participation is not for the recognition of the constitution in the present form. It is just conditional.

What are your demands?

Our demands remain the same. We want to change the current provincial boundaries, provinces with complete autonomy and resources, ensuring the rights of all the people including Madheshis, Janjati and Tharus. We want end of discrimination to particular groups and release of our elected MP Resham Chaudhary who was put in the jail on false charges.

Japanese People Have A Special Sense Of Intimacy Toward Nepal: Ambassador Yutaka Kikuta By Agencies 1 month, 2 weeks ago