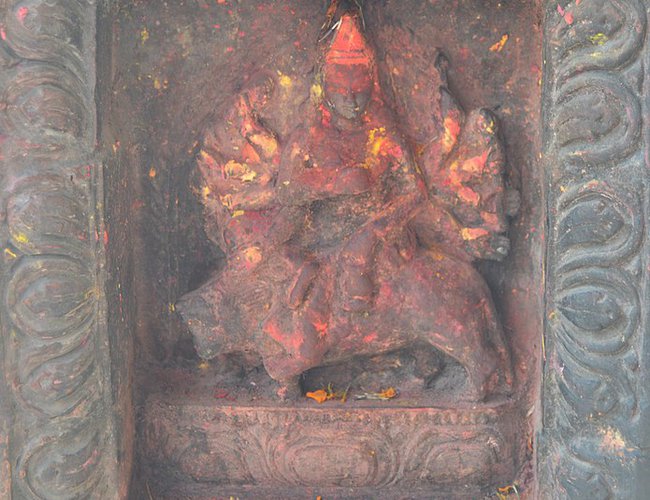 The third day of Navratri is dedicated to Maa Chandraghanta. The temple of Shree Chandraghanta Mata is situated in Naxal. This form of Durga is depicted with ten hands. Read on to know more about the auspicious timings for the puja.

The festival of Navratri has begun, and devotees of Maa Durga across the country are celebrating it with devotion and enthusiasm. Two days of Navratri are over, and there are seven more to go. The third day, after Mahalaya Amavasya in the month of Ashwina, Shukla Paksha is dedicated to the worship of Goddess Chandraghanta, a form of Maa Durga.

This avatar of the Goddess is depicted with a crescent moon on her head, and hence the name Chandraghanta. She has ten hands and is mounted on a tiger. She holds a trident (trishul), a mace, a sword, a kamandal in the left side and a lotus, a bow, an arrow and japa mala in the right.

She has the vara mudra and the abhaya mudra in the other two hands, respectively. The Goddess governs Shukra, one of the Navagrahas in Hinduism. Her devotees worship her and seek her blessings for protecting them from evil. 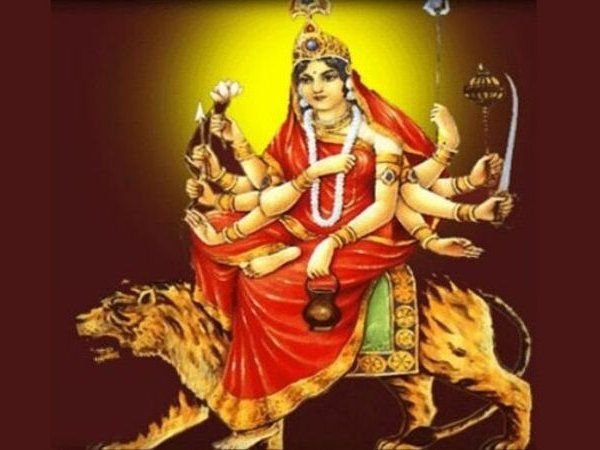 Invoke Goddess Chandraghanta and request her to accept your humble prayers. Then light a diya, incense stick and flowers. If possible offer jasmine. Then chant the following Mantras and Shlokas:

On can offer any sweet made of cow milk or kheer (pudding) to the deity. You can also offer fruits, coconut, bananas, paan, and supari. Seek the goddess' blessings while you offer the bhog to her. And conclude your puja by lighting a diya using camphor and perform the aarti. Distribute the prasad among everyone.

Valentine's Day 2021: The significance Of This Day By Agencies 1 week, 5 days ago

Sonam Losar in Nepal 2021: Importance And Significant By NEW SPOTLIGHT ONLINE 2 weeks ago