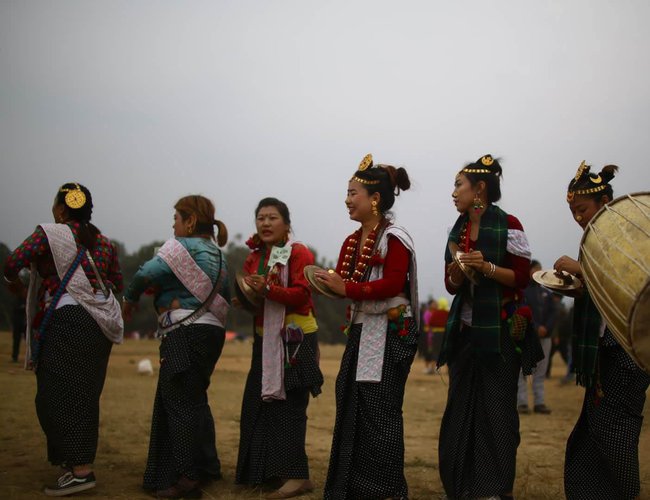 Kirat Community in Nepal celebrated Udhauli Parva today. The parba is observed on Mangsir Purnima - the full moon day of the eighth lunar month. This means it takes place in late November or December in the western calendar.

Kirat community living in Kathmandu Valley celebrated the festival with their own traditional way. A dance was performed. Udhauli Parva, a harvest festival celebrated by the Kirat communities in the Eastern part of the country.

Udhauli festival was celebrated by dancing and singing to traditional songs. A special kind of dance called Sakela is performed to mark the festival, which is why the festival may be called Sakela Udhauli. A feast is also organized and the Kirat women wear chhit ko guneu (a dress made from a specially patterned cloth) at this festival.

As winter begins to bite, the effects are more keenly felt at higher altitudes. Rather than endure the severe cold in the mountains, the Kirats move down to lower-altitude regions to see out the winter. This migration takes place on the full moon in the month of Mangsir. 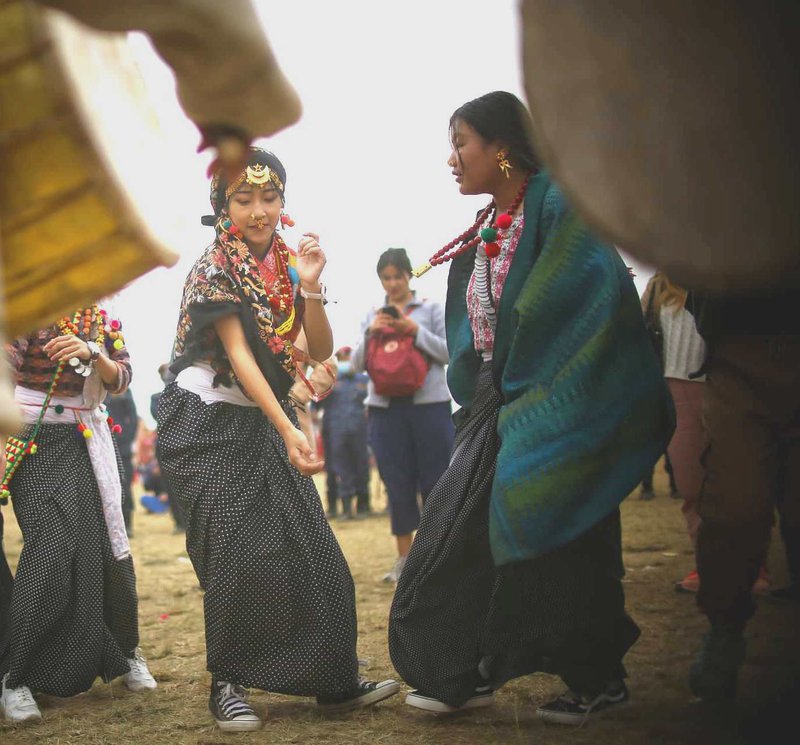 "Udhauli" means downwards and about five months later (in the month of Baisakh) "Ubhauli", the upwards version of this festival is celebrated, when the Kirats make their way back up the mountains for the summer.

And even though many Kirats may live in urban areas all year round, they still uphold their traditions and celebrate Udhauli and Ubhauli.

Also today, the hilly people observe the Kul Pooja by worshipping their ancestors and the sacred cowshed, according to Prof Dr. Ram Chandra Gautam. This full moon day is also called the Dhanya Poornima.

Dhanya Purnima is a Hindu festival celebrated to mark the conclusion of the rice harvest season across the country. Hindus celebrate the festival by stocking new grain and making offerings to god and goddesses to ensure a plentiful supply of grains throughout the year.