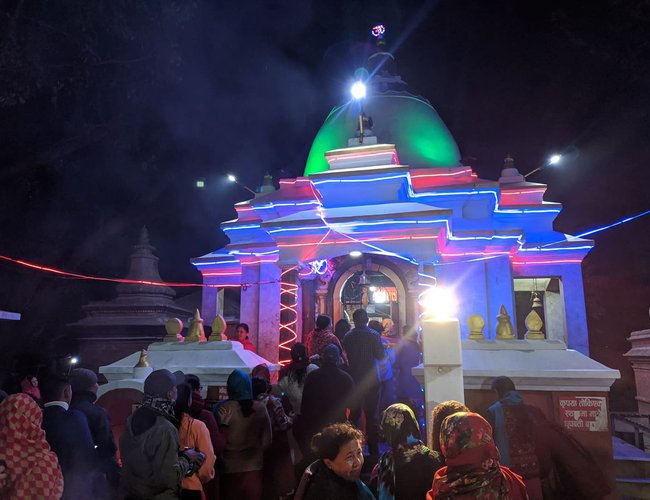 Maha Shivratri or Padmarajarathri marks a remembrance of overcoming darkness and ignorance in life and the world. This year Maha Shivaratri 2020 festival falls on February 21, Friday.

Maha Shivratri 2020: Maha Shivaratri is a major festival in Hinduism annually observed in honour of Lord Shiva which is also known as the also known as 'Padmarajarathri' and 'The Great Night of Shiva'. On this day devotees worship Lord Shiva, observe a strict fast and do various religious activities to please Lord Shiva. Devotees further believe that by pleasing Lord Shankara on the auspicious Shivaratri day, a person is absolved of past sins and is blessed with Moksha or salvation.

The day marks a remembrance of overcoming darkness and ignorance in life and the world. It is said that Maha Shivaratri marks the anniversary of the cosmic dance performed by Lord Shiva.

Shivratri is celebrated on the 14th day of every month, one day before the new moon. Among the 12 Shivratri's celebrated in a year, Mahashivratri is the most important one generally celebrated in February or March depending upon the planetary position.

According to Drikpanchang, Maha Shivaratri on Friday, February 21, 2020.

On Maha Shivratri, devotees wake up before sunrise and take a ritual bath, preferably in the holy waters of river Ganga. After that, devotees then wear fresh new clothes and pay a visit to the nearest Shiva temple and do Jalabhishek on Shivling with six different dravyas including milk, yoghurt, honey, ghee, sugar and water, these six items form an indispensable part of Shivaratri, some even put devotees put some bhang on it.

After that devotees offer Akshat, Abir, Gulal etc. on Shivling. They also offer white flower, lotus flower. Devil's trumpets (dhtura ka ful) and Bilwa Leaf (belpatra) hold a lot of importance, some devote's even offer 108, 1108 belpatra on the Shiv ling. Few Bilwa leaves are kept on top of the Shivalinga to cool the hot-tempered deity. It is believed that devotees who offer a trifoliate bel patra to the Shivlinga with devotion, Lord Shiva blesses him/her with whatever the person desires.

This ritual worship of Lord Shiva on Maha Shivratri continues through the day and night. In the evening, before going to the temple for Shiva Linga puja, one should again take bath. Those devotees who cannot visit the temple for one reason can perform Puja at home. Devotes stay awake and spent the night in Shiva temples by chanting 'Om Namah Shivaya' and singing hymns and verses in praise of Lord Shankar.

According to Shivapuran, there was a king named Sundarsen. Once he went for hunting in the forest with his dogs. When he did not find any animal after toiling all day long while suffering from hunger and thirst he reached on the banks of a reservoir at night.

There he saw the Shivling with some leaves over it. He removed those leaves from the Shivling and cleaned the dust over it. The devotion led to an overnight awakening for the king. In the morning, the Nishad king went to his house and satisfied his hunger.

Later, when he died, the messengers of Yamraj tied him in the loop and took him to Yamlok, where Shivaji's Ganas fought with Yamdoot and freed him from the loop. In this way, Nishad joined the beloved ganas of Lord Shiva.

The story behind Maha Shivratri

According to Hindu mythology, from the birth of Lord Shiva to the legend of Neelkanth and marriage with Goddess Parvati, there are several stories and beliefs on why we celebrate Mahashivratri.

Lord Shiva got married to Goddess Parvati on this day: It is said that after the death of Sati, Lord Shiva went into deep meditation. Sati reincarnated as Parvati to become the consort of Lord Shiva. Hence, Mahashivratri marks the union of Shiva and Parvati on the 14th day of the dark fortnight in the month of Phalguna.

Some believe that Shiva performed the dance of preservation, creation and destruction on this night:

As per Hinduism, it is believed that the creation and destruction of the universe are cyclic in nature which means that creation of Lord Brahma is destroyed by lord shiva which will again be followed by another creation by Lord Brahma. Hence when the time for destruction arrives, Lord Shiva will perform his destruction dance (Shiva Tandav).

Maha Shivaratri as the thanksgiving ceremony to Lord Shiva: Some people give a different version of the origin of Shivratri. This story talks about a time when Lord Shiva saved the world from the poison that came out from the ocean during Samudra Manthan. Lord Shiva drank the poison and held the poison in his throat instead of swallowing it which turned his throat blue. From there, the name 'Neelkantha' originated.

Difference between Shivratri and Mahashivratri

The word Shivratri is formed by the amalgamation of two words, Shiv and Ratri, where Shiv means 'Lord Shiva' and Ratri means Night. Therefore, Shivratri means the night of Lord Shiva.

Swasthanibrathakatha To Conclude Today By Agencies 6 days, 18 hours ago

Valentine's Day 2021: The significance Of This Day By Agencies 2 weeks, 5 days ago