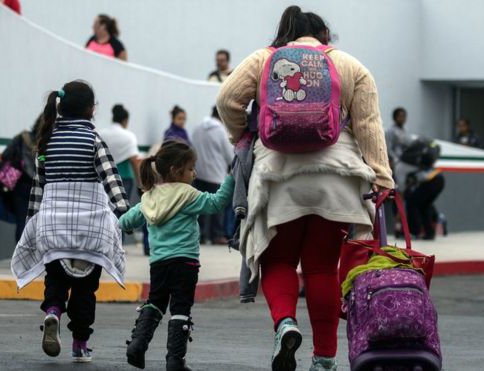 Forced migration has increased considerably since the end of the Cold War. It includes refugee flows, asylum seekers, internal displacement, environment and development-induced displacement. Some of these disasters would lead to protracted crisis.

The United Nations High Commission for Refugee reports that there are 25.4 million refugees and 68.5 million forcibly displaced people, and only a small fraction is able to return to their former homes. Studies show that the number of people displaced by natural disasters has nearly doubled since the 1970s.On average; as many as 27 million people become displaced from their homes every decade because of natural disasters.

At the end, all disasters are human-induced, and the poorest and the minorities would suffer the most. Because of the complexities of intricate linkages, sometimes, it is very difficult to distinguish between political, economic and environment and development-induced factors between them. We then get into uninformed analyses and unsuccessful responses.

Forced migration is a social process in which human action and social networks play a major part. Social relationships can thus be critical before, during and after disasters for resilience and rebuilding lives. Communities and individuals constantly monitor their surroundings and take decisions themselves. They are the first responders, and they do not wait for humanitarian actors to analyze and address the problems for protection and livelihoods. It is inaccurate to view that affected people have no control over their fate.

However, much of that effort have gone in identifying hazards and strengthening physical infrastructure while little attention has been given to make social systems more resilient that the communities and individuals can withstand, cope with and recover from the disasters.

However, it is possible to think of groups of people who may have strong social networks and abundant social capital but who are unable to turn it to any advantage because of the context in which they live or lack of other resources – Dalits, perhaps, as opposed to members of dominant castes. The less advantaged groups, be they by class or education, were more likely to be totally disengaged from civic participation, hence to be deprived of access to formal channels of social capital generation. Patron-client relationships and is associated with exploitation of relatively powerless groups by powerful groups (such as gender based violence, feudal tenancy, money lending, political patronage and patron-client relationship between the dominant castes and the occupational castes) are some of the examples.

Understanding social structure and social actors, cultural connectedness and differences, obligations and expectations, and norms and values are critical for building resilience in any society. Designing appropriate actions with communities and individuals for social capital strengthening would then be anchored into community structure for self-protection and livelihood recovery in a more sustainable manner.

Dr. Prabin Manandhar is an expert of international development. Currently, he is working in Iraq as Country Representative of The Lutheran World Federation. He is the Former Chair of the Association of International NGOs in Nepal (AIN). He is also a visiting faculty at the Kathmandu University. He can be reached at prabin.manandhar11@gmail.com