On climate change, GoN in 2009 also showed strong political commitment by organising cabinet meeting at Kalapatthar, regional conference on Kathmandu to Copenhagen in Kathmandu and Summiteers Summit to save the Himalayas in Copenhagen, including preparations for negotiations and handing over of 'black stone' to US President in New York. 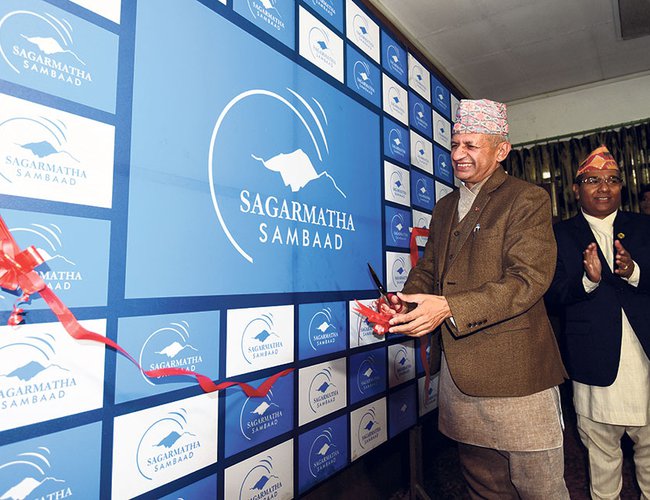 The Government of Nepal (GoN) established a multi-stakeholder dialogue forum named Sagarmatha Sambaad in 2019 to promote a biennial purposeful discussion on key issues of global, regional and national importance. Its first episode is scheduled to be held on 2-4 April 2020 on 'climate change, mountains and the future of humanity'. It will be organised jointly by the Ministry of Foreign Affairs (MoFA), Institute of Foreign Affairs (IFA) and Policy Research Institute (PRI) of Nepal. It is planned to discuss about the ambition for 1.50C, food and water security, disaster risk reduction, 3Ps (people, prosperity and planet), finance and technology, cities and communities, business practices, nature-based solutions, actions for sustainable future, connecting highlands to islands, and climate justice and role of women and youth. Participants will hopefully agree on the outcome of the Dialogue.

The Government has constituted a Steering Committee, Organising Committee, and Expert Working Group and established a Secretariat to expedite the Dialogue-related activities. Based on Sambaad website, three consultations (2 regional and 1 national) were organised by mid-February 2020 to collect views, concerns, and suggestions as inputs to this April episode. The Foreign Minister has briefed the Kathmandu-based diplomatic and international communities, and media, and made telephone call to his counterparts of some countries to attend the event.

Heads of State, ministers, senior government officials, heads of UN agencies, climate scientists, experts, media, celebrities, activists, entrepreneurs, INGOs, civil society organisations etc. totalling to around 250 from over 70 countries have been invited to attend this Dialogue. Political commitment exists to make it successful. After inauguration in Hotel Soaltee, plenary and parallel sessions and closing session will be held at Chandragiri Hills Resort, Thankot. The Government punished the proponent of this resort with a fine of NRs. 20 lakhs for non-compliance with the approved Environmental Impact Assessment (EIA) Report and instructed official to submit the Supplementary EIA Report in 2019 (https://ekantipur.com/news/2020/02/17/ 15819066994875872.html and https://www.spotlightnepal. com/2019/08/26/conserving-kathmandu-valley-hills/). Preparations and government engagements indicate Dialogue is likely to be a rewarding event. Clarity on 'basis and continuity' will largely guide our course of action in addressing the adverse impacts of climate change in the mountains, people and resources.

On climate change, GoN in 2009 also showed strong political commitment by organising cabinet meeting at Kalapatthar, regional conference on Kathmandu to Copenhagen in Kathmandu and Summiteers Summit to save the Himalayas in Copenhagen, including preparations for negotiations and handing over of 'black stone' to US President in New York. In High-level Segment of the UN Climate Change Conference in Copenhagen, the then Prime Minister of Nepal called upon the mountain countries “to come together, form a common platform and collectively raise concerns in the international arena”. As per this call and Cabinet decision, Nepal started Mountain Initiative (MI) for collective and coordinated approaches to make mountain voices heard and reduce adverse impacts of climate change in the mountains. Its goal was to mobilize meaningful support and ensure solidarity to protect mountain ecosystems, peoples and their livelihoods. The MI was launched to fill knowledge gaps on the impacts of climate change on mountains and communicate evidence-based information globally. 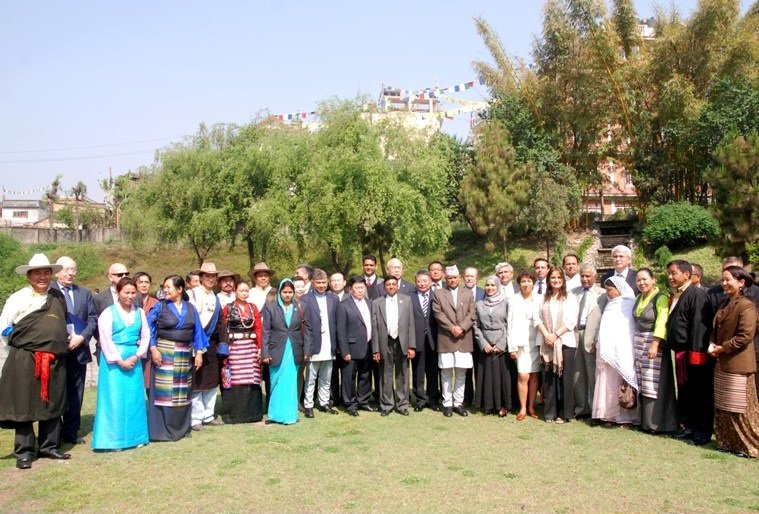 Nepal organised expert consultations on MI in Kathmandu, side-events during sessions of the UN Framework Convention on Climate Change in Bonn, Cancun and Durban and organised international conference of mountain countries on climate change in Kathmandu on 5-6 April 2012. The conference was inaugurated by the then President of Nepal, with statements from then and former Prime Ministers, Deputy Prime Ministers and Ministers. The conference adopted the Kathmandu Call for Action (KCA) which agreed, inter alia, to 'give continuity to MI on a sustainable basis, organize the next conference through mutual consultations at an appropriate time, and develop the programme of work to carry forward the KCA. Since 2013, nothing has been heard about MI and KCA programme of work. This reality urges not to 'erase footprints' and 'build on success'.

Lessons learned from 2009 and 2012 conferences and Nepal organised meeting in Copenhagen remind us to make concerted efforts to gain 'extra miles', make outcome productive, and ensure responsive implementation and continuity on such events. Furthermore, ambition for 1.50C and state of fossil fuel pipelines, electric mass transport, finance and technology, increased pressure on forests from infrastructures, forest fires and climate governance urge to narrow-down gaps between 'saying' and 'doing' and translate initiatives into actions.

One school of thought is to declare Nepal 'climate neutral', as also tried in 2009, and finalise Nationally Determined Contribution (NDC), first shared in 2016, with commitments to reduce GHGs emissions and regulate infrastructure and economic development from climate change lens. Once trapped in 'climate net' through national & international commitments, Nepal will move towards 'climate-friendly' development and will continue to respond on GHGs emissions reduction in spite of approach towards expanding 'fossil-fuel pipelines'. Taking into account the GHGs emissions from Nepal (0.027% of the total global emissions), one-time pledge might have multi-years implications. Without clarity on continuity and implementation of outcomes, extra effort may be required not to make it another MI.

In any case, we need to build on learning and previous efforts for 'trust and support'. 'Erasing the foot-print' will be a 'one-time-show' and 'gearless start', leaving country efforts in the same place and continue to repackage the 'old wine in the new bottle'. However, Sagarmatha Sambaad may be a 'turning point' for our future course of action on climate change and reposition our image on implementation of outcomes of the previous conferences, including MI.