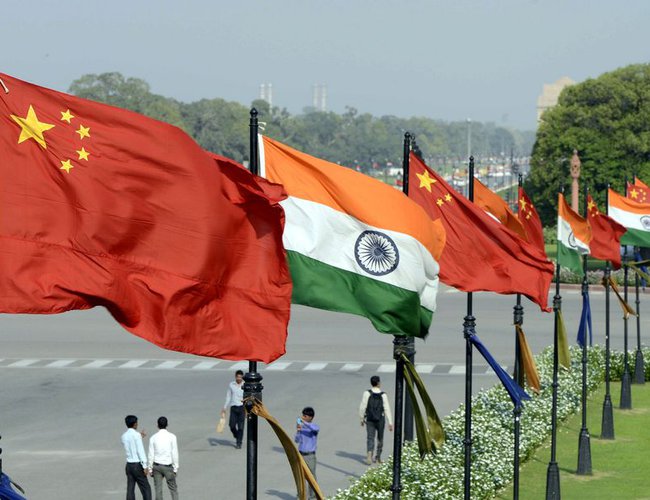 With joint efforts of both sides, the two countries have established a strategic and cooperative partnership for peace and prosperity, and are endeavoring to build an even closer partnership of development, said Chinese President Xi Jinping.

In his message, Xi said China-India relations have experienced extraordinary development during the past 70 years. With joint efforts of both sides, the two countries have established a strategic and cooperative partnership for peace and prosperity, and are endeavoring to build an even closer partnership of development, he added.

Xi said he attaches great importance to the development of bilateral relations and is willing to work with President Kovind to elevate China-India ties to a higher level, so as to bring more benefits to the two countries and peoples and contribute more positive energy to Asia as well as the world.

Kovind, in his message, said India-China relations have achieved substantive development in the past 70 years, with bilateral linkages increasingly strengthened in such fields as politics, economy and people-to-people exchanges.

India and China are neighboring countries, and both are ancient civilizations and major emerging economies, Kovind said, adding that keeping a good relationship is in line with both countries' interests and of great importance to regional and even global peace and prosperity.

The Indian side is ready to work with China to expand and deepen their closer partnership of development, Kovind added.

Chinese and Indian staff work at a metro car depot of Metro Line 1, in Mumbai, India, on June 27, 2018. (Xinhua/Zhang Naijie)

In his message, Li said that friendly cooperation of mutual benefit between China and India accords with the fundamental interests of both countries and their people, and also benefits Asia and the world.

China is willing to work with India, taking the 70th anniversary as an opportunity, to continue to push for new achievements in their strategic and cooperative partnership, he said.

For his part, Modi said that over the past 70 years, bilateral relations in such areas as politics, economy and people-to-people exchanges have achieved stable development.

He added that the two countries should strengthen coordination and solidarity and address global challenges together.

Bill And Melinda Gates Announce Divorce After 27 Years Of Marriage By Agencies 6 days, 23 hours ago