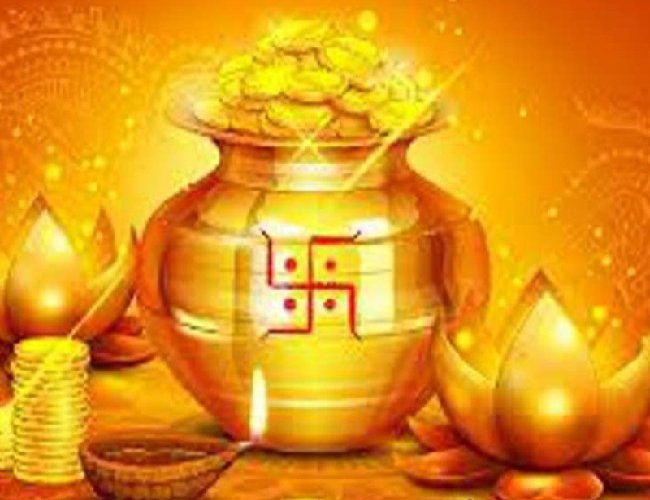 While we are still stuck amid coronavirus pandemic, the rotation of earth has brought us to the spring season which holds a lot of significance among Hindus. The month that is authentically called 'Vaisakh,' entitles the gates to good omens and new beginnings start with the Hindu festival of Akshaya Tritiya. The meaning of Akshay is "never diminishing," as the festival celebrates health, wealth and prosperity in life, one would pray for an ever perennial source of it.

The festival is considered auspicious due to a number of reasons. The day marks the birth anniversary of Parashurama, who was considered to be one of the ten avatars of Lord Vishnu. It is the day when Lord Krishna's friend Sudama went to meet him and the Lord had showered him with wealth and prosperity.

The day marks the being of a new yuga as after the end of Satya Yuga this was the day when Treta Yuga started, which empowers the faith in the novelty of this day. As the science of Hindu calenders works on the astrology of Nakshatra, the day is said to be the exact same after observing positions of various heavenly bodies in space.

The epic tale of Karma and Dharma, Mahabharat was started to be scripted by Rishi Ved Vyas on this auspicious day.

As the day diffuses the idea of a new beginning, wealth, and prosperity, the preachers of Hinduism buy gold and silver as this day is said to be entitled with the blessings of goddess Laxmi, the one who blesses with wealth. On this day people start their new partnerships or projects, pray to the goddess, practice fast, though the celebration varies over the demographic terrains of India, the core essence of the festival remains with prayers for wealth and prosperity.

According to Hindu mythology, the day is also celebrated as the birth anniversary of Parashuram, an avatar of Lord Vishnu. The day of his birth also marked the beginning of Treta Yuga.

Some beliefs also say that Goddess Ganga arrived on Earth from heaven on this day.

Devotees worship Lord Vishnu, who is among the holy trinity of Hindu gods, on Akshaya Tritiya. Vishnu is regarded as the preserver in Hindu mythology.