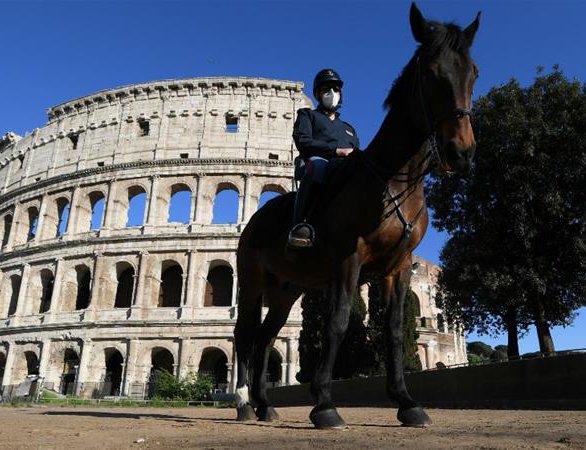 Countries around the world including Australia, New Zealand, Iran and Spain are moving to ease coronavirus lockdowns as daily cases and deaths slow. Italy has announced it will ease its two-month old controls from May 4.

Worldwide, the number of people confirmed to have the coronavirus has risen to more than 2.97 million and 206,402 have died, according to data compiled by Johns Hopkins University. Some 864,000 people have recovered.

Spain has said the number of daily coronavirus-related fatalities fell to its lowest level in more than a month, with 288 deaths in the previous 24 hours.

The World Health Organization (WHO) warned against countries issuing so-called "immunity passports" to those recovered from COVID-19, saying there is no evidence yet the previously infected cannot be reinfected.

Saudi Arabia's King Salman has ordered the partial lifting of a curfew in all regions of the kingdom, except in the cities of Mecca and Medina.

India allowed a limited reopening of shops in neighborhoods and residential areas, a month after the country of some 1.3 billion people went into lockdown.

Worldwide, the number of confirmed infections stood at more than 2.88 million people, with some 813,000 recoveries. More than 200,000 people have died, according to a tally by the Johns Hopkins University.

A Massive Funeral Held For Woman Shot During Myanmar Protest By Agencies 3 days, 4 hours ago

Australian PM Is Vaccinated As Rollout Begins By Agencies 4 days, 3 hours ago

Biden Urged China To Compete In Accordance With Global Economic Rules By Agencies 5 days, 4 hours ago