Air Travel Resumes, Schools To Open In July In India 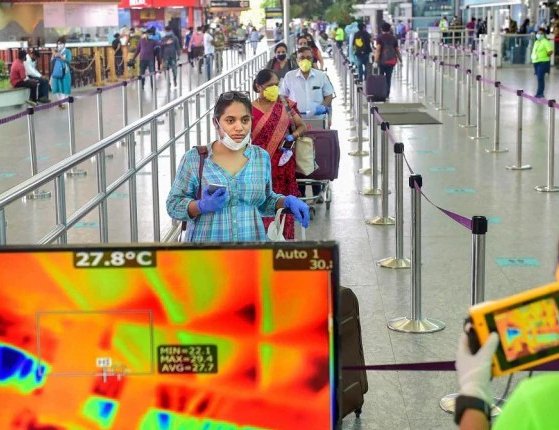 Domestic air travel resumed on Monday after two months even as India entered the list of 10 countries worst hit by the novel coronavirus after record spike in the number of cases for four consecutive days.

he nationwide tally of Covid-19 cases neared 1.40 lakh on Monday after a record number of nearly 7,000 people tested positive for the deadly virus infection during the day.

The count has quadrupled since May 1 when special trains began ferrying migrants back to their native places, followed within a week by special flights to bring back Indians and expatriates from abroad.

India's Covid-19 death toll has also crossed the 4,000-mark, marking an over three-fold increase since May 1, while the total number of active cases has more than tripled too in this time period. The number of recovered Covid-19 patients has also grown over six-fold since then to nearly 60,000 now.

Domestic air travel resumed on Monday after two months even as a number of states were unenthusiastic about opening up their airports in view of rising Covid-19 cases causing around 630 flights to be cancelled.

According to aviation industry sources, around 630 domestic flights of Monday were cancelled due to the Centre's Sunday night announcement that there would be no flights in West Bengal and Andhra Pradesh, and limited operations at major airports such as Mumbai, Chennai and Hyderabad.

Consequently, many passengers reached the airports on Monday only to be told by the airline staff that their flights have been cancelled. Many people took to social media to vent their anger.

Union Civil Aviation Minister Hardeep Singh Puri said on Monday evening, "From no domestic passenger flights yesterday to 532 flights and 39,231 passengers today, action has returned to Indian skies. With Andhra Pradesh set to resume operations from tomorrow & West Bengal from 28 May, these numbers are all set to increase further."The first flight on Monday took off from Delhi for Pune at 4.45 am under strict regulations recommended by civil aviation authorities. The first flight from Mumbai was to Patna at 6.45 am.