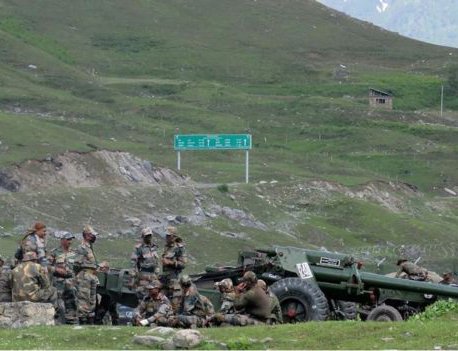 The Chinese foreign ministry said on Wednesday that China and India are in close communication on resolving the border issues through diplomatic and military channels, after a fatal encounter, which Chinese experts called the most severe situation China and India have experienced along the border in decades, broke out on Monday between the two countries' border defense troops in the Galwan Valley.

Zhao Lijian, a spokesperson of the Chinese foreign ministry, made the remarks at Wednesday's media briefing in response to questions whether diplomats or military officials of the two sides were involved in resolving the issues.

Zhao said that the incident was very clear as it happened on the Chinese side of the Line of Actual Control (LAC), and the responsibility did not rest with China.

Indian media reported on Tuesday that three Indian soldiers had been killed, citing the Indian Army, but later updated the number to 20. Indian reports also claimed there were Chinese casualties. On whether there would be further clashes along the border, Zhao said the Chinese side does not want to see more clashes.

On questions about Chinese casualties, Zhao said that border troops are jointly resolving the issue on the ground, and the overall situation in the China-India border area is stable.

After the incident, China and India expressed their commitment to resolving the issue through dialogue and maintain peace and tranquility in the border areas. As the world's two largest developing countries, China and India share far more common interests than differences, Zhao said.

Zhao called on the Indian side to meet China half way to ensure that bilateral relations move in the right direction in line with the interests and expectations of the peoples of the two countries.

Despite China and India's close communication through diplomatic and military channels aimed at easing border tensions, Indian troops on Monday severely violated the consensus reached in the two countries' commander-level talks on June 6.

They crossed the border twice to conduct illegal activities and launched provocative attacks against Chinese personnel, leading to a serious encounter between troops from both sides, Zhao said on Tuesday.

The Chinese side has lodged a strong protest and solemn representation to the Indian side, urging it to strictly restrain its frontline troops according to the consensus, and not to cross the border and make any unilateral moves that could further complicate the border situation.