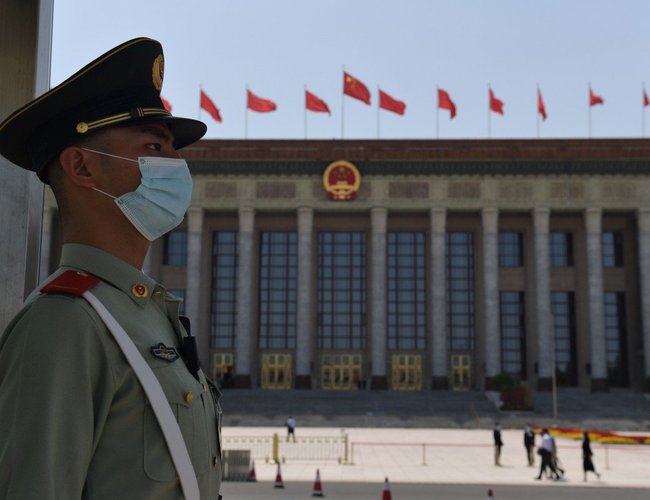 Hongkongers who breach the new national security law Beijing is tailor-making for the city, particularly in cases involving foreign interference, could be extradited to mainland China for trial, according to Hong Kong’s sole delegate to the country’s top legislative body.

The suggestion on Wednesday from Tam Yiu-chung, who sits on the National People’s Congress Standing Committee (NPCSC), was a further elaboration of a statement by Deng Zhonghua, deputy director of the cabinet-level Hong Kong and Macau Affairs Office, that Beijing could reserve jurisdiction over cases “in very special circumstances” when applying the new legislation.

This came as Yue Zhongming, spokesman for the Legislative Affairs Commission of the NPCSC, which is preparing the new law against acts of secession, subversion, terrorism and foreign interference in the city’s affairs, said the apex body would “speed up” its formulation.

Tam said extradition could be an option and the central government “had the right to do so”.

He added: “If Beijing found it necessary that the case should not be handled by Hong Kong courts, [extradition] could be an option.” 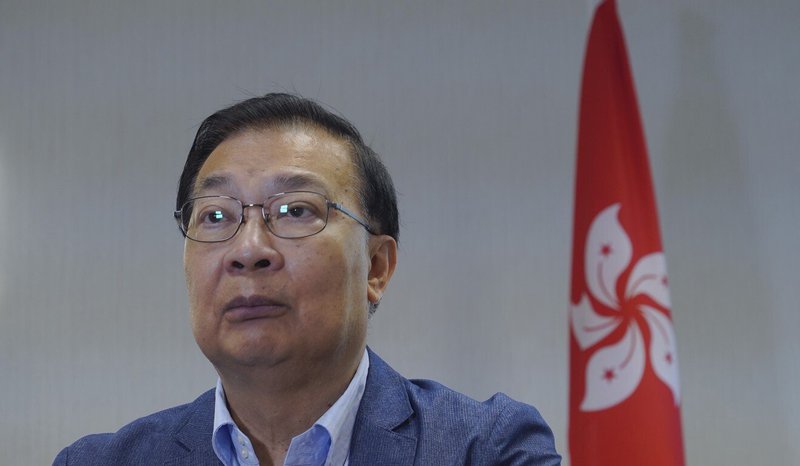 Tam Yiu-chung said Hong Kong courts had no jurisdiction when it came to cases related to defence and foreign affairs. Photo: AP

Tam said the exceptional cases which Deng was referring to were those related to defence and foreign affairs, over which Hong Kong courts had no jurisdiction under the Basic Law, the city’s mini-constitution.

“I believe some cases would touch on foreign affairs given the proposed law would regulate the foreign forces that have meddled in Hong Kong affairs,” he said. “This is clearly a matter that needs to be handled by the central government.”

The anti-government protests that prompted the controversial bill were triggered by the now-withdrawn extradition bill, which would have allowed the transfer of fugitives in Hong Kong to the mainland and other jurisdictions with which the city has no formal agreement.

Democratic Party chairman Wu Chi-wai said the national security law and failed extradition bill both allowed Beijing to target people in Hong Kong, and take them across the border to stand trial.

But unlike the extradition bill, Wu said, the national security legislation “brought the mainland’s rule by law system” to Hong Kong.

While pro-government figures said only a minority of people would be affected, Wu said human rights lawyers and journalists had been jailed for subverting state power on the mainland.

Although the new law appeared to have not sparked the large-scale protests the extradition bill did, Wu said residents had taken other action, such as emigrating and moving their money out of Hong Kong.

Executive Council member Regina Ip Lau Suk-yee, of the New People’s Party and a former security minister, said taking suspects to the mainland for trial would cause “a great tremor” among residents.

“The legal system on the mainland is very different from Hong Kong’s,” Ip said. “Hongkongers are used to the common law system, with open, transparent trials and human rights protections.”

Gary Chan Hak-kan, vice-chairman of the Democratic Alliance for the Betterment and Progress of Hong Kong, said he hoped most of the cases arising from the new law would be tried locally in a special court, but sending some “very special” cases to the mainland “had to be considered”.

Chan also said the arrangement was different from the extradition bill, which dealt with a greater variety of crimes.

Meanwhile, Tam, who is to attend a meeting of the NPCSC on Thursday, said the law was not on the agenda as yet.

The country’s top legislative body meets every two months, but if the law was not discussed this week, sources from the pro-establishment camp believed Beijing might not want to wait until late August to let any public dissent, triggered by the promulgation of the law, affect the bloc’s performance in September’s Legislative Council elections.

“July would be a good time to have it passed in a designated special meeting,” a source said.

But Professor Fu Hualing, dean of the University of Hong Kong’s faculty of law, said he was not aware of any mainland law that had been passed by the standing committee in a single meeting in the past decade.

According to Article 29 of the Legislation Law of the People’s Republic of China, as a general rule, a bill on the agenda of an NPCSC meeting should be put to a vote after deliberation at three sessions of the committee.

“I hope the standing committee will take three meetings to endorse the law after deliberating the draft legislation, as well as consulting the views of mainlanders and Hong Kong people,” Fu said.

Ling Bing, professor of Chinese law at the University of Sydney, echoed that sentiment.

“I believe mainland officials are well aware of the difficulties and challenges involved in the legislative process,” he said. “They should have recognised the importance of ensuring the law is effectively implemented, instead of stirring up further trouble in Hong Kong.

“To this end, listening to views of Hong Kong people is not a formality. I believe it would take at least three meetings for the standing committee to deliberate the law before endorsing it.”

In a joint letter with 85 other organisations, Amnesty International described the law as a “devastating assault on human rights” and urged Beijing to scrap it.

“It criminalises broad, vague ‘offences’ that can encompass any criticism of the government and be used against people peacefully exercising and defending their human rights,” the letter read.

Groups also said national security authorities on the mainland, which could set up branches in Hong Kong under the new law, were responsible for the arbitrary detention and torture of activists and NGO staff.

Over 10 Reportedly Killed In Myanmar Protests By NEW SPOTLIGHT ONLINE 2 days, 6 hours ago

Elections Is Just A Month Away: Alliance Is Making Is Making By Agencies 5 days, 5 hours ago

US Carries out Airstrikes In Syria By Agencies 5 days, 5 hours ago