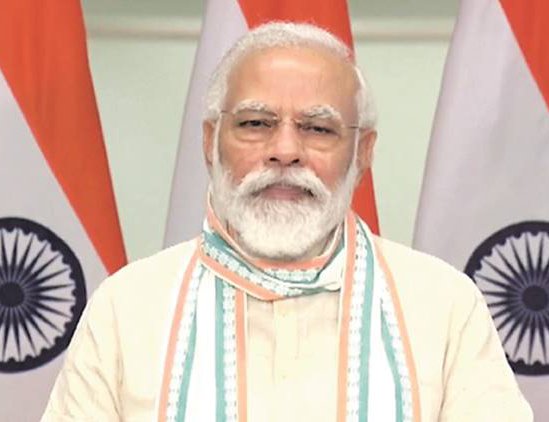 Prime Minister Narendra Modi on Tuesday announced an extension of the Pradhan Mantri Garib Kalyan Anna Yojana (PMGKAY), a free ration scheme, for 80 crore people across the country till the end of November.

In a televised address to the nation, Modi also said the government was working on a "one nation, one ration card" initiative. On the extension of the PMGKAY, he said it will cost the government Rs 90,000 crore more.

Under the scheme, five kgs of wheat or rice and one kg of pulses per month will be given free of cost to the poor. The scheme was initially rolled out for three months.

PM Modi said ever since Unlock 1.0 started in the country, negligence in personal and social behavior has been increasing.

The Congress Tuesday targetted Prime Minister Narendra Modi for his address to the nation, saying it lacked substance and could just “have been another government notification”. The party also said the prime minister is too afraid to talk about China in his national address.

In his address to the nation today, PM Modi announced the extension of PM Garib Kalyan Anna Yojana till November end, helping over 80 crore people to avail 5 kg free food grains. The PM said this extension will cost over Rs 90,000 crore.

PM Modi said despite rising Covid-19 cases, India is still in a very stable situation due to timely decisions taken by the government. However, he also said ever since Unlock 1.0 started in the country, negligence in personal and social behavior has been increasing.

His address comes as the government prepares for Unlock Phase II, beginning from July 1, with relaxations in night curfew, provision for more domestic flights and trains, and clearance for more than five people in a shop.

In his Mann ki Baat program on Sunday, PM Modi had reiterated the country’s commitment to safeguarding its sovereignty and territorial integrity and had asked citizens to not be negligent as the economy reopened.