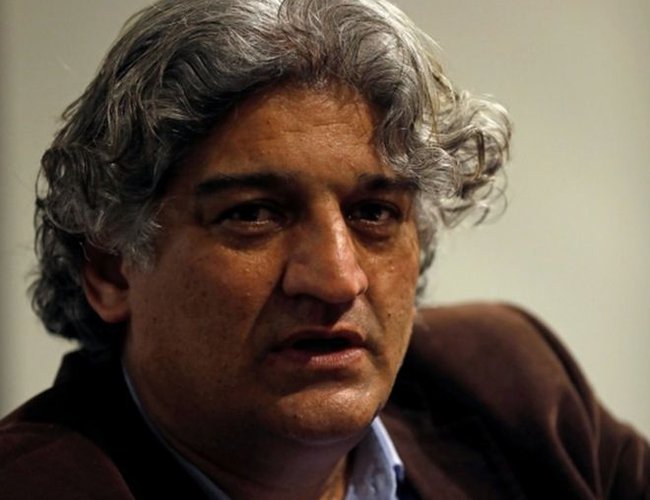 A prominent Pakistani journalist has been released hours after he was picked up by unidentified armed men from a busy street in Islamabad.

Matiullah Jan is an outspoken critic of the military establishment.

A video purported to be of the kidnapping sparked an outcry on social media, with many pointing fingers at the Pakistani secret services.

It is widely seen as being behind the country's mounting "enforced disappearances".

Mr Jan was taken a day before he was to appear in the country's top court in a contempt case brought against him after he criticised the court's verdict in a case involving a top judge.

"A caller from an unknown number rang me up to tell me come to Fatehjang [on the western outskirts of Islamabad] and take Matiullah home," his brother Shahid Abbasi, a lawyer, said.

Mr Abbasi said he had to walk some distance off the main road in Fatehjang area to meet his brother.

According to Mr Abbasi, Mr Jan told the family that during his captivity he was blindfolded and repeatedly driven from one place to another.

How was he kidnapped?

Mr Jan was picked up by around a dozen men in broad daylight outside a women's college on Tuesday.

He had just dropped off his wife, who works there, when he was surrounded by a number of vehicles, including some with police markings and one ambulance.

The event was recorded by the CCTV cameras installed in the college building, and the footage widely shared on social media, sparking anger.

Soon afterwards, Islamabad's High Court issued notices to top police and administration officials to appear in court on Wednesday, with or without Matiullah Jan, to explain his whereabouts.

Pressure was visible on the government when Federal Information Minister Shibli Faraz admitted at a news conference that according to information available at that time, Matiullah Jan had been "abducted" and it was the duty of the government to recover him.

Minister for Human Rights Shireen Mazari also described the event as "very disturbing" in a tweet, saying she had spoken to Islamabad's police chief.

The Pakistani media, which usually shies away from reporting such events, broke with tradition, and while there were some initial attempts to censor the story, most frontline TV channels ended up running it and discussing it in talk shows.

Senior lawyer Salman Akram Raja told Dawn News TV that "the era of the supremacy of anti-democratic forces may be headed towards an end because it has caused the country numerous reverses in spheres of politics and economy".

What is the court case about?

Mr Jan is to appear at the Supreme Court on Wednesday in connection with a contempt case.

An outspoken journalist, he has never shied away from courting controversies, often losing his jobs as a result.

He has worked for nearly all the major media houses of the country, but presently he runs his own channel on YouTube, called MJtv.

Covering legal affairs has long been his speciality, and he was one of the prominent voices that found gaps in a recent Supreme Court verdict against one of the court's judges, Justice Faiz Isa.

Justice Isa is known for some strong judgements indicting the military establishment for causing, or failing to prevent, some major incidents such as the 2016 Quetta hospital massacre or the 2017 Faizabad sit-in by a cleric that brought life in the federal capital to a standstill for several weeks.

Justice Isa, who is tipped to become the chief justice of the country in 2023, faces charges of failing to declare his family's assets in the UK and elsewhere.

The charges are seen by many as an attempt by the military to prevent him from reaching the top judicial office. Matiullah Jan covered the issue on his YouTube channel, and also tweeted about it.

England To Lift COVID Restrictions As Cases Rise By Agencies 1 week, 2 days ago

US Warns China Over Maritime Threats By Agencies 2 weeks, 1 day ago