Nepal's literary culture has really thrived, it could become a literary publication hub for South Asia 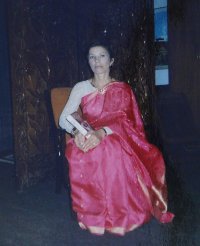 Celebrated writer Greta Rana’s forthcoming novel Ghosts in the Bamboo plots the story of aspiring playwright Nurse Elinor Kittivane. Married to a philanderer, this satirical novel about the author's imaginary country Lapalisthan contains some delightful conversations of women as they discuss the men in their lives. Elinor takes her play to the Edinburgh Festival and discovers she has a tumour behind the ear. Her inspiration has been conversations she thinks she had with the ghosts of her mother and grandmother in the bamboo grove in her garden. Were they ghosts or was it the tumour? The novel offers a humorous account of one woman's journey into her psyche and does serious findings. An elegant work of literary fiction, the novel deals with the communities, gender, deprivations and issues of development through a beautiful touch of magic realism.

Nepal’s literary scene is incomplete without the writings and voice of Greta Rana, with the prospect of her new novel, a much-needed inspiration will come for the readers and fellow-writers. Greta Rana’s literary contributions make a perfect example of how deep the works of fiction can make interfaces with the marginalised communities and people. Her ability to depict the grim realities and yet not letting fall the hopes is something that makes her undoubtedly a leading voice for voiceless people. Her new novel is a continuation of her remarkable journey as a writer.

Recently senior journalist Atul K Thakur reached out to her for a discussion on her life and work. Here are the edited excerpts of the conversation:

Atul K Thakur: As an Anglo-Nepali writer to a Nepali writer in English, the transition has been a remarkable journey. How would you like to look back?

Greta Rana: When I first arrived I thought I would never write again. I was out of culture and didn't speak the language. I set about learning Nepali and the Devanagiri script. Later, it was my work in the hills and mountains and with women that inspired me to write again. Looking back it's been a unique experience. I feel privileged.

Atul K Thakur: As a founder of Pen Nepal, what’s your take on the current trend of Nepali writings in English? How efficiently is such writings are connecting with the ground realities and the masses?

Greta Rana: I think the writing is just as much in touch as that in the vernacular. Perhaps more so since Nepali writers in English have to clarify their concepts and attune them to a wider audience. They have the task of interpreting their culture to a wider readership. It's hard work for them but they do it, not always perfectly but the effort is there.

Atul K Thakur: Your latest novel “Hostage (Speaking Tiger; 2018)” made news in the South Asian subcontinent. Would you like to reflect on the pressing subject of ‘migration’ that this novel deals with?

Greta Rana: Yes I feel strongly about this. Migrant labourers have kept this country afloat. I don't think they are appreciated by their fellow countrymen, I remember how angry I would get at the way Nepali migrants were treated by Bangla and Indian Airlines' staff in transit at Doha. They look down on poverty when they themselves are also migrant labourers. The same applies to people here. They have no idea of the desperation that leads people to labour in another's land.

Atul K Thakur: What shapes your thought process and priorities as a writer while confronting the issues like poverty, gender discrimination, migration and alienation?

Greta Rana: The beliefs of my ancestors I think. My ancestors were Quakers and what they held sacred, I think I do. Then there's my Yorkshireness. The Yorkshire tenet that "I'm no better than you, but you're no better than me."I can understand status-seekers but don't really care whether I'm a 'thulo manche (big person)' or not. In the long run as the old adage goes "When Adam delved and Eve span, who was then the gentleman?" I tend to approach all issues through these thoughts.

Atul K Thakur: Your new novel is supposed to come this autumn, also you are working on its sequel. Will you please introduce your readers to both these books?

Greta Rana: Ghosts in the Bamboo is about a woman who is an aspiring playwright. She is a nurse, the English wife of a Lapalistani man. He is a philanderer and life with him has made her unsure of herself. How she works her way through that is central to the story. The ghosts are in a bamboo grove in her garden and you have to read the story to find out their importance. It's set in my imaginary country, Laplistan, and I love living in it. It is a mix of Laos, Nepal and Afghanistan, the three developing countries I have lived in and worked in. 'Picking up the Pieces is about the same country and characters with the introduction of just one more. It is the third of a series beginning with Guests in this Country, which made it to the Indian bestseller list. The final one deals more frankly with what I call the 'colonisation of development aid'. It brings our characters to 2003.

Atul K Thakur: Given Nepal’s most intriguing political happenings and democratic transitions, did you ever think to write a non-fiction book?

Greta Rana: Is this the idea whose time has come now. I don't know if I can. Although truth is stranger than fiction.I tend to get too dry and academic. I tried once and my literary agent, the late James Hale told me it was too academic and just not me. It was about Jung BahadurRana and had been assigned by Roli Books, India.I scrapped it and wrote “Hidden Women” instead. The same facts about Jung but seen through the women in his life. Actually the only character not from real life is Kadam, the wet nurse and she is a composite of hill women I have met and worked with.

Atul K Thakur: How have you seen Nepal’s literary culture and market evolving over the decades? Do you think the city of Kathmandu has the potential to be the next literary publication hub in South Asia?

Greta Rana: Nepal's literary culture has really thrived since I first arrived in 1971. I do think it could become a literary publication hub for South Asia. For one thing, poetry still lives here and that's to its advantage. Poetry is the finest thoughts in the finest words and Nepali writers haven't forgotten that.

Atul K Thakur: Kathmandu has been your home, will you to think to profile it for a full-fledged book?

Greta Rana: Patan has been my home. Of course it's in the Kathmandu Valley but I always think of myself as coming from Lalitpur, the beautiful city. I really believe I should plot my thoughts on my life and the places I've lived. I have lived here now much longer than I did in my native land. Although I still love Yorkshire and it made me, I don't think I will leave Lalitpur until it's time to pass on. But then, who would undertake such a task? As I said, I'm not a thulo manche.

Atul K Thakur is a New Delhi-based journalist and writer. He can be reached at summertickets@gmail.com and on Twitter @atul_mdb.

Bending with The Wind By Hemang Dixit 1 day, 6 hours ago

Changing Perception Changes Everything: A Paradigm Shift In Consciousness By Amit K. Shrestha 2 days, 19 hours ago

US Troops Withdrawal From Afghanistan And Implication To South Asia By Binoj Basnyat 4 days, 20 hours ago