The Programme of Action for the Least Developed Countries (LDCs), for the Decade 2011- 2020 aimed at graduating half of the LDCs by 2020 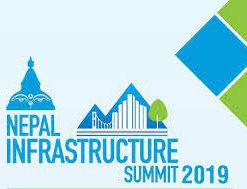 The Government of Nepal organized the second Investment Summit from 29-30 March 2019, following the first investment summit in March 2017. The main aim of the summit was to attract foreign investments to develop physical infrastructure in Nepal. Similarly, the third series of Nepal Infrastructure Summit was organized by the Confederation of Nepalese Industries from 11-12 September 2019. The theme of the Summit was infrastructure and connectivity, aiming to attract investors into areas of infrastructure, which play a key role to meet the Sustainable Development Goals (SDGs), especially in the areas of agriculture, transport, energy, forestry, connectivity, information and communication, etc.

Summits of this kind are necessary to attract investments for big infrastructure projects for economic growth in Nepal that faces significant challenges due to its geography, and technical and financial constraints. Nepal needs to build adequate infrastructure, mainly cross-border transport networks, (roads, railways, airports, waterways, etc.) to transport people and goods from one place to another, especially for the integration of the Nepalese economy with neighboring big economies.

The Programme of Action for the Least Developed Countries (LDCs), for the Decade 2011- 2020 aimed at graduating half of the LDCs by 2020. Nepal is one of the remaining LDCs that continue to seek graduation from LDC status by 2022. It is observed that Nepal’s government has been making efforts to promote businesses and investment opportunities through various policies, regulatory and institutional reforms, etc. which is mandatory to pave the way forward and create an enabling environment for attracting domestic and foreign direct investment for infrastructure development projects. Against this backdrop, it can be argued that organizing such Summits by both government and private sector organizations contributes to encourage more Foreign Direct Investments (FDIs) in the country.

Comparative to the past, there are grounds to believe that Nepal has favorable conditions to attract investment as it has a 2/3 majority and a stable government for the first time in the history of 3 decades. The promulgation of the New Constitution and successful completion of historic three levels of elections have paved the way for the economic development of the country. At present, Nepal is trying to institutionalize the federal system as well as trying to improve the economy for a balanced development of the country.

It has been observed that the construction of roads has made progress in recent years. Road networks, which enhance urban and rural linkages (mainly links to highways), can contribute to the overall socio-economic development of the country. However, a huge gap remains in terms of living conditions between rural and urban areas. Changing development pace in similar economies has proven that Nepal will remain underdeveloped and isolated if it does not have increased connectivity within the South Asian region and beyond, in terms of attaining sustainable economic, transport, energy, people-to-people, and digital connectivity (especially from the regional perspective to enhance economic co-operation). For example, Nepal can benefit from the EU regional cooperation initiatives that support work and dialogue within various regional organizations in Asia, including the South Asian Association for Regional Cooperation (SAARC). This mechanism could be used to further strengthen the discussion on investment and enhancing regional connectivity as well as the transfer of knowledge, experience, technology and modalities. Public-Private Partnership (PPP) could be one of the modalities to develop infrastructure projects with the involvement of private sector finance.

Some observations from Nepal Infrastructure Summit 2019

Government representation and participation was praiseworthy. The event was attended by Chief Ministers of six Provinces, Federal Government Ministers, Secretaries, and other high-level dignitaries. This participation demonstrates the determination of the Government in attracting investments for big infrastructure projects. Furthermore, deliberations of various high-level speakers, especially all six Chief Ministers, (excluding Gandaki province) calling for investment in their respective provinces for which they have also expressed their commitment to provide necessary policy, rules, and a risk-free conducive environment to attract FDIs in their provinces. Nevertheless, rigorous discussion and preparation with various stakeholders’ including diplomatic community / international organizations would have added more value to bring other stakeholders, as well as potential investors from other countries on board.

One of the important aspects of such summits is interaction and Q&A sessions among the stakeholders. However, time management for the interaction and Q&A session was very weak. This was evident in one of the business sessions- infrastructure and regional connectivity panelists were given rarely 2 minutes to deliver their remarks. This might have been embarrassing for the panelists, especially foreign delegates who had come all the way to participate and invested a significant amount of financial resources and time. Moreover, the conclusions and recommendations of the panelists will not be reflected in the proceedings nor will they be taken on board.

Nepal needs a paradigm shift by ensuring preparation and prioritizing of projects along with policy reforms, appropriate regulatory and legislative frameworks combined with good governance, safety and security of investment, complaints handling and dispute settlement mechanism, including environmental, social and gender considerations, moreover, establishing one-stop-shop to build an environment of trust and predictability to encourage more FDIs in-country, are a must.

As provinces are planning to organize such summits, they need to learn from national-level summits, hence there should be taken as opportunities to learn to improve the performance. For example; it was observed that the infrastructure summit was not gender sensitive as none of the session chairs and keynote speakers were women, and there was a limited representation of women panelists in various sessions. Enhanced and continuous dialogues are needed among all the stakeholders, complementing efforts of such summits. Furthermore, it is important to make use of such platforms to share information and exchange lessons and experiences of previous infrastructure summits with national and international partners to give a push to investment opportunities in the country.

There may be another summit next year. Therefore, there is a need to critically review the achievements and lessons of the past summits. It will be useful to see how such pledges, both domestic and international, have been secured as a result of the previous summits in order to encourage both the organizer and potential investors. In addition, there is also a need of government monitoring and facilitation for inter coordination among ministries, departments and other institutions to examine efforts and effectiveness as well as ensure sound management in terms of saving in cost and time, prior to the organisation of such summits, ultimately aiming to bring more FDIs in the country