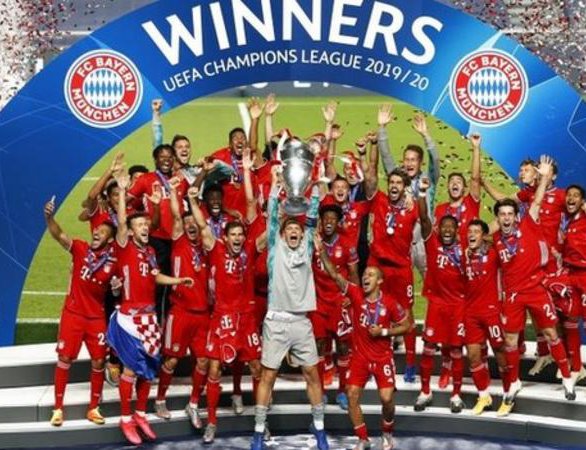 Bayern Munich overcame Paris St-Germain in a tightly contested Champions League final in Lisbon to claim the crown for the sixth time.

Kingsley Coman, who started his career at PSG, settled a tense affair with a 59th-minute header at the far post from Joshua Kimmich's cross to leave the French giants still searching for that elusive Champions League triumph.

It was a night of joy for Bayern coach Hansi Flick, who added the Champions League to the Bundesliga after initially taking over as interim coach from sacked Niko Kovac in November.

In contrast, it was a night of bitter disappointment for PSG's two attacking superstars Neymar and Kylian Mbappe, who failed to produce their best and found themselves frustrated by Bayern keeper and man of the match Manuel Neuer when they had the best of the first-half chances. 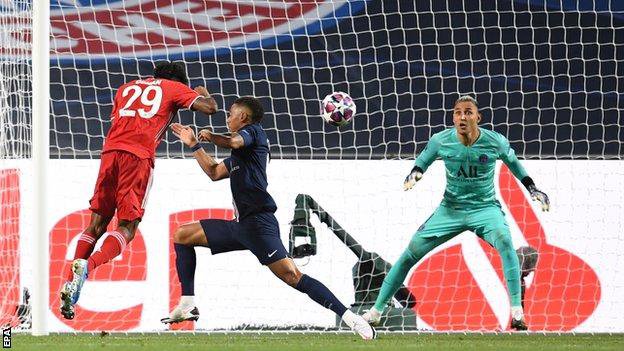 Mbappe's pain increased in the second half when he looked to be tripped by Kimmich in the area, but PSG's penalty claims were ignored - leaving Bayern to celebrate being crowned champions of Europe once more, becoming the first team to win the trophy by winning every Champions League game in a single campaign.

Bayern fully merited their sixth triumph in this tournament, an all-consuming machine that demonstrated graphically that they could overpower teams with attacking prowess but also showed the grit, determination and organization to frustrate PSG's attacking golden boys Mbappe and Neymar.

And huge credit must go to coach Flick, who has guided Bayern to 21 successive victories, reviving and inspiring Bayern after emerging from the shadows when Kovac was sacked in November and the club in crisis.

Flick also illustrated his ability to make the big calls, selecting Coman ahead of the influential Croat Ivan Perisic and being rewarded with that decisive moment just before the hour.

Bayern also leaned heavily on one of the great figures of the club's successes, keeper Neuer, who was at his magnificent best to stand toe-to-toe with Neymar in those crucial first-half duels and make the saves that made such a huge contribution to this victory.

Bayern's status as European champions is deserved, having won every game in the tournament this season, not only having the ability to produce blistering performances of the sort that overwhelmed Barcelona 8-2 in the quarter-final and frustrate PSG's threat in the final.

This is a developing team, with Leroy Sane already signed from Manchester City for next season, and Bayern's future looks bright under Flick.