China needs to prepare to carry out a military struggle in the China-India border area. We should try our best to resolve frictions through peaceful means 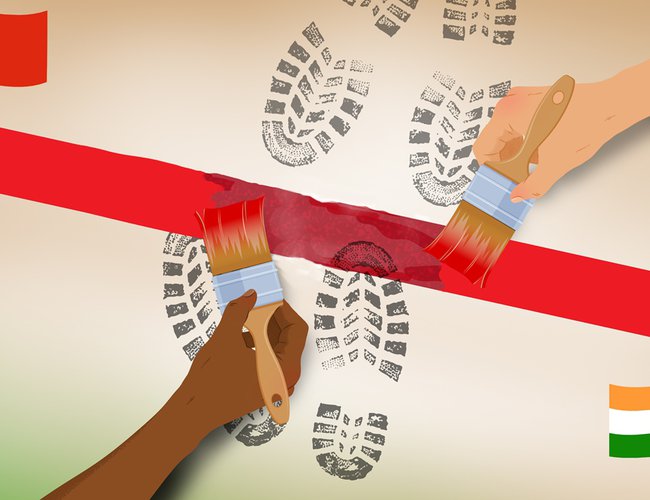 China's Western Theatre Command said Monday evening that Indian troops once again illegally crossed the Line of Actual Control near the south bank of the Pangong Lake and Reqin mountain pass on Monday, a blatant provocative move that seriously infringed on China's territorial sovereignty, and undermined the peace and stability in the China-India border area. Earlier in the day, India, who first moved to accuse China of carrying out "provocative military movements," said it preempted Chinese military activity. Link

Twenty Indian soldiers died in the Galwan Valley clash between Chinese and Indian troops in June. In the following two months, anti-China opinion dominated Indian society. India overreached itself by economically sanctioning China and strengthened interaction with the US in order to gain an upper hand over China. Washington almost publicly sided with New Delhi, which further encouraged the latter.

The south bank of the Pangong Lake where the latest confrontation took place is under China's control. India is trying to turn it into a new disputed area as a bargaining chip in negotiations. Obviously, India is taking an aggressive approach on border issues rather than prioritizing stability in border regions.

India is now burdened with domestic issues, especially the coronavirus situation that has almost spiraled out of control. On Sunday, the number of new infection cases reached as high as 78,000, breaking the world record. The economy has been dragged into a sluggish state. By provoking tensions at the border, New Delhi also aims to shift domestic attention, which is a hooligan behavior externally, and political flimflam internally.

But it must be pointed out that New Delhi is facing a powerful China. The PLA has sufficient force to safeguard every inch of the country. Chinese people have shown support to the government which won't seek to provoke India, but does not allow it to encroach on China's territory. China is strategically firm in the southwestern border areas and is also prepared for any circumstance. China welcomes it if India wants to co-exist in peace. If India wants to engage in competition, China has more tools and capability than India. If India would like a military showdown, the PLA is bound to make the Indian army suffer much more severe losses than it did in 1962.

India should not have any illusions of Washington's support, nor does it need to embolden itself by strengthening cooperation under the Quad framework. China-India border issues are bound to be solved by the two. The US can only support India verbally. How can it help India grab Chinese territory? What is really in the minds of the Americans is to let India and China consume themselves so that India can become a more useful pawn in the US' China containment strategy.

The confrontation in Pangong Lake shows that India did not draw any lessons from the Galwan Valley clash. It is still determined to provoke China. Since the Doklam standoff in 2017 when the Indian army crossed the border to provoke China, the tense situation in the China-India border area continues with the same logic. China-India border frictions are likely to prolong, and various kinds of crises, be they big or small, will become normal. We have to be prepared for this.

China needs to prepare to carry out a military struggle in the China-India border area. We should try our best to resolve frictions through peaceful means. But when India recklessly challenges China's bottom line, China must not be soft. It must take military actions when necessary, and ensure it can win.

China is several times stronger than India, and India is no match for China. We must smash any Indian illusion that it can deal with China by colluding with other powers, such as the US. The history of Asia and the world has told us that any force keen on opportunism tends to bully the weak while fear the strong. India is a typical opportunist when it comes to the China-India border issue.

Why Singapore's COVID-19 Death Rate Is The World's Lowest By REUTERS 2 days, 14 hours ago

The Peace Treaties Between The UAE, Bahrain And Israel Are Signed By Agencies 4 days, 2 hours ago

Bahrain Agrees To Normalize Relations With Israel By REUTERS 1 week, 1 day ago 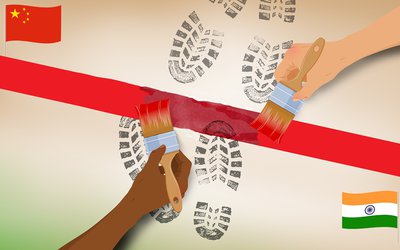