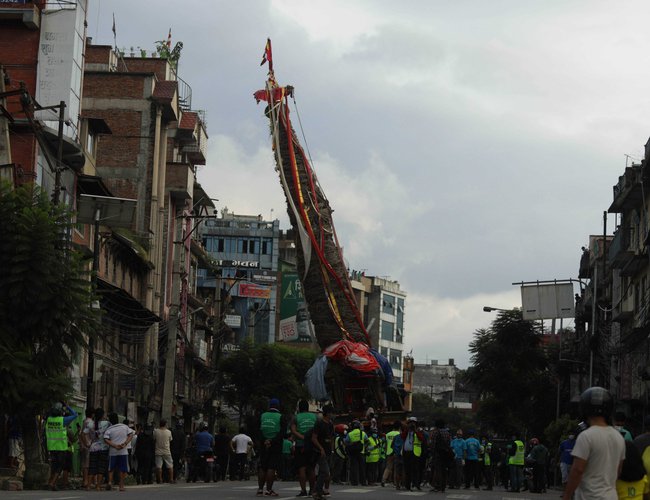 District Administration Office of Lalitpur has decided to clamp curfew in the inner city on Friday to prevent the further escalation of disorder in Patan.

On Thursday, a clash erupted between Lalitpur locals and police as the former started to pull the Machhindranath chariot that has been stranded for long in the area, defying the ongoing prohibitory order in the valley.

People in Patan Thursday pulled the chariot of Rato Machhindranath by defying the prohibitory order imposed by the local administration to control the spread of COVID-19, leading to an eruption of tension.

The curfew that has been decreed as per Local Administration Act 6 ka (1) will begin at 4 am and last till 10 pm, the DAO’s notice reads. The restriction will apply to the areas that fall within the Ring-Road.

The whole incident created a tense environment around Pulchowk with repeated clashes between the crowd and the security officers. One police constable and some civilians were injured in the clashes.

None of Thursday’s events happened with the consent or even knowledge of the relevant bodies. Machhindranath Jatra is a festival conducted through the coordination of more than a dozen communities, groups and organizations. Jyapu Samaj and the Guthi Sansthan are the two main bodies in-charge of coordinating, managing and successfully completing the festival, which is Nepal’s longest Jatra. 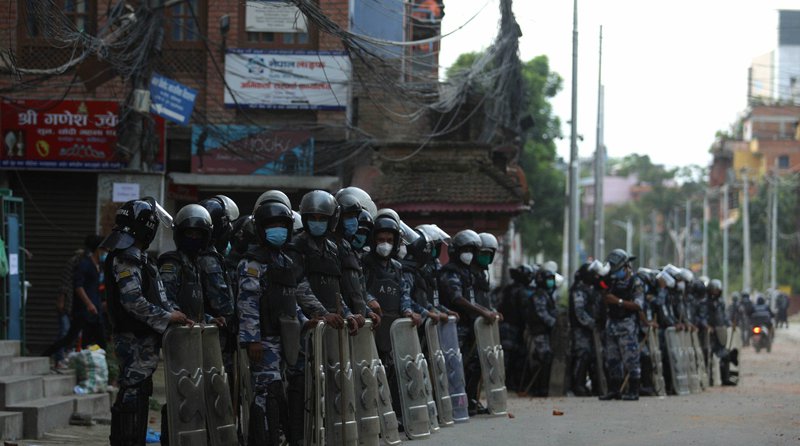 But Samaj President Chandra Maharjan said that they had not been informed about anything. “We don’t know who called the gathering and who authorized the pulling,” he said. The Lalitpur office of the Guthi Sansthan also said they were unaware of the events that took place.

Those gathered themselves seemed unaware of who organized the thing. Some said they were called by friends while others said they got invited on Facebook. An event was created on Facebook by the page Hamro Jatra calling people to gather at Pulchowk with the stated objective of pressurizing the stakeholders to respect tradition. A total of 517 people responded to the event. But the page has no links to any official organization or entity related to the festival in any way.

“We will conduct a forgiveness puja on Friday, pull the lord’s chariot a few meters on Saturday, celebrate the Jatra in the entire city at once on Sunday and take Machhindranath’s statue to Bungamati on Monday,” Samaj President Maharjan said, informing of a decision taken by the Samaj and 19 other organizations representing various ethnic communities of Patan.

Kumar Shasti And Sithi Nakha 2021: The Birthday Of Kumar And The Day To Clean Up Water Sources By Agencies 4 days, 5 hours ago