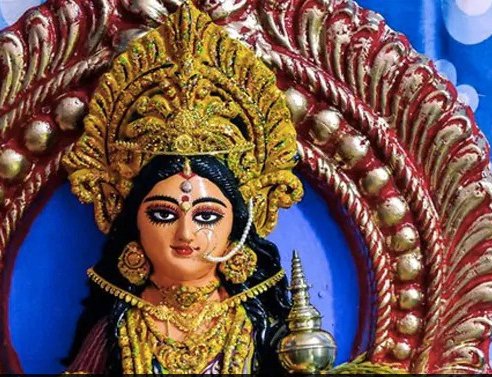 Kojagart Purnima 2020: Most Hindu devotees in Nepal and India observe Kojagari or Kojagrat Purnima. It is also known as Sharad Purnima, Kojagara or Kojagiri Purnima and Kumar Purnima. Farmers worship Goddess Lakshmi on Sharad Purnima for a good harvest.

Nepali Hindus are observing the Kojagrat Poornima (full moon day) today as part of the final day of the 15-day Bada Dashain festival by worshipping and paying homage to Mahalaxmi, the goddess of wealth and prosperity.

The Bada Dashain festival formally ends today with the marking of the Kojagrat Poornima--devotees offering worships to Mahalaxmi at their homes in the evening, and keeping vigil the whole night.

There is a belief that the goddess Mahalaxmi takes a trip around the world on the night of Kojagrat Poornima 'to check as to who is observing the vigil on this particular night'. As per this belief, the goddess of wealth blesses the people who are found observing the overnight vigil, says Nepal Calendar Determination Committee Chairperson Prof Dr Ramchandra Gautam.

Since the ritual of giving and receiving Tika and Jamara for the Dashain festival also concludes on this day, the Jamara that is sprouted and anointed at the Dashainghar and Kot on the day of Ghatasthapana is disposed of as per the religious tradition.

People also perform worship at the Swoyambhu Chaitya and observe the night vigil by lighting the Mahadeep lamp.

Each Purnima is dedicated to a different god and has distinct rituals. According to Hindu mythology, Kojagari Purnima is the only day in the year when the moon is resplendent in all its sixteen kalas or phases.

Devotees worship Goddess Lakshmi on Sharad Purnima. Lakshmi is worshipped for prosperity and abundance. It also marks as the harvest festival, signifying the end of the rainy season. According to the Drik Panchang, Kojagari Purnima is celebrated as Raas Purnima in the Brij region and it is believed that Lord Krishna performed Maha-Raas with his Gopis on this day.

On the night of Sharad Purnima, the Gopis came out of their homes after hearing the sound of Krishna's flute. The Gopis of Vrindavan along with Lord Krishna, danced throughout the night, according to mythology.

Traditionally, women fast for the whole day and prepare bhog for the Goddess. While some perform nirjala fast (without drinking water), others consume coconut water and fruits on the day. Along with several kinds of sweets, savoury dishes are also made. 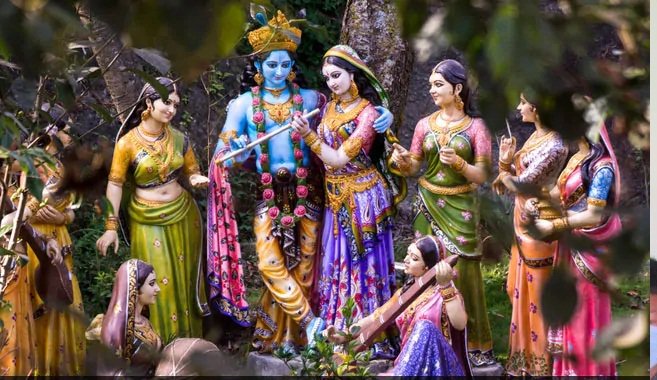 Sharad Purnima, also known as Kumara Purnima or Kojagiri or Kojagori Purnima, is one of the most significant Purnima or Full Moon nights for Hindus and it will be celebrated on October 30 this year. Sharad Purnima is observed in the Hindu month of Ashwin.

People, especially women observe the day-long Sharad Purnima fast (vrat) and prayers to Goddess Laxmi and Lord Vishnu. The puja samagri must include incense, lamp, kheer as an offering. Many people also feed brahmans and provide offerings to pandits.

In several parts of eastern India such as Bengal, Assa, Odisha, eastern Bihar, Goddess Lakshmi or Maa Lokkhi is worshipped on Sharad Purnima. Maa Lokkhi as Lakshmi or the goddess of wealth is called in Bengali is described as chapala or fickle-minded and so devotees worship Lakshmi to win her affection and blessings. According to legend, the Goddess Lakshmi visits the houses of people to bless them when they worship her at night. Kojagari is derived from the Bengali words Ke Jago Re meaning 'who is awake' and it is believed that the goddess visits houses where people worship her on that night.

Akshaya Tritiya 2022: Importance And Significance In Nepal By NEW SPOTLIGHT ONLINE 2 weeks ago