How Can The Problems Of Koshi Region Be Addressed Through A Nexus Perspective?

Various reports have stated that agriculture provides one third contribution to the entire GDP of the entire Ganges region, of which the Koshi Basin is a significant component. 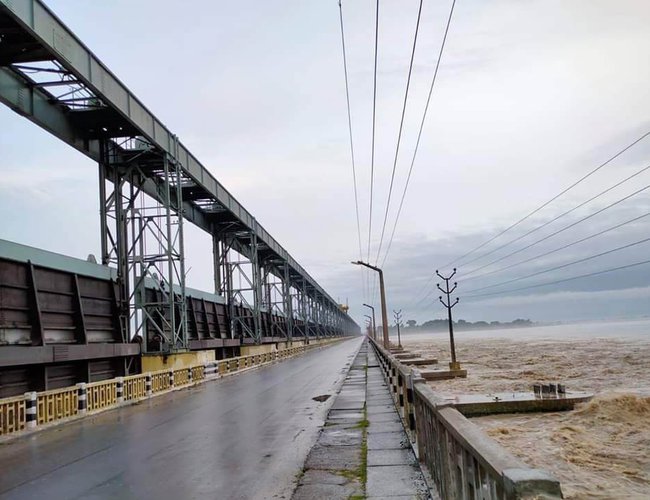 Studies predict that by 2050 AD, the Koshi region, which is the largest Himalayan river basin, will have major devastating and recurring flood events and lower lean season flows as a result of climate change. Climate change is going to have a major impact on the water, energy and food requirements of the countries relying on the Himalayan river basin. The Koshi River is one of those rivers, which is going to be massively hit by climate change-related risks and will impact around 30 million impoverished people. Most of the places around the Koshi river basin (in India and Nepal) are the most overcrowded and poor places on earth.

A team from ICIMOD conducted household surveys in various parts of Koshi basin (including Bihar region). The result revealed that nearly half of the respondents in the study areas of Nepal reported changes in cropping patterns. In the case of Bihar, a large majority of respondents reported changes in cropping pattern in the last 20 years. A major shift in cropping pattern was replaced by adopting nonagricultural professions in order to diversify their livelihood portfolio. The ICIMOD study also revealed that around 90% of the interviewed household reported being worried about the availability of food or proper food. Their worries extended for around three months in a year. Due to this phenomenon, an individual has to cope with various nonagricultural activities to maintain their livelihood. The seasonal nature of agricultural activities in the region has prompted lots of youths to go abroad in search of job opportunities. If we develop this region from a nexus perspective, which means not only harnessing the hydropower potential but also meeting the agricultural and environmental needs of the region, then it may have a major impact on the frustrated youths.

There was a study which did think from a nexus perspective. It found out that significant economic benefit could be achieved if the development of the Koshi basin is thought from water, energy and food nexus. The result showed that the increased benefit from the hydropower generation increased agricultural production and flood damage control could yield up to US$2.3 billion under a baseline scenario and US$2.4 billion under a future scenario, compared to an estimated annual investment of around US$0.7 billion. The greatest contribution will be coming out from hydropower which is around 60%. The combined contribution from the flood regulation and irrigation benefit will be 40%. The estimated flood control benefits from flood control will be largely accrued to the impoverished state of Bihar, where the Koshi flood creates havoc every year during the monsoon. However, the flood regulation is only possible through significant aquifer storage and the development of technologies to store aquifer through the floodwater.

Various reports have stated that agriculture provides one-third contribution to the entire GDP of the entire Ganges region, of which the Koshi Basin is a significant component. Furthermore, if considered as a zero-emission source, the Koshi Hydropower projects (various hydropower projects in the Koshi basin) could save around 2.9 million tons of CO2emissions per year. Based on an average carbon price of USD 15 per ton of CO2 and the assumption that 50% of the hydroelectricity generated would replace non-renewable (coal-based) electricity, the potential emission reduction benefits would be around USD 21.5 million per year, increasing the aggregated benefits to USD 2.30 billion per year.

Another important aspect apart from hydropower, agriculture and flood control benefits is the navigation aspect of the Koshi river. Various studies have proved that the Koshi river has the potentiality to make it navigable and provides access to the sea to a landlocked country like Nepal. Having done research in the possible navigation benefits in the Koshi river, Mr. AB Thapa has said, “Koshi waterway along with the downstream waterways of the Ganges river, and Hoogly river can provide direct linkage with industrial and commercial centers at Kolkata and Haldia”. In fact, not only Nepal, it will also provide benefits to the entire Northern region of India. In fact, river navigation also falls on the priority list of the government of India.Government of India had declared Ganga-Bhagirathi-Hooghly river system as National waterway (NW1) in 1986. The India government has allocated IRs. 2000 crore for the development of waterway to connect Varanasi and Kolkata.

However, these benefits can only be realized when there is a proper evaluation done regarding the progress so far. Many believe that the Koshi Treaty has not improved the livelihoods of the people living in the Koshi basin area. Surya NathUpadhyaya in his book has stated that the Koshi Pump Irrigation project which was supposed to be made by the Indian government based on the irrigation canal of the western side of the barrage is almost nonfunctional due to heavy electricity cost for its operation. This has a massive negative impact on the agricultural productivity of either side of the region. The Koshi barrage has done enough damage to the Indian side as well. Many Indian villages have lost productive agricultural land due to the maldevelopment practice of building river embankment in a haphazard way. Therefore, if we want to develop the region and its settlements, we have to think from a nexus perspective.

Why Upstream And Downstream Linkage In The River System Can’t Be Ignored?
Feb 19, 2021
Is The Lingering Of the Budhigandaki Hydropower Project The Sign Of Indo -Chinese Confrontation?
Dec 18, 2020
Addressing Water Security In The South Asian Region Through Nexus Governance
Sep 08, 2020
Excessive Use Of Pesticides Increases Health Risk
Aug 09, 2020
Why Nepal’s Policymakers Are Obsessed With Hydropower?
Mar 15, 2020