Most of the water security studies in Nepal have been context-specific. Some studies have focused on a farmer-managed irrigation system, some have focused on hydropower potentiality and some based on agricultural insecurity 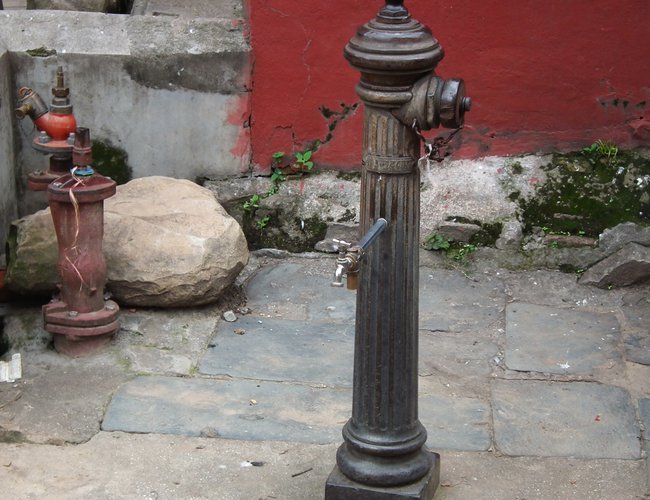 COVID 19 has been creating havoc since December last year. As of now, around 900,000 people have already died due to the disease. As a precaution, we have been advised to wash our hands in every interval of time. We have been following that advice since day 1. But what about those people who don’t have access to clean water? According to reports, nearly 4.2 billion go without safe sanitation services and 3 billion people lack basic handwashing facilities. Not only developing countries, even developed country like US has been facing the problem of water crisis since a very long time. According to AsitBiswas, in the US, two million people do not have access to piped water. Nearly 25% of health care facilities worldwide lack even basic water services. Asit Biswas further states that in South Asia with over 1.7 billion people, there is not a single town or city that trusts their water utilities

The deteriorating socio-economic condition of South Asia is one of the contributing factors for water insecurity. In South Asia, the socio-economic situation was already grave even before the pandemic. Now the COVID 19 has further exacerbated it. According to sources, nearly half of the world’s poor (46%) and more than a third (35%) undernourished people live in this region. More than 500 million people don’t have access to electricity, more than 900 million people (52%) don’t have access to proper sanitation and more than 200 million people face chronic food shortages issues. With a growing population, rising economy, growing middle class and rapid urbanization, South Asian people are facing precarious problems, including the challenges to meet the rising demand for water, energy and food.

Efforts in the water resource development in the South Asian Region is mostly single purpose-oriented and don’t serve the larger interest. Most of the water security studies in Nepal have been context-specific. Some studies have focused on farmer-managed irrigation systems, some have focused on hydropower potentiality and some based on agricultural insecurity. GolamRasul writes, “These piecemeal projects may serve short term needs, but they can also serve other potential co-benefits and undermine long-term strategic goals and the integrity of the regional public goods. The policymakers in the current scenario have to think from a nexus governance perspective. The nexus approach offers a conceptual approach to better understand and systematically analyze the complex interactions between the natural environment and human activities, and to work towards more coordinated management and use of natural resources across sectors and scales.

In the case of Nepal, failure to look from a multi-use perspective, various projects did not gain significance as they should have gained. The case of the Melamchi Drinking Water Project is very pertinent in this scenario. The project is the biggest and the most expensive infrastructure scheme in Nepal today and will bring 170 million liters a day to Kathmandu. Phase 2 of the project will also connect the Yangri and LarkeKhola through two more tunnels and nearly triple the daily water flow. However, if it was thought through a nexus perspective, then it would have been more significant. As Dipak Gyawali writes, “The additional diversions from the Melamchi tributaries would not only provide some 50 MW of hydroelectricity but also triple the dry season flow from six to thirteen cubic meters per second, meeting all possible future demand for drinking water in the valley. Below the Chobar gorge at the southern tail end of the Kathmandu valley, the head difference between it and the Terai plain of some 900 meters could be used to generate an additional 190 MW of power for the Nepal power grid. In addition, the increased dry season flow in the Bagmati river could increase the potential irrigable command area of the lower Bagmati plains in Sarlahi and Rautahat districts by 30,000 hectares.” Now the project has become very costly and still not functional after more than 25 years of construction. According to sources, the government will have to spend another Rs 300 million to bring the Melamchi water to Kathmandu Valley under a temporary arrangement. The project is projected to cost around $464 million.

Therefore the time has come that we should not view water as a single-use entity. Rather, we should view water as a multi-use entity. This pandemic situation has further increased the urgency. As AsitBiswaswrites, “ the time has already come when water policies and major water-related issues should be assessed, analyzed, reviewed and resolved within an overall developmental and societal context otherwise the main objective of water management, such as improved standard and quality of life of the people, poverty alleviation, regional and equitable income distribution and environmental conservation cannot be achieved”. As the International Water Management Institute (IWMI) has said, water connects health, food systems, climate change, nature, energy and finance. The fabric of water security is created by weaving together effective governance, knowledge, and skills, connectivity across systems and investment in and application of infrastructure, technologies and services for the ecosystem. In this scenario, the importance of nexus governance kicks in.

Why Upstream And Downstream Linkage In The River System Can’t Be Ignored?
Feb 19, 2021
Is The Lingering Of the Budhigandaki Hydropower Project The Sign Of Indo -Chinese Confrontation?
Dec 18, 2020
How Can The Problems Of Koshi Region Be Addressed Through A Nexus Perspective?
Nov 21, 2020
Excessive Use Of Pesticides Increases Health Risk
Aug 09, 2020
Why Nepal’s Policymakers Are Obsessed With Hydropower?
Mar 15, 2020