Why Upstream And Downstream Linkage In The River System Can’t Be Ignored?

Koshi basin is the referred to those areas where KoshiRiver is the main source of livelihood. It drains an area of 92,538 sq. Km. and supports 10 million people upstream and 30 million people downstream. 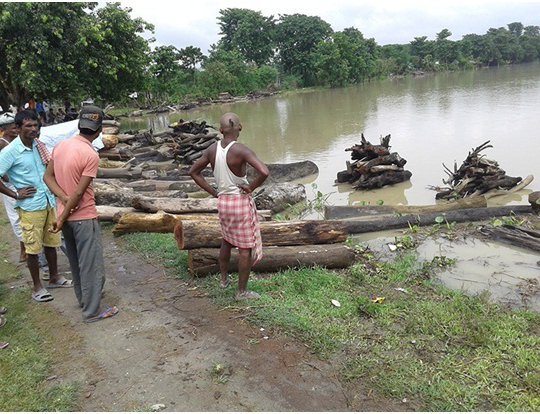 From time immemorial rivers have helped develop the human race. Many civilizations have started in the river bank. In Nepal, all of the major rivers (Gandaki, Mahakali and Koshi) are glacier-fed. That means it starts from the Himalayan glaciers upstream and flows downstream. While flowing from upstream to downstream it creates many social, geographical areas. Therefore there is a linkage among the upstream and downstream areas of the river system. Since there are communities in every area right from upstream to downstream, it has social linkage as well. Among many large rivers of Nepal, this article is mainly focused on Koshiriver which is one of the largest contributors to the Ganges river of India.

Koshi basin is the referred to those areas where KoshiRiver is the main source of livelihood. It drains an area of 92,538 sq. Km. and supports 10 million people upstream and 30 million people downstream. There is very little research conducted with regards to the upstream, downstream linkage in the Koshi basin. Especially, with regards to the freshwater ecosystem of the Koshi region, the depletion of freshwater resources is very prominent. Therefore, the conservation of freshwater ecosystem upstream will also affect freshwater ecosystem downstream which affects the vulnerable populations. A study found that out of the people living in the Koshi Basin areas, the people from the mountain region were more vulnerable followed by the mid-hill and Terai region. This shows the linkage in the vulnerability of the population living in the basin. The vulnerability in the Koshi basin is relatively high but the source of vulnerability is different in different ecological zones.

During the Jure Landslide in 2014 which was caused by the erratic rainfall in the Sunkoshiriver, various infrastructures such as roads and hydropower projects in the Sunkoshi river got damaged. Around 150 people lost their lives. The loss due to flash floods in the downstream area could be huge. But the loss was minimized when the excess water was inundated in time from the Sunkoshi dam. Therefore due to the upstream/downstream linkage losses could also be minimized. Therefore upstream/downstream linkage necessitates the development of a shared river system in an integrated and collaborative manner. Water-related infrastructure projects can help in intensifying upstream/downstream linkage both in terms of risks and advantages. Structures like dams and reservoirs can store water during flood periods, which can be available during dry seasons and provide the necessary water for necessary irrigation, provide electricity and also provide inland navigation. 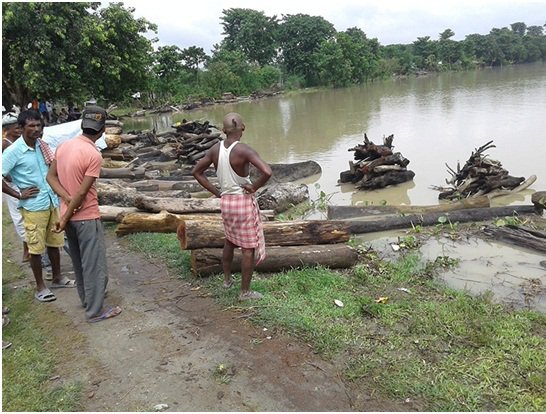 Fig. 4: People collecting woods that came in the Koshi River as a result of landslides or destruction of forests upstream. Source: (https://thehimalayantimes.com/nepal/landless-locals-collect-wood-from-koshi-for-a-living )

A study states that the Koshi has a theoretical hydropower potential of 23,000 MW out of which 10,000 MW is economically viable. In 1985, the Japan International Cooperation Agency (JICA) identified 11 potential hydro projects (seven run-of-the-river and four storage types) along different tributaries, and various surveys have suggested that more than 6,000 MW of hydropower could be generated, but current hydropower generation is less than 200 MW. Out of the proposed projects in the Koshi basin, JICA gave high importance to the Saptakoshi High Dam Project which has a storage potentiality of 8500 million cubic meters (MCM). Similarly, it also states that the proposed large reservoir at Chatara in Nepal could supply year-round irrigation in the downstream areas. A proposed barrage on the Saptakoshi about 8 km below the dam would regulate water for irrigation and navigation. The proposed water storage in Saptakoshi could store more than one-fourth of the total annual water flow. Monsoon flow is 70.8% of the total flow and provides around 34 km3, which means that almost 40% of the monsoon water could be stored (if the reservoir is emptied before the onset of the monsoon), which would have a significant impact on flood moderation downstream. Similarly, the development of a 165 km navigation canal from Chattara (downstream of Barahachhetra) to Kursela would link Nepal to India’s Inland Waterway No. l along the Ganges, facilitating the import and export by both countries at low prices using water for transport.

Therefore, this clearly indicates that there is an upstream/downstream linkage regarding the river system. People living in both upstream and downstream areas have benefitted from the river. There are not only social linkages but religious linkages as well. People from the downstream region go to the upstream region for worship. There are many temples in the higher altitude region such as Muktinath, KailashParvat, GosaiKunda etc. which Hindu and Buddhist worshippers from various regions go to worship. However, while developing water infrastructure projects people from the other areas are completely ignored. Thinking from a single perspective (in this context, power perspective) is not enough while making a water infrastructure project. We have to think from a multipurpose perspective. Similarly, we should also think from the perspective of every people living in the region (upstream and downstream people) while developing the infrastructure.

Is The Lingering Of the Budhigandaki Hydropower Project The Sign Of Indo -Chinese Confrontation?
Dec 18, 2020
How Can The Problems Of Koshi Region Be Addressed Through A Nexus Perspective?
Nov 21, 2020
Addressing Water Security In The South Asian Region Through Nexus Governance
Sep 08, 2020
Excessive Use Of Pesticides Increases Health Risk
Aug 09, 2020
Why Nepal’s Policymakers Are Obsessed With Hydropower?
Mar 15, 2020