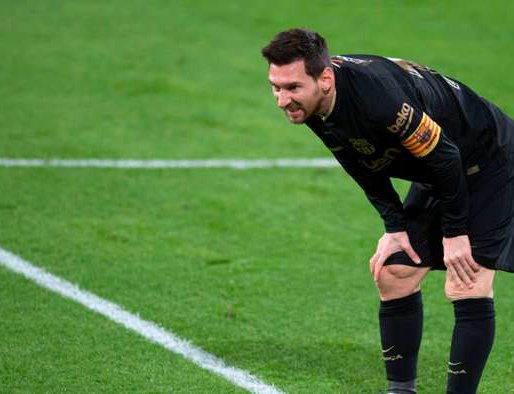 The Catalan giants have failed to get going this campaign and face an uphill battle to challenge for the title Barcelona's 2-1 loss against Cadiz on Saturday has sealed their worst start to a La Liga season since 1987-88.

Ronald Koeman's side currently have just 14 points after 10 games of the new league campaign with the club last accruing less than that at this stage 32 years ago, when they picked up 13.

Cadiz, who have now beaten both Real Madrid and Barcelona this season after being promoted, were gifted the three points on Saturday after a defensive error allowed Alvaro Negredo to score a simple winner in the 63rd minute.

Barcelona had equalised via an own goal just six minutes prior, having first fallen behind in the eighth minute after Alvaro Gimenez opened the scoring for Cadiz. Goal

The result leaves Koeman's side stuck in seventh in the La Liga table - 12 points shy of league leaders Atletico Madrid who remain the only club yet to lose this season.

Having seen Barca win their past three matches in convincing fashion, Koeman conceded their loss against Cadiz was a significant step backwards.

"We can't concede a second goal like that. It's a lack of concentration. It's hard to explain what happened because we had a good week," Koeman said post-match.

"I think the first-half wasn't good. We lost a lot of balls. There was a little improvement in the second half.

"It's a giant step backwards to be able to compete for La Liga. I'm very disappointed. They [Atletico Madrid] are many points away. If we do not improve the attitude away from home, there is nothing else to say."

Midfielder Sergio Busquets added: "This year we had individual mistakes that have cost us a lot of points. Today it happened to us again.

"Recent games have greatly penalised individual errors. It is not an attitude problem. In the Champions League, the team looks like another one. I can't tell you why, if I knew, we'd try to correct it."

"The objectives remain the same. What happened today, we will encounter it more times during the year," he said.