This research was undertaken at the Central Campus of Technology in Hattisar, Dharan. 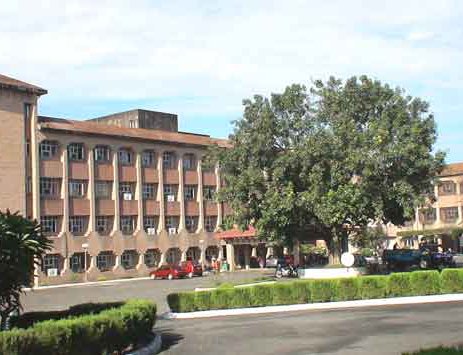 Those who have expertise and have done research should approach and share with the local government. Local government is like a guardian; they should come and discuss. That might bring some solutions.’ This verbatim of Mayor of Dharan sub-metropolitan city (DSMC) is from Dharan Pani Chautari held in November2020, organized by the municipality in collaboration with South Asia Institute of Advanced Studies (SIAS).The Pani Chautari event discusses water-related issues amongst the relevant stakeholders. In the event organized in DSMC, the Mayor had made this remark owing to his unawareness of the research on groundwater despite its value to the local government. This research was undertaken at the Central Campus of Technology in Hattisar, Dharan. In the discussion, while the university professionals expressed their concerns about the research not being absorbed by the local government, the municipal leaders were ignorant of the past and ongoing research.

The above example vividly reflects the gap in communication and collaboration regarding research of academic institutions with the local government in Dharan. Similar scenarios can commonly be inferred from almost all the local governments in Nepal. Lack of interest to go beyond the established practice of routine work culture and explore and appreciate knowledge has adversely affected the planning and programmatic interventions capacity of the local governments. Consequently, their effectiveness in addressing the challenges lags. On the other side, the knowledge being produced at the Universities is merely used for academic publications and promotions. While the gaps in the research and practice have become characteristics of the developing world, instances from developed countries show strategic partnerships and collaborations between the academic institutions and the local governments. The local governments there support and consult Universities as key partners in the planning and development activities in their region. Not to reach far, our neighboring country China showcases one of the best examples of collaboration between the Universities and the government at different scales.The Chinese government encourages its local governments to fund research projects.This collaborative working culture has contributed to devising governments’ innovative policies, evidently making China currently one of the biggest economic giants in the world.

In Nepal,research has never been a priority of the government.Although over the years,the governments have institutionally supported a couple of “think tanks”for policy inputs, such collaborations are confined at the central government level. Furthermore, political interference and paucity of funds squeezed their research space and contributions. For instance, the Centre for Economic Development and Administration (CEDA) and Centre for Nepal and Asian Studies (CNAS) are University-affiliated think tanks but have not been able to deliver the anticipated outcomes. With this, the government has limited spending on universities for research purposes. University Grants Commission is the only federal agency that provides students, faculty members, and universities research funds,pivotal in promoting academic research and strengthening research capacity in Nepali universities. The role of universities, despite hosting brilliant brains and well-trained human resource capable to contribute in bridging business, knowledge, and society, remains undermined.

The foremost step in mutually benefiting both the local governments and the academic institutions would be identifying the barriers that are limiting the materialization of this opportunity. Firstly, there isa huge gap in the institutional mechanism/structure for facilitating research as a priority in the municipal program and budget. More importantly, an institutional mechanism for communicating municipal efforts to the academic institutions is absent. Some fund allocated by the municipalities for research is accessible only through the personal and political networks. This is a serious constraint nullifying the good intent behind the research-based development efforts and demotivate the enthusiasm for research activities.Such political interference are also visible during the appointment of university leaders that turn the university education into a battleground of political play.

Secondly, universities and municipalities operate on different mandates and are engaged in delivering their respective outcomes. Despite this difference, together they possess the ability to strengthen each other through knowledge and resource generation and exchange. While the municipal governments can support research organizations institutionally and financially, universities can also explore and access external funds and conduct need-based research for municipal development.Universities serve as an important asset producing trained and educated human resources that can be deployed for expanding the capacity of the local governments. Municipalities with the help of universities can utilize the research and evidence-based solutions to address local challenges, achieve Sustainable Development Goals as well as innovate ways to become resilient in the current context of climatic and socio-economic uncertainties.

Thirdly, academic institutions are under constant challenge to match the interest of funding agency, their own research interest and research in connection to societal needs.Under this pressure, pursuing research for addressing the contextual development needs seem to have been compromised.In many cases, universities depend on national financial support, which is very limited. Additionally,the academic institutions face policy or management related hurdles due to the lack of clear policies for institutional collaboration. Furthermore, the basis to evaluate academic institutions and hence their focus have been on maximizing the number of graduate students or advancing the infrastructure and equipment services.Support for developing the research capacity of the faculty members and the students remains neglected.Many scholarly publications by the faculty members are aimed to meet recruitment or promotion requirements and lack research credibility.

Strengthening cooperation and communication between the local government and the academic institutions would not only be a major step towards addressing these barriers and undertaking need-based research but also in innovating evidence-based interventions.Municipalities, through collaboration with local academic institutions in research and development can utilize the expertise, experience, and updated scientific knowledge for devising sustainable solutions.Referring back to the case of Dharan as an example, controversies around groundwater sustainability has challenged implementation of groundwater-based drinking water project despite it is that near to completion.Groundwater management requires long term monitoring and research. Regular monitoring of groundwater through mobilization of academic institutions can help acquire data on groundwater status and support the sustainable water management plan of the municipality.

Needless to say, the local governments need to support the academic institutions by revisiting policy, legal and financial measures and encourage them to widen their research focus. More importantly, institutionalizing the mechanism to allocate funds, and incorporating research on a programmatic basis can ensure priority for research, fair access to municipal resources and systematize collaborations between their knowledge and development responsibilities. Forming an active research wing or unit at the municipality can facilitate coordination and discussion, which are crucial for integrating research into municipal planning and policy. Such collaboration can address the issue of data gaps, currently a major challenge for many municipal governments in formulating their development policies. Mobilization of the students, for instance in data collection by embedding these into the practical course would also provide hands-on experience to the students. Universities can revisit their teaching modules and provide academic credits for such practical exercises. Likewise, academic institutions can also make proactive efforts for collaboration by approaching the municipal governments for sharing their research ideas, findings, and developing research relevant to local planning and policy-making. Strategic collaboration can be mutually enriching. It not only enhances academic expertise to develop our academic institutions as the center of excellence, it can also bring in immense support for local-level planning and overall development of municipal capacity. Such collaborative working culture is crucial for long-term sustainable development and strengthening the local democracy in a federal structure.

Authors are Researcher at Southasia Institute of Advanced Studies (SIAS)

Conferment Of The Order of Japan’ Decoration As Very Special To Me By Himalaya Shumsher Rana 2 days, 13 hours ago

Long History Of People-To-People Exchange Between Japan And Nepal. By Yutaka Kikuta 2 days, 17 hours ago