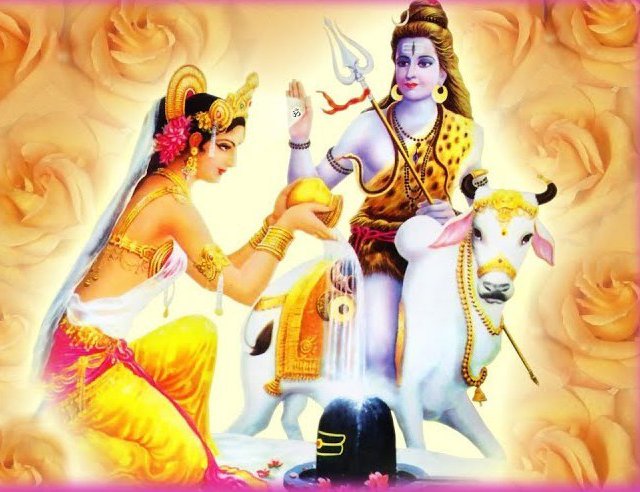 Magh Purnima and Swasthani Bratakatha begins on January 28. In Nepal Worshipers of Swasthani and Shiva take a huge massive bath together, which is believed to make miracles

Magha Purnima is an important day in Hindu calendar. Religious texts describe the glory of holy bath and austerity observed during Magha month. It is believed that every single day in month of Magha is special for doing charity work. Magha Purnima, which is popularly known as Maghi Purnima, is the last and most important day of Magha Mahina. People perform certain rituals like holy bath, offering alms, donating cow and Homa at Prayag, the confluence point of the river Ganga, Yamuna and Saraswati, on Maghi Purnima.

During Magha people take early morning bath in the Ganga or in the Yamuna throughout the month. The daily bathing which starts from Paush Purnima ends on Magha Purnima. It is believed that all charity work done during this time are fructified easily. Hence people offer charity to needy according to their capacity. It is also the last day of Kalpawas, the one month austerity camp put up on the bank of the river Ganga at Prayag.

In Nepal, people worshiped Shree Swasthani Matha, the festival is focused on the miracles created by Shiva and Swasthani. The gods are believed to grant wishes to the pure. Therefore, for a month period, people are praying and participate in mass bathing outdoors. The festival is believed to be especially important to women who wish for family welfare or a good husband. Males also participate, yet they are much fewer. 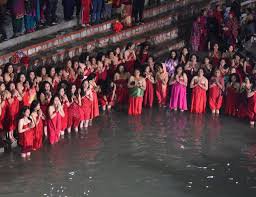 Festivities take place during the month of Poush that usually falls in the winter months. Namely, Shree Swasthani Bratakatha begins on the full-moon of Poush and finished on the full-moon of Magh. The rituals takes place on the river banks in various Hindu shrines across the country. Some of the most famous places to witness the festivities are around the capital city of Kathmandu, namely Pashupatinath Temple, Sali Nadi Temple in Sankhu, Bhaktapur, and others.

Shri Swasthani Brata Katha is a popular ritual observed in Nepal in the Magh month (January – February) during winter. The ritual is dedicated to Goddess Shree Swasthani, a Goddess known to grant wishes of her devotees, and Madhav Narayan. Swasthani Brata 2021 is from January 29 to February 27. The month long telling of the tales are dedicated to the Goddess and the stories that are mainly narrated are those of Swasthani Devi, Lord Shiva other Gods.

The Brata is observed from Paush Purnima to Magh Purnima as per traditional Hindu Calendar followed in Nepal. (January - February).

During the Vrata period, after early morning shower the pooja of Shree Swasthani begins. In the evening chanting of brata katha or stories is a must. The routine shouldn’t break. It should go on uninterrupted for one month from the date of commencement. At the completion of chanting hymns, flowers and fruits are to be distributed among all those listening to brata katha.

On the concluding day of puja on a copper plate the holy symbol of Om is painted and a Shivling using mud is erected on it. Later, pooja of the Shivling takes place and this concludes the Shree Swasthani Brata Katha.

Navratri 2022: Ghatasthapana, The Day Of Shailputri By NEW SPOTLIGHT ONLINE 2 days, 8 hours ago

Rosh Hashanah: What To Know About The Jewish New Year By NEW SPOTLIGHT ONLINE 4 days, 8 hours ago 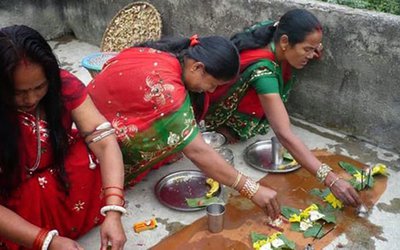