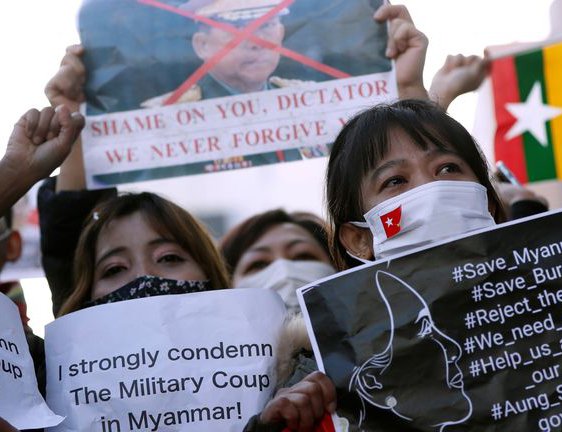 The UN Human Rights Council has adopted a resolution on the situation in Myanmar following the military coup on February 1. It calls for the immediate release of detainees including ousted de facto leader Aung San Suu Kyi and President Win Myint.

It was approved by consensus during a special session in Geneva on Friday.

China, Russia and others pulled out. Their envoys said they are "disassociating" from the resolution.

UN Special Rapporteur Thomas Andrews condemned what he described as the arbitrary detention of government officials and human rights leaders.

The resolution stresses the need to refrain from violence and fully respect human rights, fundamental freedoms and the rule of law.

Putin Declares Annexation Of 4 Territories Of Ukraine To Russia By Agencies 3 hours, 30 minutes ago

Abe's State Funeral To Be Held On Tuesday By Agencies 4 days, 4 hours ago