May His Soul Rest In Peace’: World Reacts To Prince Philip Death 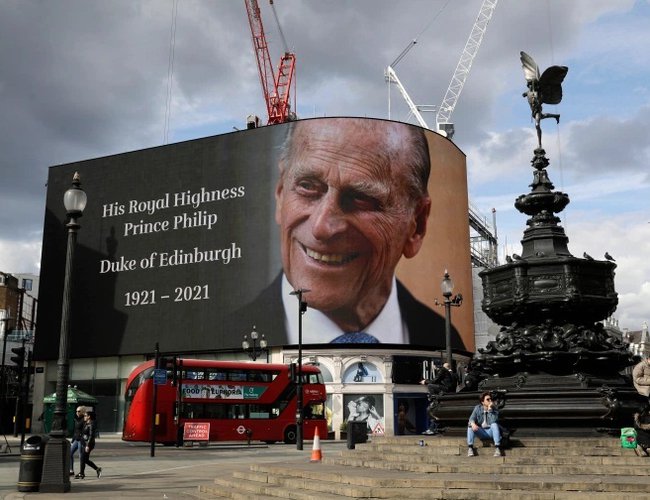 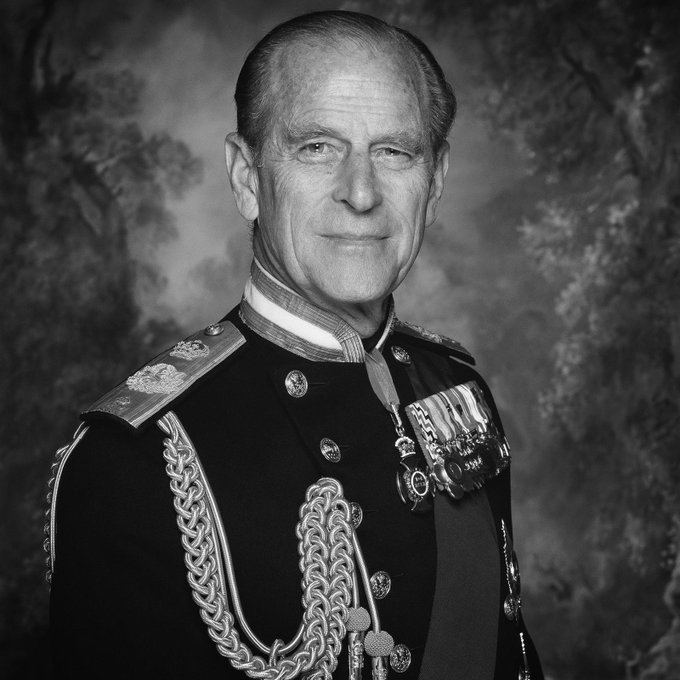 “It is with deep sorrow that Her Majesty The Queen announces the death of her beloved husband, His Royal Highness The Prince Philip, Duke of Edinburgh,” the palace said in a statement.

“His Royal Highness passed away peacefully this morning at Windsor Castle. Further announcements will be made in due course. The Royal Family join with people around the world in mourning his loss.”

Flags at Buckingham Palace and at government buildings across the United Kingdom were immediately lowered to half-mast.

Members of the public also began to lay flowers outside of the palace, which sits in central London, and at Windsor Castle, the royal palace to the west of the capital where Prince Philip and Queen Elizabeth II have resided during COVID-19 lockdowns.

The College of Arms, Britain’s heraldic authority, said there would be no state funeral or lying-in-state, reflecting both tradition and the prince’s “wishes”, as well as current COVID-19 restrictions in England.

“His Royal Highness’s body will lie at rest in Windsor Castle ahead of the funeral in St George’s Chapel. This is in line with custom and with His Royal Highness’s wishes,” it said in a statement, without specifying a date upon which he would be laid to rest.

“It is regretfully requested that members of the public do not attempt to attend or participate in any of the events that make up the funeral.”

The Queen’s ‘strength and stay’

The Duke of Edinburgh, as he was officially known, had spent four weeks in a UK hospital earlier this year to receive treatment for an infection and have a heart procedure, but returned to Windsor in early March.

He was only months away from his 100th birthday in June and had been by the queen’s side throughout her 69-year reign, the longest in British history.

“He has, quite simply, been my strength and stay all these years,” the queen said in a rare personal tribute to him made in a speech marking the pair’s 50th wedding anniversary in 1997. The couple married in 1947, five years before Queen Elizabeth II succeeded to the throne.

After completing more than 22,000 solo appearances, Prince Philip retired from public life in August 2017, although after that he occasionally appeared at official engagements. 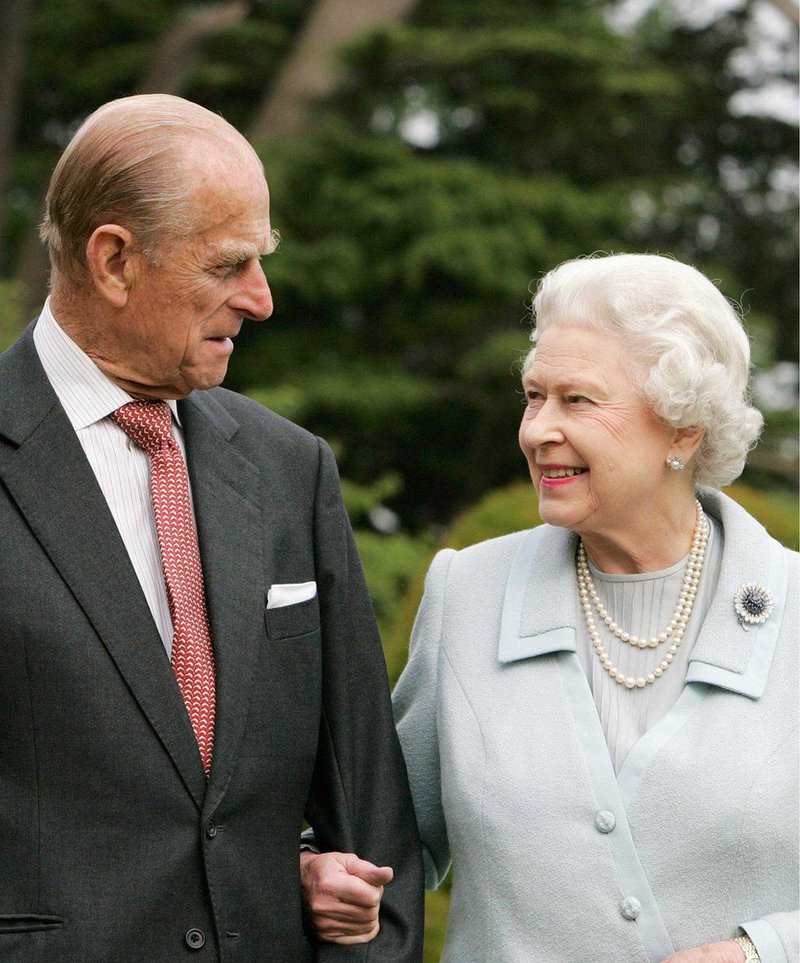 In his life, he earned a reputation for a tough, no-nonsense attitude and a propensity for occasional bigotry. He was also widely admired for his extensive charitable efforts, which predominantly focused on younger people, wildlife conservation and battling climate change.

British Prime Minister Boris Johnson said he would be remembered, “above all, for his steadfast support for Her Majesty the Queen”.

“Not just as her consort, by her side, every day of her reign, but as her husband, her strength and stay of more than 70 years,” Johnson said in a televised address to the nation.

A statement issued by Buckingham Palace just after midday spoke of the Queen's "deep sorrow" following his death at Windsor Castle on Friday morning.

He was the longest-serving royal consort in British history.

Prince Charles said his father's life was an "astonishing achievement".

Reflecting on Prince Philip's life for a BBC programme, Prince Charles said: "His energy was astonishing in supporting my mama [the Queen] - and doing it for such a long time, and, in some extraordinary way, being able to go on doing it for so long.

"What he has done has amounted to an astonishing achievement, I think."

Princess Anne said the duke "treated everyone as an individual, and gave them the respect he felt they were due as individuals".

Announcing the duke's death, the Palace said: "It is with deep sorrow that Her Majesty The Queen announces the death of her beloved husband. 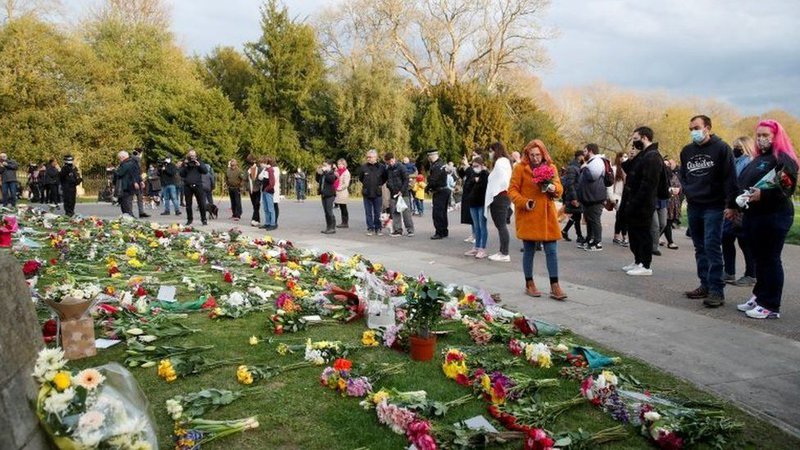 "The Royal Family join with people around the world in mourning his loss."

It is understood that the Prince of Wales travelled to Windsor Castle to visit his mother on Friday afternoon.

Speaking at Downing Street, prime minister Boris Johnson added that the duke had "earned the affection of generations here in the United Kingdom, across the Commonwealth, and around the world".

Meanwhile, Justin Welby, the Archbishop of Canterbury, said he "consistently put the interests of others ahead of his own and, in so doing, provided an outstanding example of Christian service".

In tribute to the duke, Westminster Abbey tolled its tenor bell once every 60 seconds for 99 times from 18:00 BST - to honour each year of his life.

Earlier, the flag at Buckingham Palace was lowered to half-mast and a notice was posted on the gates to mark the duke's death.

However, the government urged the public not to gather or leave tributes at royal residences amid the coronavirus pandemic.

Beijing Grapples With 'Zero-COVID' Unrest By Agencies 1 day, 4 hours ago

Anti-coronavirus Curbs Erupt In Beijing, Shanghai And Elsewhere By Agencies 2 days, 4 hours ago

6 Million Ukrainians Are Still Affected By Power Outage By Agencies 4 days, 4 hours ago