Mahavir Jayanti 2021: Celebrating The Birth Of The 24th Tirthankar

Mahavir Jayanti 2021: Celebrating The Birth Of The 24th Tirthankar 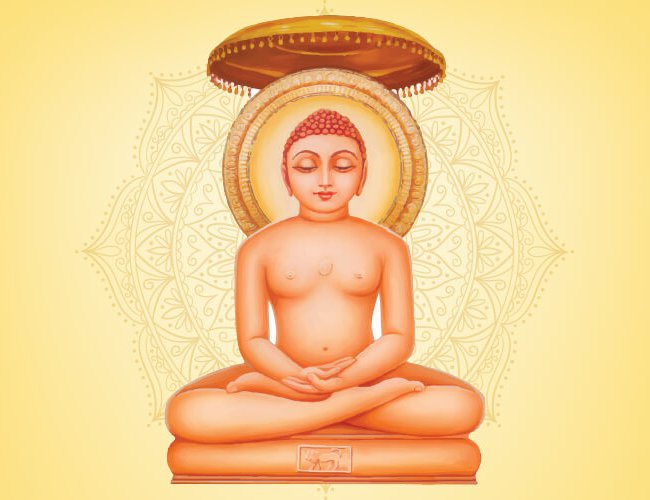 When the seriousness of the world wasn’t felt, and it saw the contrast between wealthy and deprived, a legend was driven to start a mission of living a life filled with peace and prosperity. Yaas, that’s Mahavir Jain, the 24th and the final Tirthankar who established Jainism in India. Mahavir Jayanti is the celebration of his glorious birth anniversary, which holds the utmost importance among Jains. It is also well-known as ‘Mahavir Janma Kalyanak’.

In the Gregorian calendar, this festival falls in the month of March or April. According to Jain scriptures, Mahaveera was born on the 13th day of the Moon’s bright half, during the Chaitra month of the year 599 BCE). This year it will be observed as per the below dates and tithi:

Your 2021 Report contains the answers and steps for the year ahead. Grab the chance and know your detailed predictions done by learned astrologers.

When Mahavira was born, the surroundings became greatly peaceful and experienced serenity. Gods and Goddesses from the paradise offered reverence to the Tirthankara. They bathed the infant in a ceremony and gave him the names Mahavira and Vardhaman. Regarding the birth of Mahavira, there is also a famous legend related to HIS mother.

Right before Mahavir’s birth, his mother Trishala had 16 dreams each presenting different objects. Here are those dream symbols and their significance:

A white elephant: A child of great moral values will be born.

The Full Moon: Peace and support

A throne of rubies and diamonds: Being the world teacher.

A garland:- Popularity and admiration from society.

A bull: A well-known religious teacher who will share knowledge and peace.

A vessel full of gems : Dignity and Wisdom.

It was at the age of 30 that he left earthly pursuits and began meditating. He meditated under an Ashoka tree for 12 years continuously and got enlightened.

Mahaveera travelled across India and conveyed lessons to eliminate superstition and several false beliefs. He instituted Dharma to set morals, ethical values, and honesty. His preaching was inclined towards total non-violence. He had brought light to the importance of meditation and fasts for humans to attain a lot of virtues.

Being a fortunate event for the Jain people, Mahaveer Jayanti is observed with great pomp at all the Jain temples. It is majorly celebrated in temples of Pawapuri in Bihar, Girnar and Palitana in Gujarat, Shri Mahavirji Temple in Rajasthan, and Parasnath Temple in Kolkata. Many Jains carry out charitable deeds to attain the blessings of liberation. A few of them give lectures in the temples nearby to spread the goodness of Jain doctrine. People also prepare customary food on this day and serve it to the needy.

Maintain austerity and conduct fasting throughout the day.

Adorn the puja altar or room with flowers.

Cleanse the idol of Mahavir by doing Abhishekam using water and milk.

Offer sweets, flowers, and fruits to the deity.

Serve clothes, money, food or any basic needs to the poor.

Many Jain temples are seen with a new flag at the top of it during this day. Moreover, some groups also carry out a procession carrying the idol of Mahaveer.

Chanting the below Navkar mantra is said to be favourable on Mahaveer Jayanti:

Meaning Of The Above Mantra:

I pay homage to all Arihantas (enlightened beings)

I pay homage to all Siddhas (liberated souls)

I pay homage to all Acharyas (religious experts)

I pay homage to all Upadhyays (religious teachers)

I pay homage to all Sadhus (Sages).

The five-fold tribute destroys all sins.

It is truly the most auspicious of all mantras.

Like mantras, performing vedic pujas is helpful. Book an online Puja done by expert Pandits to remove negative energies from your life.