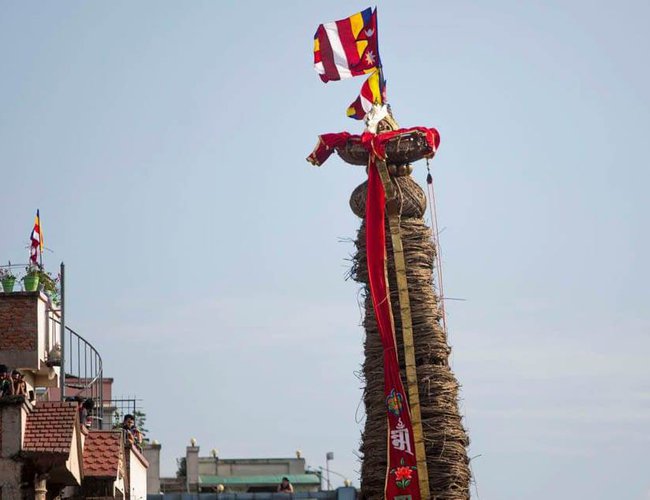 Following the efforts of elected representatives and community organizations, the chariot procession of Rato Machhindranath has shortened to make it just symbolic.

The longest chariot festival of Nepal that usually lasts for one and a half to three months was shortened to just a single day this year because of the second wave of COVID-19 that has engulfed the nation.

According to Chandra Maharjan, president of Jyapu Samaj which is one of the main bodies in charge of managing the festival, the chariot was ceremonially pulled a distance of 25 meters from the Jogambar shrine where it was constructed to the Manda: Phalcha rest houses in Pulchowk. 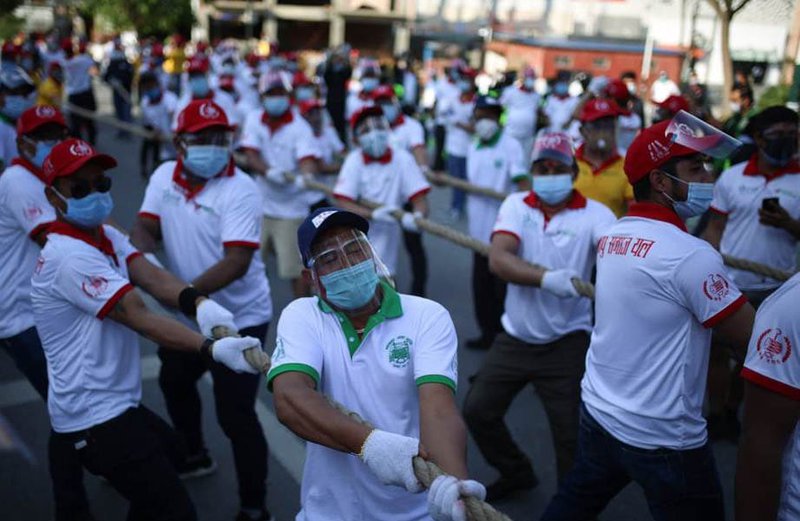 Maharjan informed that the chariot was pulled by 125 people only. All of the pullers, along with the priests, the path guiders (Ghaku) and everyone involved maintained as much physical distance as possible in the scenario and wore masks, gloves and face shields, he said.