We introduced ourselves. The elderly gentleman was very humble and said his name was Hari Sharan Nepali ‘Kaji’ 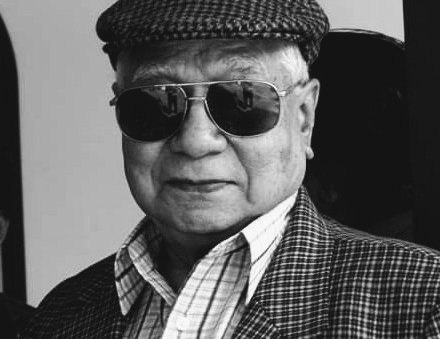 One beautiful evening, I was invited to a birthday reception in Hotel in Thamel. It was dusk time, slightly before it got dark. The host was yet to show up. I immediately joined two gentlemen in deep conversation across a table after they confirmed that they were part of the same program.
We introduced ourselves. The elderly gentleman was very humble and said his name was Hari Sharan Nepali ‘Kaji’. In course of the conversation, he said he normally would love to have people gather at his house in Kshetrapati, but the earthquake of 2015 had left it badly damaged. ‘It is under repair now.’
To me, it was like a flashback. I spent my early childhood in Thamel,
not very far from his house. There was a huge gap—in fact, many decades—between the two of us. But when you go back to childhood, you are nothing more or nothing less than a child. You are just a child:
curious yet innocent.
There were mostly indigenous people occupying the area, mostly doing farming and owning small businesses. But generations that followed switched to other businesses, and migrated and settled along with their old parents abroad.
Kaji was a prodigal son, deeply rooted in the soil, with its fragrance and charms binding him there. The idea of deserting the place never came across. We suddenly switched to the topic that was so favorable to him. It mesmerized me all through. I told him how as a
child, I could see the mountain range—snow-clad—beneath the serene sky, from my terrace in Thamel.
The House that we lived in was surrounded by trees, which was home to many species of birds, making every morning pleasant with their chirps. As a toddler, I used to hold my grandfather’s hand and feed pigeons and other birds every morning.
I shared with him my vague memories about the features of the birds around. We suddenly switched to the topic that was so favorable to him. It mesmerized me all through. I told him how as a child, I could see the mountain range—snow-clad—beneath the serene sky, from my terrace in Thamel.
Kaji began collecting a large number of bird skins, along with feathers and many of them adorn the Kathmandu Natural History Museum now.
I visited his home a few times after that meeting that really watch birds around my home and the river nearby. A couple of months later, Hari Sharan Nepali Kaji’ presented to me with his autograph and best wishes a book—Nepal ka Charaharu—in which he introduced himself as the Founder President, Bird Conservation Nepal 1982.
The book is full of various species of birds with their full pictures in color, and description as well as tips on how to watch and understand the avian world. My interest grew, and I began surfing websites and relevant sites. I instantly ‘liked’ and followed the page of birds’ conservation Nepal.
Once, I got a chance to participate in the bird watching event at
Godawari Lalitpur. I joined other participants in the morning, laced with a backpack and binocular that was essentially prescribed.
The participants were mostly Nepalese bird watchers from various professions and students from the College of Forestry. We all got together at the designated place, and then followed the Guide deep into the forest.
The first forty-five minutes were disappointing as no birds came to our vicinity. As we moved forward silently, we could hear the sounds of birds distinctly. Then, we focused in to trace the direction and exact location of those birds.
Finally, they were within my vision range. I could notice tiny birds first. Chara Kaji had given me three common tips to recognize birds:
Eyes, Tail and Beak. They indicated how different one bird was from another. The tip unmistakably worked. I could see new birds which were different from the ones I had previously seen. The joy of seeing new birds was something that enchanted me. I felt like being at the top of the world.
Bird watching, of course, needs interest and passion. One has to keep one's ears open to listen to their small movement. It requires calmness, patience and concentration. The joy it gives lasts much much beyond the time one spends in the bird watching the event. I felt much relaxed and accomplished for days after the event. I could sense how President Carter chose to visit Nepali forests and birds and chose ‘Chara Kaji’ as his guide and companion.
Birds and their sanctuaries take us close to nature that is undoubtedly the source of nature in its pristine form, Any age of the people leading otherwise hectic life would feel the change instantly once they get to such sanctuaries. Nepalis people are blessed to have
to empower Nature and our own Ornithologist Hari Sharan Nepali ‘(
chara kaji) telling us about its Netizens. Kaji, his gentleness, and slow narratives of his work coming from his mouth will always remain firmly in my memories.