US Troops Withdrawal From Afghanistan And Implication To South Asia

Afghanistan also known as the “graveyards of Empires” where empires and nations have failed to mollify which the British learned from the 1839-1842 war in Afghanistan. The US decision to withdraw from the longest war is the newest in the sequence. 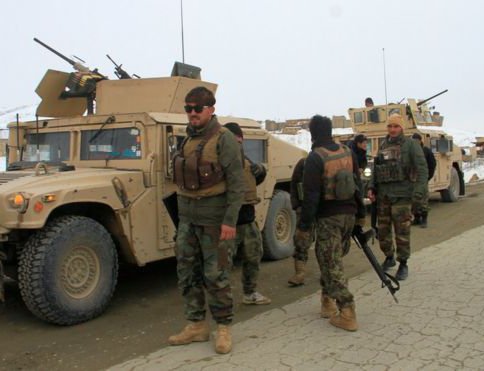 The 14th April 2021 US Presidential announcement to withdraw US and North Atlantic Treaty Organization (NATO) forces from Afghanistan draws our attention to the affect; this is going to have in the region. The withdrawal is accepting not only a turn back of succession formulated and consumed for the last two decades but may also increase security threats as terrorists and non-state actors like the Taliban and al-Qaeda, as well as the terra-firma standing for more terrorists’ organizations trying to conceive, concoct and train against adversaries will gain some ground. In this turn of events, nation states of South Asia will witness a rise of both dormant and active terrorist threats. Therefore, there is now an expectation, not just from the Afghanistan, but from regional powers particularly China, India, Iran, Pakistan, Russia, Turkey and the Central Asian nations to maintain regional security order even after the withdrawal of American and allied forces. This is a political debate that has been around for some time now. But priority has shifted ,interests have revised and urgency of risk assessments and preparations have altered after last month.

Afghanistan also known as the “graveyards of Empires” where empires and nations have failed to mollify which the British learned from the 1839-1842 war in Afghanistan. The US decision to withdraw from the longest war is the newest in the sequence. US and Allies forces withdrawal, which was deployed from 2001 after the 9/11 twin tower attack to ensure the land not to be used as a staging area for terrorist attack in the US and Allies homeland will come to an end leaving other challenges to the US and other powers particularly bordering Afghanistan.

Afghanistan is a landlocked gateway that lies at the central of Asia with four adversaries; challenging terrain, repelling domestic forces, opposition of rising regional powers and foreign armies, which connects three main terrestrial and cultural provinces: the Iranian plateau in the west, central Asia to the north and the Indian subcontinent to the southeast.

There are approximately 40 militant groups active in South Asia, which holds substantial reasons for operation. The South Asian nations will have to live with the Taliban, al-Qaeda and other non-state actors that may be detrimental for domestic security and South Asian Security.

Presence of the US forces dispirited the extremist forces as well as provided a protected setting for India’s functions. American reliance on Pakistan strategic advantage because of her geographic position for operational maneuvering and strategic depth will be missing. There are occasions when the dependence has been used in turn against India contrary to the last two years when President Trump has explicitly criticized Pakistan for providing shelters to terrorist organizations. The immediate bordering nations will have to live with the return of Taliban to power in Kabul and an encouragement to passionate religious extremist. The Taliban and the Haqqani group had safe heavens in Pakistani grounds after the US forces landed in Afghanistan and were also known to be established by Pakistani security and intelligence institutions. Pakistan will be pulled into the folds situating added challenge to the already fragile security situation. Upsurge of unpredictability in Afghanistan and spill-over upshot to neighboring states will put at risk the likelihood of China Pakistan Economic Corridor (CPEC).

Afghanistan is one of the South Asian nations with noticeable influence of Islamic State of Iraq and Syria (ISIS) and can jeopardize the stability of a broader region. With the political vacuum and divisional socio-religious complexities the Islamic State in Khorasan, the Afghan avatar of ISIS will have new grounds along the disputed Durand Line between Pakistan and Afghanistan. Evidences express that thousand from Central Asians Turkmenistan, Uzbekistan and Tajikistan have joined ISIS ranks bordering Afghanistan.

Laskhar-e-Toiba and Jaish-e-Mohamed will reposition in South Asia and Afghanistan’s fragile and instability will provide them with ample opportunities. India-Pakistan contention will escalate. This is proceeding at an instance when India pushed back Chinese hostility along the Himalayan borders and progressing closer to Washington.

The US decision and the South Asia policy of the US has put India as one of the regional stake holders with a great challenge with China and Russia in one side challenging the US as well as China’s confrontational approach with India for being closer to the US.

The rise in recent attacks in Afghanistan on strategic sites and assassination attempt on Mohamed Nasheed, former President of Maldives are instances. The collaboration and cooperation of South Asian nations to counter extremism, acts of terrorism and organized flow of refugees will be more imperative in days ahead when economy is falling and states are confronting challenges posed by COVID-19.

China has been time and again revealed inconsistent approach about US presence in Afghanistan and even blamed it to be the source of instability as well as swerved from its initial purpose of counter terrorism and mutated strategic design to influence the hub of Eurasia and China’s bordering states. The withdrawal has been criticized by China as an irresponsible behavior of Washington for severely affecting the peace process, the deteriorating security situation and regional stability particularly after the May 8th bombing and also called upon the UN and the Shanghai Cooperation Organization to consider the state of affairs.

The likelihood of a civil disturbances and war in the urban areas of Afghanistan will expose Xinjiang Uygur Autonomous Region, northwest province of China, where China has been accused of committing genocide and crimes against humanity against the Uygur ethnic minorities. The UN human rights committeecommission in 2018 conveyed of reliable evidences of Chinese retaining up to a million people in counter extremism centers in Xinjiang. China as an immediate neighbor of Afghanistan and as trategic ally of Pakistan could see a largerrole taking into account the sensitivities of Xinjiang province.

Russia was overwhelmed at the hands of US supported Mujahideen and withdrew from Afghanistan three decades ago now with the chances of a post-US role for Moscow in Afghanistan. Russia has been at the forefront for peace in Afghanistan which has not been well trusted by both the Taliban and the Afghan government. The March meeting known as expanded “Troika” of China, Pakistan, Russia and the US along with the Taliban and Afghan delegates came out with a NO to the establishment of an Islamic Emirates and called on the Taliban to abandon plans on the Spring offensive leaving the Taliban annoyed.

Iran bordering Pakistan and Afghanistan has security threats from both with the Taliban regime in Kabul. Iran has links with the Hazaras and also hosted a Taliban delegation opening channels for pursuing better opening.

What Nepal needs to do

Stern measures need to be activated by one, strengthening of the law-and-order forces, two, efficient border management procedures, three, review documentation like the citizenship and other national identification and finally immigration mechanism. These measures are prerequisites for accurate data and further course and plan of action.

In institutional capacity development the administration should focus on professionalizing the institution rather than politicization. Second, the source of political instability must be painstakingly considered. Third, corruption the source of slack system of governance needs modification. Fourth, diplomatic attempts for security diplomacy as well as being part of and encouraging and even leading the regional collective arrangements will support the endeavors.

Uncertainty and intensity of the regional security status quo will extend across Asia and the world after the withdrawal of US and NATO forces from Afghanistan. The vacuum will amply or may provide space for violence activities to expand as terrorism and political violence will merely bring in new strategic confrontation in South Asia. With the geopolitical swing India possibly will be comparatively detached in preserving its Afghan interests. Terrorism in South Asia is based on militancy from extremist ideology and fundamentalism adopting a varied causes affects involving independence or separatism, both right-and left-wing beliefs and rebellious religious finitism.

Now is the best time for South Asian nations along with concerned regional organizations to reassess and re-examine regional security risks, threats and challenges. The UN Global Counter-Terrorism Strategy which agrees on a common framework with a four-pillar plan of action offers a collective outline for this.

In addition to the international framework, existing regional structures and plans of organizations including South Asian Association for Regional Cooperation (SAARC) and the Bay of Bengal Initiative for Multi-Sectoral Technical and Economic Cooperation (BIMSTEC)presents workable documents for regional collaboration on issues related to border security, mutual legal assistance, and law enforcement of the importance of developing an effective, broad based regional response to any threat. There is also a Regional Convention on Suppression of Terrorism 1987, August 2008 for “combatting terrorism”, SAARC Terrorist Offensive Monitoring Desk (STOMD) and the SAARC Drug Offensive Monitoring Desk (SDOMD) and an Expert Group on networking Amongst Police Authorities.

Similarly, the summit of BIMSTEC in 2004 expressed concern about the threat of terrorism and established a Counter-Terrorism and Transnational Crime Sector (CTTCS) to coordinate the sub-region response. The fourth BIMSTEC Kathmandu Summit stressed on the fact that terrorism and transnational organized crimes continue as a great threat to international peace and security and requires sustained efforts and cooperation and comprehensive approach. BIMSTEC nations initiated a joint military exercise to address common challenges as well (in which Nepal did not partakeconveyingnon-alignment policy).

All in all, it is time that existing international and regional framework on geopolitical security should be examined as the US and NATO forces prepare for withdrawal from Afghanistan triggering the region of standing more vulnerable to political instability and terrorism.