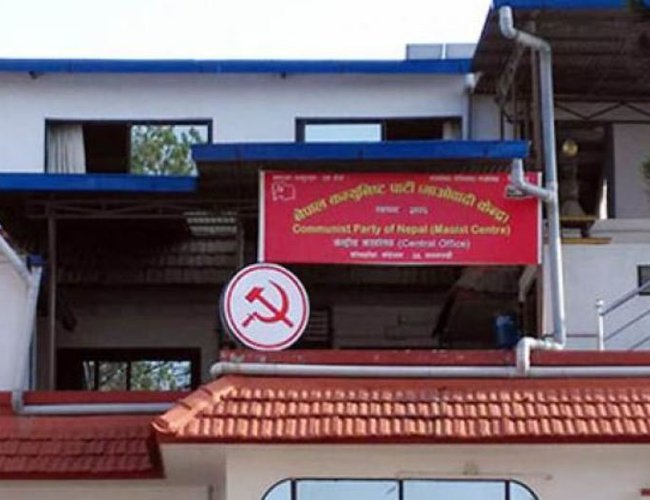 As the constitutionally directed general conventions of the main political parties are approaching to an end, the country now is in the temperament for another three-layer election. Alongside the Supreme Court orders, the coalition government headed by Nepali Congress (NC) is asserting to be united till the election, while the United Marxist Leninist (UML) the biggest political force in the parliament is convening to still maintain its electoral mandate. It is relevant to look back what transpired in the last fifteen years with the signing of the 12-point agreement in New Delhi on 22 November 2005; to examine whatsoever transpired in the recent political history of Nepal with an argument that the upcoming five years post coming up election will either build or break Nepal’s destiny. China and India's collaboration, competition and confrontation as well as ambition in global affairs are both immediate neighbors. China and the only global power the US’s rivalry is ongoing. The political determination, economic undertakings and diplomatic behaviors will significantly have a strategic bearing on Nepal and the smaller nations in South Asia as well as nations states in the Indo-Pacific Region both oceanic and continental.

The Comprehensive Peace Accord was signed just a year after the 12-point Agreement between the Government of Nepal and the Nepal Communist Party Maoists (NCPM) on 21st November 2006. After King Gyanendra proclaimed conceding executive power to the new prime minister (PM) nominated by the political parties to administer and re-start democratic practices on 21st April 2006, which was followed by reinstating of the parliament with Girija Prasad Koirala as the PM three days later. The parliament on 10th June 2006 scrapped the major powers of the King ending the idea of the “King in Parliament” with all executive powers vested in the PM followed by the pronouncement of the Interim Constitution eight months later on 15th January 2007. The original plan to conduct the Constitutional Assembly (CA) election was for June 2007 was postponed several times notably after the NCPM pulled out of the government demanding the immediate dissolution of the monarchy. The political effort was aimed at disassembling the only resolute, unwavering institution even after the 10 years of conflict that primarily had political stimulus, social influence and cultural embrace. The political parties were not in good shape, quite disorganized living in fear, distress and even forcefully backed the Maoistsmovement to avoid terror and extortion.

Nepal was declared an independent, indivisible, sovereign, secular, inclusive, democratic, social-oriented federal democratic republic state on 28th May 2008 by the newly 601 elected member CA, which was approved by the non-elected parliament and announced on 24th December 2007 as part of the peace deal with the NCPM. The political transferal was not in favor nor had a good turn for the constitutional political forces notably the NC, UML and Rashtriya Prajantantra Party and honored the NCPM, who have faith in dismantling the deep-rooted old democracy and to capturing state power and setting up “new people’s democracy” (naulo janabad) inborn from the thoughts of Mao Zedong in the 1930s. The Maoists ' struggle was in the form of a new democratic revolution that can telescope the phases of bourgeois and proletarian domination merged with the Leninist theory of “continuous revolution”.

The second CA was held on 19 November 2013, which proclaimed the new constitution almost two years later on 20 September 2015 by 90 percent of the 598 legislators but dissatisfaction by the parties that support the monarchy and the Madhesh based political parties still prevailed.

The ideological differences and leadership’s personal ambitions leading to intraparty differences hindered the motivation and convinced Head of the Government Oli to drag along in the days in power.

The opposition the NC, a democratic force is heading the government with yet another unusual power-sharing. The likelihood of another political stunt cannot be denied furthering political instability as the major challenge in a secular, federal and new republic. The source of national power the people’s trust in the political parties has declined to almost 74 percent, expanding diverse forms of disputes and contests.

The Legislature and the Executive is indecisive even when the preponderance recognizes the wounds in the political pronouncements and the political governance system creating a vacuum and prisoning the nation.

The Judiciary’spronouncement to re-instate the parliament, appoint NC President Sher Bahadur Deuba as the Prime Minister as well as an uprising against the Chief Justice for his resignation has quantified a wide-ranging impression in the transitional progression. The void will complement social, cultural and governance breakdown in the near term, which the country is not primed for.

Developmental efforts by donors are on the verge to be politicalized. The Millennium Challenge Corporation Nepal Chapter is an example.

The geopolitics of the Himalayas with heavy investment in improving Tibet’s infrastructure and connectivity as well as China’s land border laws adopted on 25 Oct that will resume from 1st January 2022 is aimed at “improving livelihood and unite people’s hearts”. China’s “Go West” 1999 campaign as part of the western development strategy will be spending approximately $ 30 billion between 2021 to 2025. The two-fold capabilities of roads, railroads and airports militarily and civilian in Tibet will gain strategic advantage along the border with India. The world’s loftiest mountains embrace smaller nations which India saw as buffer states in line with Lord Curzon’s theory is in a reservation. This is a strategic challenge in the twenty-first century for the largest democracy India and the oldest democracy US, which is another example.

This fosters strategic challenges and an opportunity for Nepal to acquire or lose political trust and diplomatic portrayal. The constitutionally mandated election will transpire within a year with another argument of who will lead and claim political posture to influence the election. And it is not uncommon to comprehend that money and authority are two key attributes that will sway the election.

Political willpower and geopolitical theory intended for geostrategic connectivity below the Himalayas like the China Pakistan Economic Corridor, Trans Himalayan Multi-dimensional Connectivity Network and China Myanmar Economic Corridor to the Indian ocean is authenticity with various projects of the BRI.

Artificial Intelligence will affect every field of human endeavors particularly in society, economics, politics and foreign policy portends effects beyond the scope of one nation.

Of the $94 Trillion world economy, four countries the US, China, Japan and Germany craft atop one-half by gross domestic product (GDP). The GDP of the US by itself is greater than the collective GDP of 170 countries. GDP in the percentage of the US is 24.4%, China is 17.9% and India 6th in line is 3.1%.

The biggest armies in the world ranked by active military personnel are China with 2,185,000 followed by India with 1,445,000 and the US with 1,400,000. The strongest militaries are the US followed by Russia, China and India.

Though it is difficult to define the most powerful countries in the world are the ones that shape the global economic patterns, preoccupy policymakers, a trend to have strong defense and military as well as tracking of the foreign policy of powerful nations. According to worldpopulationreview.com 2020 survey released in 2021, the US is the world’s most powerful country with the world’s largest economy with a GDP of $20.93 trillion and the most massive military budget of $778 billion, The defense spending is higher than the next ten largest defense spenders (China, India, Russia, the UK, Saudi Arabia, Germany, France, Japan, South Korea and Italy) combined. China and Russia rank second and third known for their military spending and vast physical expanse. China’s economy of $14.3 trillion. India ranks 13th with $2.87 trillion.

With these global and regional undertakings, both Nepal’s immediate neighbors China and India play significant while the US shapes the world and has great stimuli on both neighbors.

Prominent politicians fear; a fear that was brought about while in power, during hostilities or acted on behalf of other’s national interests, which is corruption accusations, human rights allegations and reaching out to the people or conducting a referendum on the major alteration to the political system for aligning the nation.

When Nepal awaits India’s precise policies, PM Deuba has been expressing on various podiums that it is time for all the political forces to unite for national interests. The identified interests that should preempt the foreign policy in the contemporary geostrategic environment. But what is that policy that should guide the instruments and the tools of the country as well as what is the resolution and understanding that was behind the 12-point agreement is a rougher challenge if not addressed will lead to political dilemma post upcoming election. 12-point agreement envisioned the return of democratic practices with an end to autocratic rule by the monarchy and to bring the armed groups to democratic part. The prominent politicians fear; a fear that was brought about while in power, during hostilities, or acted on behalf of other’s national interests, which is corruption accusations, human rights allegations and reaching out to the people or conducting a referendum on the major alteration to the political system for aligning the nation.

The 12-point agreement was reached between the seven political parties and the NCPM under the supervision of the Indian ruling Congress. Nepal’s political, economic, social, cultural environment is tracking. The population the source of national power and the democratic practices through ballots is sometimes guided by anti-India oratory though India remains the most beneficial, convenient and constructive immediate neighbor for Nepal geographically, culturally and people-to-people relationship. The 12-point Agreement can be argued that it was not India’s policy nor did the ruling party the Congress had an exit strategy that would foster democratic values and better Nepal and India relationship. It was strategic inaccuracy.

When India is striving to find the prominence of its stance on principles and features of foreign policy, which are Panchsheel, India’s belief in support of democracy, no to endorse unilateral sanctions or military actions, no to interference and yes to intervention on national interest, constructive engagement over aggression, strategic autonomy with yes to partnership and no to an alliance and finally global consensus on issues of global dimensions. There are two choices either strengthen audaciously the arrangements envisioned by the 12-point agreement or recoup a united Indian foreign policy towards Nepal as part of the “Neighborhood First” policy. If India does not take steps, it will neither help its national interest nor help Nepal stride to stability and prosperity.