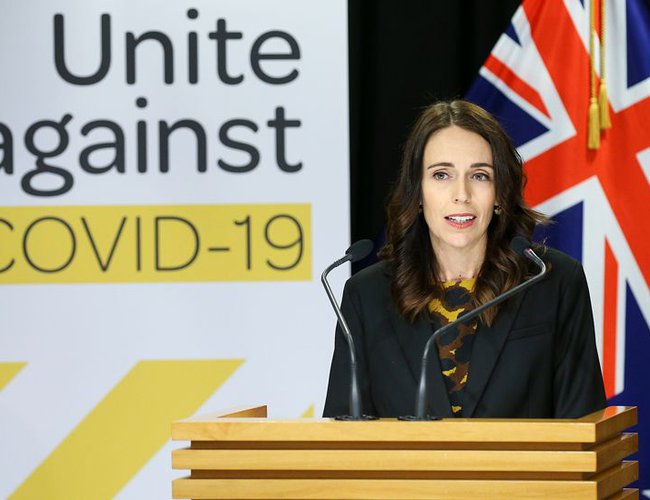 New Zealand's government has put the entire nation into a lockdown after finding a single community case of coronavirus infection.

The measures went into effect midnight Tuesday and will be in place for three days.

People must stay home and avoid going out, except to buy food and other essential purposes.

Restaurants and bars are banned from operations. Schools are closed as well.

New Zealand had contained the spread of the coronavirus with strict border controls and other measures. No case of community spread of the virus had been reported since late February.

But on Tuesday, officials confirmed that a man in his 50s in the largest city of Auckland had the virus.

This is the second time New Zealand has imposed its toughest level of coronavirus restrictions since March last year. This was the first time a single case triggered a nationwide lockdown in the country.

A seven-day lockdown will be in effect for Auckland and regions the infected man had visited recently.

Officials have yet to confirm the infected man had the Delta variant.

But Prime Minister Jacinda Ardern suggested at a news conference that it is highly likely it was the Delta strain.

She stressed the need to take strict measures at an early stage, saying, "We've seen the dire consequences of taking too long to act in other countries."

Ukraine welcomes US Offer Of Long-Range Rockets By Agencies 20 hours, 56 minutes ago

US Shoots Down China's Balloon, Says Defense Department By Agencies 21 hours, 11 minutes ago