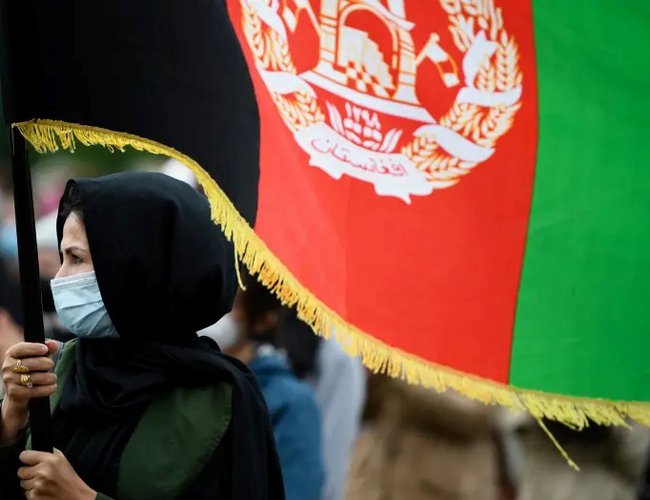 The Afghan ambassador to Tajikistan on Wednesday rejected Taliban rule of his country and said Panjshir province, north of Kabul, would serve as a stronghold for resistance led by self-proclaimed acting president Amrullah Saleh.

Afghan First Vice President Saleh said on Tuesday he was the "legitimate caretaker president" of Afghanistan after President Ashraf Ghani fled the country as Taliban insurgents took the capital Kabul.

The narrow Panjshir valley is still littered with the remnants of armored vehicles destroyed by the forces of the former Mujahideen leader Ahmad Shah Massoud during the Soviet invasion of the 1980s.

It also became a center of the anti-Taliban resistance in the decade following and a key stronghold of the Northern Alliance that the United States supported to defeat the Taliban in 2001.

However, it was unclear how significant any resistance might be from Saleh, one of Massoud's closest aides, or whether the holdout was a prelude to a compromise with the Taliban, who have so far not entered the area.

Massoud's 32-year-old son Ahmad Massoud is believed to be in Panjshir with his supporters. It was not immediately possible to reach a spokesperson for his movement.

Unconfirmed reports also suggest that remnants of some of the elite Special Forces units trained by the United States have retreated to the area following the Taliban's lightning campaign that led to the fall of Kabul on Sunday.

Possible resistance could complicate the Taliban's attempts to impose a unified government on Afghanistan's complex mix of regions and ethnicities.

The Persian-speaking Tajiks of western and northern regions, including the Panjshir valley, have long been opposed to the southern and eastern Pashtuns who make up the core of the Taliban.

Aghbar said a coalition government involving the Taliban that would represent all Afghan factions was possible if they "let others live in peace and accord."

Italian aid group Emergency said its hospital in Panjshir was operating and was taking in a growing number of wounded.

"Regarding our hospital ... unfortunately we have to report that admissions for war surgery are increasing," said Alberto Zanin, medical coordinator of the group.

Russians Advance On Bakhmut As Allies Mull Jets For Ukraine By Agencies 13 hours, 23 minutes ago