There has been involvement of each Nepal government and political party while in power seeking MCC assistance from the beginning. 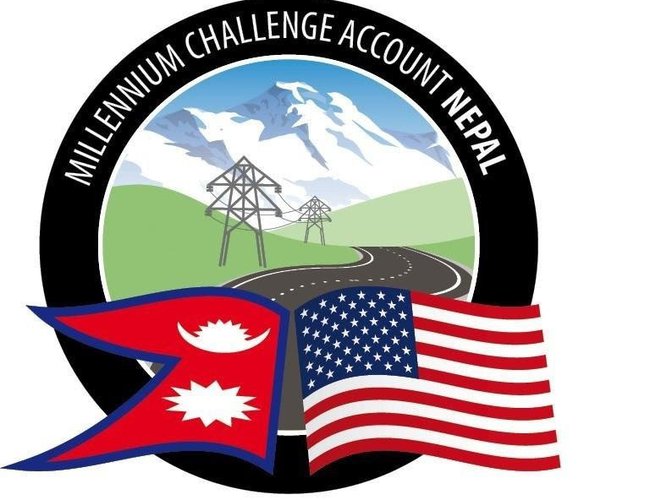 The MCC assistance from the United States of Americaappears to have been originated in response to theUN general assembly'sdeclaration ofMillennium Development Goals(MDG)in 2000 with targets to combat poverty, hunger, disease,illiteracy,environmental degradation and for gender equality and emphasis on human rights, infrastructure development and improvement in living standard.There was also an emphasis on development partnership with aid from developed countries to achieve the goals in developing countries.After the conclusion in 2015, MDG was succeededby theUN adoption of Sustainable Development Goals. I recall my participation representing Nepal in the UN International Conference 2002 on Development Finance in Monterrey, Mexico participated by heads of UN,WorldBank,IMF,WTOand over 50 heads of state/government and 200ministers. While addressing the conference,US President George Bush made commitment to raise US development assistance by 50 percent with additional $5 billion annually through millennium challenge accounts(MCA).

Subsequently the Millennium Challenge Corporation(MCC) was established by US Congress in 2004 as foreign aid agency for bipartisan aid to promote economic growth, poverty reduction and strengthening institutions.MCC provides grants to low-income and lower-middle-income countries through competitive selection based on specific criteria and indicators regarding demonstrated commitment to democratic rule, economic freedom, good governance, civil liberties, political rights, funding for education, child health and human development.As of September 2017, MCC had partnerships with 46 countries around the world including Nepal after selection from among a much larger number of candidate countries.

The threshold phase of MCC was approved for Nepal in 2011 at the government request which was followed up by a diagnostic study that concluded energy and transport sectors as binding constraints for higher economic growth for which large scale Compact assistance was required. In 2014 MCC approved to support Compact program with a grant between US $300 and 700 million. MCA Nepal office was started in 2015 with national experts that conducted detailed feasibility studies for specific projects for negotiation. The Compact agreement was signed in September 2017 with the allocation of $500 million MCC grantand a $130 million domestic counterparts for the identified energy and road development projects. The energy component comprises a 400 KVpower transmissions line of 312 km length starting from northeast of Kathmandu at Lapsifedi to the west and south side including Kathmandu-Ratmate-Damauli-Butawal, also Ratmate-Hetauda with three major substations, and cross border transmission linefromButawalto Gorakhpurof India. The transportation project includes the repair and up-gradation of certain portions of the East-West highway.

There has been the involvement of each Nepal government and political party while in power-seeking MCC assistance from the beginning. But unfortunately, the Compact agreement signed in September 2017 is yet to be ratified by parliament as required for every Compact aid receiving country, despite Nepal'sprior commitment to ratify it by September 2019. There had been a dispute against the agreement by a section of the previous ruling Communist Party of Nepal resulting in the obstruction to its presentation for parliamentary ratification. The obstruction stems from various false criticisms based on political prejudice, confusion, falsehoods and misinterpretation of the Compact agreement.

The critics consider the MCC project as a compromise to national sovereignty misinterpreting the project agreement as US laws prevailing over Nepali laws and calling MCC as part of Indo Pacific strategy (IPS) of the USA with the military alliance. Sovereignty means the supreme power of the state within the territory, with the authority to govern the country free from external control. This argument that MCC undermines national sovereignty is totally false, as the agreement is related to purely development assistance projects and its implementation without any intervention to state authority. There is no component of military or any strategic alliance as part of MCC. There is no need at all for the country to be a member of IPS.

The critics tie the MCC with the IPS pointing out a comment reportedly made by David Ranz, an acting deputy assistant secretary of state department for South Asia during Nepal visit in 2019indicating theUS grant under MCCas part of IPS that seems to have an economic wellbeing objective also in addition to security and governance components. Although there is no connection between MCC and the Indo-Pacific strategy, it is incorrect to conflate the MCC assistance to promote economic growth and poverty alleviation as being the same as the economic wellbeing component of IPS. The Compact agreement prohibits the use of grant aid for security training, military-related activities and affecting environment and maternity. The MCC program of the USA was started much earlier in 2004 and the Compact agreement was signed with Nepal in 2017 before IPS which was announced only in 2018. Obviously, MCC that has global scope can not be considered as a part of IPS with a security component. The critics also consider MCC as a counterweight to China's Belt and Road Initiative. ButMCC agreement does not comprise of any element opposed to any particular nation including China. China's closest neighbor Mongolia has also benefitted from MCC Compact assistance.

The Compact assistance is the largest grant Nepal has ever signed. The need for parliamentary ratification of the agreement is to ensure legal status for the provisions of the Compact agreement in case of contradiction with internal regulations. In this context, there is confusion about US laws to prevail in Nepal. It must be understood that the Ministry of law in Nepal has given clearance to the agreement, as MCC guidelines, not necessarily US law, applies with respect to MCC assistance only to prevail in case of contradiction with local regulations, as applicable in all recipient countries.

The procurement and manpower appointments for the project are based on open competitive bidding to ensure greater efficiency and timely project completion. With respect to assistance projects from other development partners also like World Bank and ADB, procurement and other implementation guidelines are defined which do not often conform with domestic regulations. The procurement guideline based on global competitive bidding under the MCC project is uniquely favorable compared to most other bilateral grant assistance that limits the procurement from the donor country.

There are also other false criticisms of the agreement in relation to the need for Indian approval to a project component, project management by MCA, audit authority and intellectual property right about the project, ownership and control of the power transmission line and land, and other issues.

The objection to the need for Indian approval for a project component is not justified. The Indian support is needed only for the use of 120 Indian territories starting from the Nepal-India border to install cross border transmission line from Utawala to Gorakhpur. which will facilitate large-scale export of power to India being generated in Nepali river corridors. This will encourage public and private investment in major clean energy power projects.

There is also confusion about Nepal that is responsible for project management. The critics interpret it as under MCCmanagement without any control from the Nepal government. The agreement has clearly mentioned about government's principal responsibility for overseeing and management of the program. To that end, the government has formed MCA-Nepal underBikas Samiti Act, with a board of directors chaired by the Finance Secretary and memberships comprised of officials from other relevant ministries and national institutions. The MCA is empowered to oversee, manage and implement the project and related activities on behalf of the government. While MCA recruits manpower with open competitive bidding including foreign nationals for the project as per the agreement, the appointment of senior MCA staff is the government responsibility.

There is also confusion about audit authority with respect to the project. Nepal's Auditor General has the right to periodic auditing with respect to funds contributed by both the Nepal government and the MCC grant. In addition, the government can also permit auditing on the use of an MCC grant to be conducted by an independent auditor approved by MCC and named on the list of local auditors approved by the auditor general or a US certified accounting firm selected in accordance with MCC guidelines. The critics also think of MCC control of transmission line and the used land until an uncertain period which is untrue. These assets are under government ownership and control during project implementation and afterward.

While the agreement contains provisions permitting either side to withdraw from the project with prior notice of 30 days, the critics think the withdrawal right is limited to the MCC side only. Exchange of letters will be required for any change in project scope. They also think MCC can unilaterally amend the agreement which is not correct. Amendment to MCC agreement is possible with a written agreement. There is also an allegation of diplomatic immunity to MCC staff for any harm in course of project implementation. The reality is that diplomatic immunity covers MCC officials located in the US embassy but not to non-diplomatic officials recruited for project execution in the field. Such diplomatic immunity is generally provided to senior officials of other bilateral and multinational bodies with respect to acts performed by them in an official capacity.

There has been the involvement of each government in the past to receive MCC assistance in the process of threshold stage and compact agreement. The MCC projects were chosen by the Nepal government itself after detailed studies. The approval by the USA based on competitive selection was in recognition of Nepal's democratic rule, civil rights, economic freedom, anti-corruption and governance laws and human investment. In the pure economic interest of the country, there is the need at present to avoid further unnecessary delay for parliamentary ratification of the agreement. The COMPACT agreement was signed in 2017 by a coalition government led by Nepali Congress with an NCP-Maoist partnership, which was almost like the present government. There is an expectation of parliamentary ratification of the agreement soon, as the opposition party NCP-UML is also supportive of the agreement. There is not any aspect in the Compact agreement that undermines our constitution, foreign policy, autonomy and national interest. Given the criticisms against the agreement based on prejudice, confusion and misinterpretation, clarification can be sought from relevant authorities on any aspect.