Princess Mako To Marry On October 26 Despite Controversy on

Princess Mako To Marry On October 26 Despite Controversy on 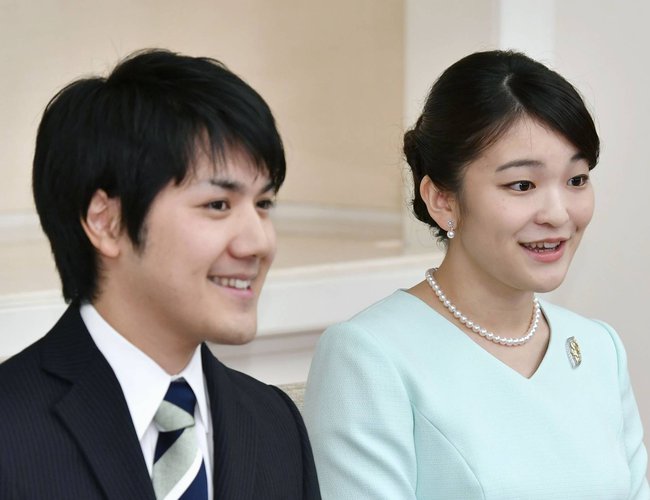 Japan's Imperial Household Agency has announced that Princess Mako and her former college classmate Komuro Kei will get married this month.

The top official in charge of Crown Prince Akishino's family, Kachi Takaharu, announced the plan at a news conference on Friday.

In a rare decision, traditional ceremonies associated with imperial family members' weddings, such as the official engagement ceremony called "Nosai no Gi," will not be held in view of the controversy.

Many people remain unconvinced by Komuro's explanations about the money dispute between his mother and her former fiance and feel uncomfortable about negative reports on the Komuro family, believing they are unfit to become relatives of the royals including Prince Hisahito, the princess' younger brother who is second in line to the throne.

He said the couple will submit the registration of their marriage with a municipality on October 26. The date is considered the luckiest on the Japanese calendar.

The official said the couple will hold a news conference on the day of the registration.

Komuro is currently self-isolating at his home in Yokohama City, near Tokyo, as part of coronavirus precautions after returning from the United States on Monday.

After the quarantine period ends on October 11, Komuro is expected to meet the princess for the first time in about three years.

Princess Mako and Komuro are expected to move to the US to start their new life after the princess leaves the Imperial family and obtains a passport and visa.

At the news conference, the agency disclosed that no traditional ceremonies for Imperial family members' weddings will be held.

It also revealed that Princess Mako declined to receive a lump-sum payment to which female Imperial family members are entitled upon marriage.
The agency indicated that she declined due to criticism of her and the couple's families.

The agency added that the princess has been diagnosed with complex post-traumatic stress disorder, or PTSD, after being criticized repeatedly for a long time.

China Partially Lifts Lockdown In Southern City of Guangzhou After Protests By Agencies 3 days, 4 hours ago

Beijing Grapples With 'Zero-COVID' Unrest By Agencies 5 days, 4 hours ago