Bhai Tika And Bhai Dooj 2021: Importance And Sigfinace, Auspicious Time At 11:02 AM

Bhai Tika And Bhai Dooj 2021: Importance And Sigfinace, Auspicious Time At 11:02 AM 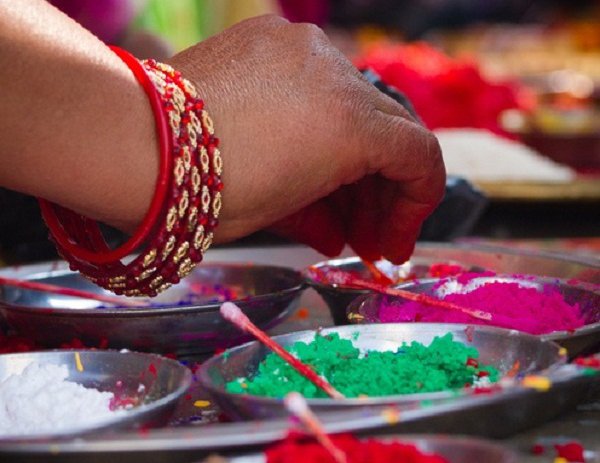 There are different names for the final days of Yampanchak or fifth day of festival in Nepal and India. In Nepal it is known as Bhai Tika. However, the core essence and meaning of the day is same.

Bhai Dooj, Bhaubeej, Bhai Tika, Bhai Phonta is a Hindu festival celebrated on the second lunar day of Shukla Paksha in the Vikram Samvat Hindu calendar or the month of Kartika in the Shalivahan Shaka calendar. It is observed during the Diwali or Tihar and Holi festivals.

In Nepal, the Calendar Determination Committee has announced the auspicious hour for Bhai Tika at 11:02 am on November 6 for the Tihar festival.

Chairman of the Committee Krishna Adhikari said that 11:02 am is the most auspicious time for offering and receiving the Bhai Tika that falls on November 6.

Bhai Tima is Tihar’s final and most important day. On this day, the sisters thank their brothers for the protection they provide by applying Tika to their brothers’ foreheads (hence the name ‘Bhai Tika’). The Tika is colorful, with seven colors, and is known as ‘Saptarangi Tika’ in Nepali.

Along with the Tika, the sisters provide marigold and chrysanthemum garlands (nowadays, plastic readymade garlands are also used to some extent in the case of flower scarcity), sweets, and special dishes for them. The sisters pray for the brothers’ long lives, talk with them, and share a meal with them.

The festival of love and bond between a brother and sister is celebrated with much pomp and fanfare across North India. On Bhai Dooj, sisters pray for their brothers to have long and happy lives by performing Teeka/Tilak ceremony, and after the ceremony brothers offer gifts to their sisters. Bhai Dooj is observed on the second day of Shukla Paksha in the Hindu month of Kartik. This year, it will be celebrated on November

History And Significance of Bhai Dooj

There are various stories associated with the beginning of the Bhai Dooj celebration. According to some legends, Yamuna, sister of the god of death, Yamaraj called her brother multiple times but Yamaraj couldn’t visit her. When he finally arrived, Yamuna became extremely happy and showered her love on him. She applied a ceremonial tilak on his head and prepared various delectable dishes for her beloved brother. Yamaraj loved the hospitality and felt deeply loved and respected. He asked his sister to ask for a boon. The Yamuna asked Yamaraj to dedicate a day for himself to visit her every year. Hence, the Bhai Dooj festival started when every brother visits their sisters’ house.

Other legends say that Lord Krishna went to his sister Subhadra’s house after killing Narakasura. Subhadra welcomed him by performing aarti, putting tilak on his forehead and offering flowers and scrumptious food. This is when the Bhai Dooj festival started.

On this auspicious occasion, sisters pray for the well-being of their brothers, and in return, brothers promise to always protect their sisters. Bhai Dooj may seem similar to Raksha Bandhan but is slightly different from the occasion. Unlike Raksha Bandhan, sisters do not tie a thread or Rakhi on their brothers’ ankle on Bhai Dooj. They just put a tilak on their foreheads and perform aarti.

Just like Raksha Bandha, Bhai Dooj also celebrates sibling love. On this day, sisters pray for a long, happy and prosperous life for their brothers, by performing the auspicious tika ceremony. In return, the brothers offer them gifts and a promise to protect and look out for them. The festival is known by different names across India like ‘Bhaiya Dooj‘, ‘Bhau Beej‘, ‘Bhatra Dwitiya‘, ‘Bhai Dwitiya‘, ‘Bhathru Dwithiya‘, ‘Bhai Phota‘, etc.

Kumar Shasti And Sithi Nakha 2022: The Birthday Of Kumar And Important Day For Newar Community By NEW SPOTLIGHT ONLINE 3 weeks, 2 days ago