Nepal is planning for the next local, provincial and federal elections in 2022 where over 3 million young Nepalese are eligible for voting rights. 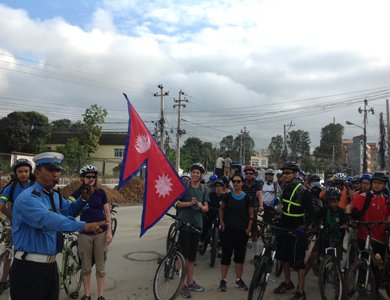 Today, half of the world population is under 30. And youth engagement in civic and political dynamics is fluid today. According to UNDP, Civic Engagement and Participation of Youth in Politics and public Institutions, globally less than 6% of the parliamentarians are under 35 years old. On the same, the average age in the parliament is 53 years old, which is surprising. This clearly explains that young people are not at the center of the political and civic decision-making process even with most of the world population.

But the sad story is, youth is always part of a political movement like organizing mass rallies, protests, political activism, or electoral process and mass demonstration. Based on the study done by The Global Youth Call “Prioritizing Youth in the Post-15 Development Agenda”, 2 out of 3 countries do not consult young people as part of their policy development strategies or national development plans.

Youth have played an important role in the democratic and political movement in Nepal’s history. If we see the participation of youth from the People’s movement in 1990 to the People’s war and of transformation of the authoritarian monarchy to a democracy, thus young people engagement was a pioneer in Nepal. Unfortunately, after all the hardship when it comes to decision-making and power-sharing youth in Nepal are always neglected in the political sphere.

The Constitution of Nepal, promulgated in 2015, promoted policies to encourage youth participation in the all-around development of the country. It focuses on the innovation and provision of new prospects for youth in the field of education and employment for boosting their personal, professional development, and empowerment.

It is often mentioned in the policy documents and speeches that the youth force is an invaluable asset of the nation and a vital source of the state for a change. Youths are the change maker and are regarded as important assets, but when it comes to practices and implementation there is a huge gap in their representation in civic and political space.

According to the National youth strategic plan, youth are defined as between the age group from 16 to 40. Based on the Central Bureau of Statistics, 29 million citizens are in this range which in total occupies 40% of the total population. It is essential to prioritize young citizens' needs to engage them in political spheres through their representatives. Nepal is planning for the next local, provincial and federal elections in 2022 where over 3 million young Nepalese are eligible for voting rights. But not only with voting rights but their representation is important for the new generation, policy reformations, and meet development agendas.

Every citizen should be cautious about youth inclusion across political, social, and economic sectors where local government can play an important role. The local government can develop a strategy to encourage young people in every ward and municipality to become more engaged in Nepal’s civic and political sphere. Different kinds of social media and advertisement/campaigns should be used as policy platforms to do consultations and discussions on youth representation in the political sphere and made aware of their priorities.

Civil Society Organization can support the development of youth networks/ clubs which focus on building leadership qualities, political knowledge, innovation, self-confidence among young people, and youth ambassadors to raise their views with government stakeholders. The youth force is an invaluable asset of the nation and a vital source of state for change. Thus, young people should be the center of political decision-making and civic engagement.

On the political front, political parties should keep cap on political leadership and public authority to create an environment and space for youth to engage in politics and participate in policy development.

Pokharel, Master’s in Human and Natural Resource Studies from Kathmandu University and development and humanitarian practitioner, is currently working in Syria. Can be reached through aagya.pokharel28@gmail.com