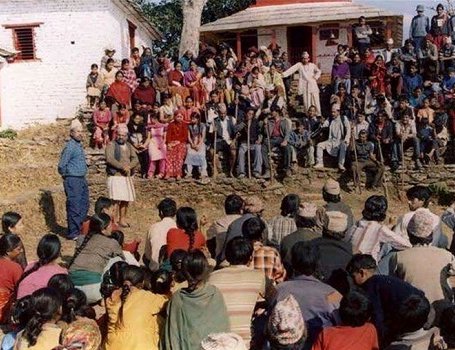 We all are born free and equal, yet this is not true for Dalits. Dalit is the term used to describe the communities who are exposed to untouchability and caste-based discrimination. Dalits are people tainted by their birth into a caste system that deems them impure, less than human and placed at the bottom of the caste-based hierarchy who are assigned for difficult, dirty and menial jobs.

According to the data, there are about 260 million Dalits worldwide who are born with identity of untouchability, the vast majority living in South Asia. Despite constitutional safeguards, violations of their fundamental human rights continue on a massive scale. Caste system is still deeply rooted in the modern society and it fractures people into unequal and hierarchical social construct. These construct create exclusion gaps where Dalits have limited access to resources, services and development; decision making process and meaningful participation in public and civil rights. Unfortunately, there are also caste-divisions within Dalits.

No doubt within Dalit, Dalit women are suffering from multiple discrimination based on the caste, gender and class. They are often trapped in the highly patriarchal society and the victims of social, political, economic, cultural rights violations including sexual violence, bonded labour and often victims of trafficking and forced sexual labour. This is the product of the severely unbalanced social, economic and political power equations of intersectionality and gender-based discriminations. Dalit women are always easy target to violence and abuse because they faces multiple barriers for their choices and freedom in all aspects of life.

Nepal is a signatory to 24 Human Rights Conventions including the International Convention on the Elimination of all forms of Racial Discrimination (ICERD), nevertheless caste-based discrimination exist. Nepal is practicing federal system of governance, where there is majority of Dalit women representative to raise their voices and participation. The Constitution provides affirmative action for Dalit women to represent in the local government to raise their concerns to fight against equalities and their communities. Political participation is the important tool to combat caste-based discrimination. There are 6567 Elected Dalit Women Representatives in the local government which has possible due to local level election and Dalit social and political movement. It is important strengthen their capacity on roles and responsibilities, legal knowledge, advocacy initiatives, planning and budgeting, networking, medial mobilization, communication and negotiations.

Fighting for Dalit women rights is the responsibility of every citizen. It is necessary to bring about a change in the attitude and behavior of people, both Dalits and non-Dalits. Reservations are temporary measures as affirmative actions, but improving social and economic status must form long-term commitment. We need to promote fair and equal labor wage, inclusive workplace, and actions to breach barriers of caste and gender-based discriminations and challenge caste-based discrimination in every action. It is equally important to advocate Dalit women rights at the global platform such as CEDAW and Universal Periodic Review. A major factor in breaking caste-based discrimination is education for children that should not be compromised.

Some positive trends do exist for Dalits in Nepal. Since 1990 political changes, enrollment to secondary school and university attendance have increased, there have been changes in social awareness, attitudes and practices, and participation in economic and political activities. There are dedicated civil society organizations and activism towards Dalit empowerment and women rights. It’s a very positive sign that there is a generation of young Dalit women emerging who are now becoming role models for their communities. It is important to build their confidence and leadership in the political processes as social change agent.

Aagya Pokharel, Master in Human and Natural Resource Studies from Kathmandu University. Can be reached through aagya.pokharel28@gmail.com