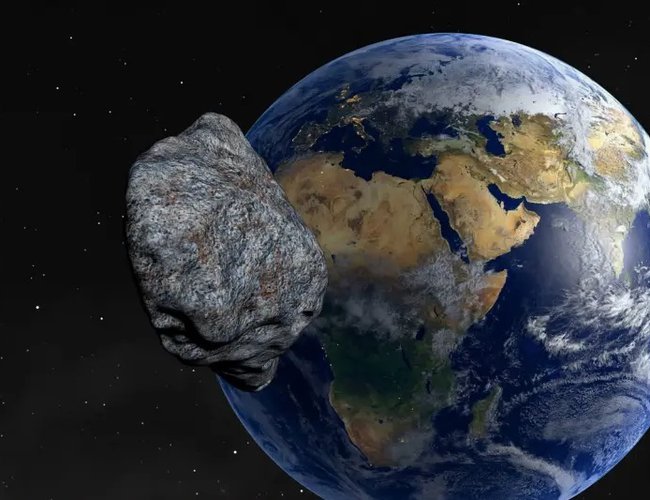 A massive asteroid over 400 meters in size is heading for Earth in a few hours, according to NASA's asteroid tracker, though it won't hit us.

Designated 455176 (1999 VF22), the asteroid has an estimated size ranging between 190 meters to 430 meters. At a minimum, its size is already enough for it to pose a significant danger.

Something even larger – over 300 meters wide like the asteroid Apophis or, in our case, the maximum estimated width of 455176 (1999 VF22) – could destroy an entire continent. An asteroid over a kilometer in width could trigger a worldwide cataclysm.

The last major disaster-level asteroid to hit the Earth, the Tunguska incident in 1908, produced an explosion far greater than a nuclear bomb. In fact, it is one of the largest explosions ever. And that asteroid was estimated to be, at most, 190 meters in width, around the minimum estimated size of this asteroid.

For comparison, the Moon orbits the Earth at a distance of approximately 384,000 kilometers.

Yes, considering how close the asteroid is flying to Earth. It is too far to see with the naked eye or binoculars, but it is still possible with the right kind of telescope.

An effort was made by the Virtual Telescope Project to watch the asteroid as it flies by. Unfortunately, the event was canceled due to clouds.

However, if one has a sufficiently large enough telescope, around 12 inches or larger in diameter according to EarthSky, they might just be able to see it themselves.