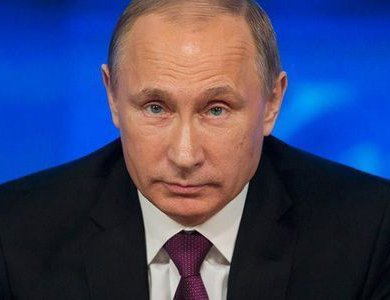 Leaders from across the globe are condemning a Russian move to send troops into Ukraine. President Vladimir Putin has recognized two breakaway regions as independent and ordered the deployment of what he calls a "peacekeeping" force. The move earned a barrage of economic sanctions.

Putin accused Ukrainian forces of violating a ceasefire by attacking parts of Donetsk and Luhansk regions. Those areas are controlled by pro-Russian separatists. His signed decree has been labeled a pretense for war.

Ukraine's president responded to Putin's decision with a video message. Ukrainian President Volodymyr Zelenskyy said, "Ukraine definitely qualifies actions of the Russian federation as a violation of the integrity and sovereignty of the territory of Ukraine. All the responsibility for the consequences of these decisions rests on the political authorities of Russia."

President Zelenskyy said his nation remains committed to a political or diplomatic solution.

The West has pledged its support. US President Joe Biden signed an executive order aimed at cutting the breakaway regions off from American funds. And he's planning more sanctions.

British Prime Minister Boris Johnson told Ukraine the UK will also slap sanctions on Russia. And he promised more support for its defense.

German Chancellor Olaf Scholz said on Tuesday his country will suspend the process of certifying the Nord Stream 2 natural gas pipeline from Russia.

Ukraine's envoy took off his mask and said that a virus spread by the Kremlin has made the United Nations sick. He added it was up to member countries whether they succumb.

China took a more restrained tone, saying valid security concerns should be respected. Russia has demanded that NATO not expand further. US Secretary of State Antony Blinken conveyed his concerns to Chinese Foreign Minister Wang Yi in a Monday call. And Wang reportedly told Blinken all parties must resolve their differences through dialogue.

Russian authorities say more than 60,000 evacuees from eastern Ukraine have crossed the border. Russian citizenship has been given to about 700,000 people who live in separatist-held areas.

The International Committee of the Red Cross says fighting in the Donetsk region damaged facilities that supply drinking water to more than one million people. It's calling on all sides to protect essential infrastructure.

German Chancellor Olaf Scholz said on Tuesday his country will suspend the process of certifying the Nord Stream 2 natural gas pipeline from Russia.