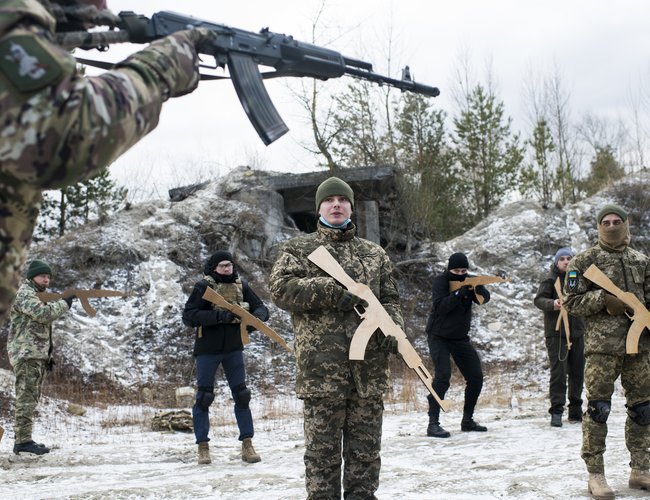 Ukrainian citizens are taking up arms alongside the military to protect their capital Kyiv from Russia's invasion.

More than 130 people have been killed, and over 300 wounded nationwide since the assault began on Thursday. Many families are also fleeing across the border.

Some people have destroyed bridges to slow the advance of Russian forces. Others are equipped with anti-tank missiles and makeshift bombs.

Officials at the Pentagon say the Russians are facing a stronger resistance than they anticipated.

Russian President Vladimir Putin is urging Ukrainians to lay down their weapons. He says it will be easier to reach an agreement that way, and that he is willing to engage in dialogue.