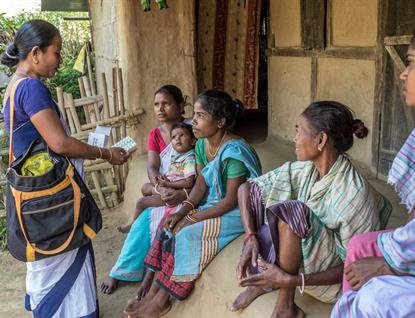 In Nepal, the 1991 National Health Policy encouraged private institutions to enter the health sector. The government with intention of public private partnership in health services, it supported expansion of private health institutions in Kathmandu, and other major cities.

Prevalence of disease is significantly higher in Nepal compared to other South Asian countries. A large section of the population, particularly those living in rural areas, are at risk of infection and mortality by communicable diseases, malnutrition and other health-related matters.

Under liberal economy, commercialization brings latest products or services to market, which is combination of production, distribution, marketing, sales, customer support, and other activities to accomplish commercial success of the product or service.

Private healthcare is also a part of commercialization. There is a big debate whether health sector be commercialized or not. Some experts say that it is a destructive process; it encourages insurers and providers to limit their services to healthy people. The rationale behind commercial healthcare encourages practitioners to stop treating poor sick people.

Commercialization of health can be compared with the hotel where we stay. The hotel won't take guests who can't pay the price of its rooms. That's natural in hotel business and other endeavors, but healthcare relates to life and death of a person.

Is healthcare a right or a luxury? Whether is it responsibility of the government or private sector should be encouraged for its commercialization?

It is universally true that no government can pay high quality health services to all its citizen. Therefore, contribution and involvement of private sector seems to be unavoidable

If we see globally, the government funding in health sector is based on the prosperity of a nation. For example, 22 per cent of the health expenditure is public funded in India as compared to 44 per cent in the US, or 95 per cent in countries like Sweden or 75 per cent in all the market economies of the world taken together. This indicates that the government in developed countries seem to be more responsible in supporting healthcare of majority population despite expensive private health institutions.

Based on recommendations of the World Bank and International Monetary Fund, Nepal adopted a neo-liberal policy of privatization of state-owned enterprises, a market-determined price system and healthcare services that are under the control of the private sector and large pharmaceutical companies.

The Nepalese private sector has a share of 70% of total health expenditures where 81% is paid out of pocket by the individuals. Rapid and unmanaged privatization and government’s inability to address health for all resulted a sharp rise in individual expenditures in healthcare.

General public in Nepal think that healthcare is becoming unaffordable due to its over commercialization, only rich can get quality health services as they are capable to pay high bills of private hospitals, which poor cannot pay.

People have expiry dates, however the increase in life expectancy has swelled medical bill of elderly people. Middle and poor class people, always feel pressurized on how to manage hospital bills, if they get sick. As result of faulty government policy, private hospitals are flourishing, and government hospitals are not in position to compete with them.

As medical doctors are central players in private hospitals - the pharmacies, laboratories, patient admissions are completely dependent on prescriptions of medical doctors.

General public also have strong impressions that most doctors recommend necessary and unnecessary tests, patient admission, operations and medicines, only to maximize income of hospitals. And when an emergency case is taken to the hospital, they won’t touch the patient without depositing required amounts. Human values are not known to them, they only know the value of money.

Most medical professionals and hospital owners are least bothered about the health of the people who have been afflicted with some ailment. They tend to consume more amount of money than that is afforded for patients' treatment.

Private sectors have never been effective during time of pandemics, while government is providing import duty concessions for them in importing equipment and vehicles and supporting through tax reductions.

Many government doctors have opened their own private clinic and openly work in private hospitals at the same time. In such circumstances, how can we imagine quality health services in government hospitals. And general public are bound to visit private hospitals as result of low-quality services in government hospitals. Moreover, demonstrations against the doctors and the hospitals are common phenomenon in Nepal, if the family and friends of dead patient suspect on fault of doctors. In absence of effective law to punish medical professionals, who are responsible for death of patient by their negligence, such cases are settled through monetary compensations to family of patient by the hospitals.

Although there is domination of private hospitals, however government has done many markable jobs to improve healthcare facilities. The availably of primary health care and preventive health care to all are its examples. There is also provisions and budget for deprived citizens health care of patients to receive free medical treatment for diseases including cancer, heart and kidney. During time of pandemic, government hospitals are proved to be efficient compared to private hospitals.

There is no controversy about quality services in major private hospitals. They spend large amount during construction of hospital and purchase of sophisticated equipment. They must be dependent on their own sources to run the hospitals and salaries of staff. The quality services in private hospital have stopped uncountable patients from going abroad for treatment. They are providing employment in considerable numbers and supporting national economy.

And there are many hospitals doing marvelous jobs nationwide, run by non-profit organizations. Moreover, there are also some cheap and affordable private hospitals who have expanded their services to large number of people national wide with minimum fees. They are also making profits, but not by squeezing small number of people in limited areas but through extending services in large numbers of populations out of Kathmandu, too.

For affordable health services to all, the government and the private employer must be capable to provide enough medical insurance premiums to their employees including unemployed poor people’s premium by the government, which is difficult but if properly executed, is not impossible. If government could honestly develop a strong system and check and balance in private healthcare, it would be beneficial both to the rich as well as poor people.

All private hospitals must treat free of cost to at least ten percent patients, and free of cost emergency medical treatment in similar percentages, who are poor and can't afford the hospital bills.

Commercializing and globalization are good for economy in productive sectors but so far healthcare sector is concerned, strong and positive role of government with adequate resources to poor people required for its better implementation. Well-regulated private hospitals and better services in government hospitals could be win- win situation both for the government and the private hospitals. In this regard, the government must allocate adequate funds to improve infrastructures in public hospitals with new technologies and services.

Shrestha is a former under-secretary at the Ministry of Finance and has served at the United Nations Development Program in South Sudan and Sierra Leone.