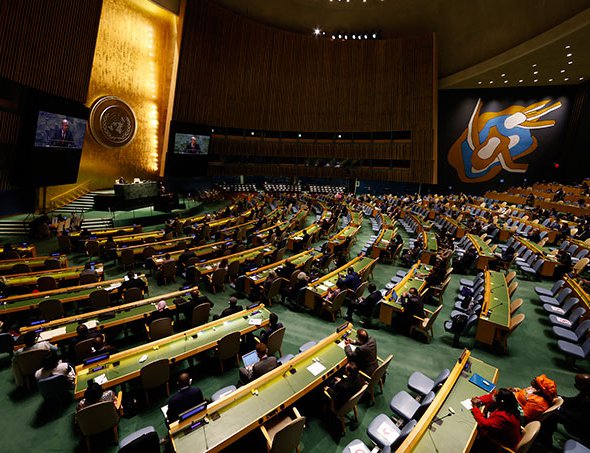 A number of countries have voiced their criticism of Russia's invasion of Ukraine at an emergency special session of the United Nations' General Assembly.

The session began on Monday in New York, with attendees observing a moment of silence for victims of the fighting.

UN Secretary-General Antonio Guterres said in his address to the assembly that the fighting in Ukraine must stop. He called for an immediate end to the conflict.

He criticized Russia for putting nuclear defenses on high alert, saying nothing can justify the use of nuclear weapons.

Russian Ambassador Vassily Nebenzia defended the military action, which he said was intended to protect Russian speakers in eastern Ukraine from the Ukrainian military.

But a number of other delegates who followed voiced criticism of Russia's action.

Officials said the meeting is expected to last for several more days, as representatives from more than half of the 193 member states are set to address the session.

The United States, which proposed the session, is seeking the adoption of a resolution condemning Russia's aggression.

Over 1,500 Die In Devastating Earthquake In Turkey By Agencies 4 hours, 2 minutes ago