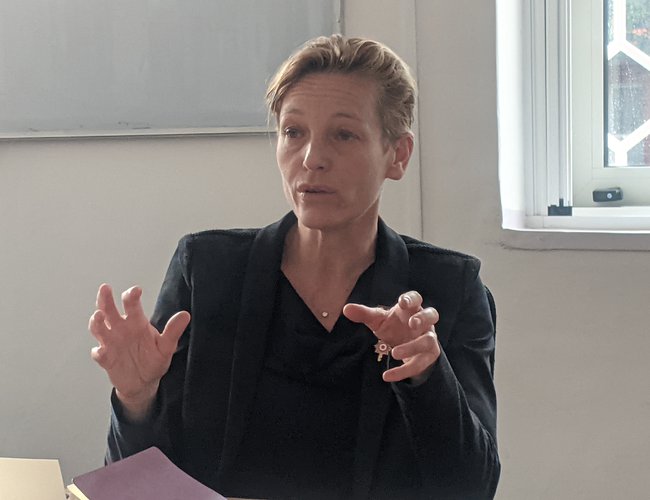 How do you see Nepal-France relationship?

How did you see your meetings with high dignitaries of Nepal?

Our meetings with the President, the Prime Minister, the Speaker, the Chairperson Nepal-France Inter-parliamentary Group (Mr. Madhav Kumar Nepal) and other political leaders were excellent.

What are your impressions after meeting with the Nepal-France Friendship Group?

My appointment as President [of the Friendship Group] first came from the desire to offer my services to the Nepali community. I realized that the volunteer work [in Nepal] is very well organized; it has no specific need for us. So I asked myself “where can I be useful?” and I ended up as the President of the Friendship Group. My role is to build diplomatic parliamentary relationships, and I think parliamentary diplomacy has its own entire place. In Nepal, this visit was eagerly awaited. But to go beyond the basic relations, we need to find topics to work on.

You created a number of laws in France regarding sustainable development (to fight food wastage and institute a circular economy with AGEC/ZWCE law, as well as reforms for energetic renovations with the Elan law and sustainable conceptions with the Climate law). You are also a Member of the Sustainable Development Committee in the French National Assembly.

What did you think of Nepal regarding this subject?

We discussed the development of transport and hydroelectric energy in Nepal, but honestly, I was very surprised by the difficulty of waste collection in Kathmandu, and I expect to find ways to get [Nepal] out of the plastic era. I also think about energetic renovations of buildings like for example double glazing windows.

In 2019, there was mention of a cable car to be installed in Kathmandu in order to lighten the traffic; is it still in the making?

There were actually three projects brought up: the launch of a telecommunication satellite, the security printing press and the cable car. Concerning the cable car project, we hope the French firm POMA could participate however it seems it has been replaced by the idea of a subway with a call for bids.

What other subjects came up in the meetings?

The Covid-19 situation was only rarely mentioned, the President only alluded to the fear of a 4th wave but we discussed the fact the Nepali Parliament remained obstructed. So we brought up the importance of the Parliament in Nepal, in the sense that it needs to take up a lot more space!

Women’s representation is a subject that, we believe, you hold dear as you are a Member of the Women Bureau of Inter-Parliamentary Union and you promote women’s place in politics. What did you think of it in Nepal?

I believe the law demanding 33 % of women in the Parliament at a national level from the Constitution of 2015 helped, and everyone in the meetings agreed with the fact women’s place existed but personally I was a bit disappointed. We talked about the women's representation and the caste systems which are subjects that, as a European, are puzzling to me. But my only message toward women is to say that quota is a first step but not enough. We have to continue working on women's education and have to create women's networks.

All in all, how was your stay in Nepal?

The meetings were very rich and I felt a great deal of credit, attentiveness, and warmth in the relations with the Nepali people. I was warmly welcomed, and after the end of my official mission, I will be visiting places outside of the valley so that I can discover more. 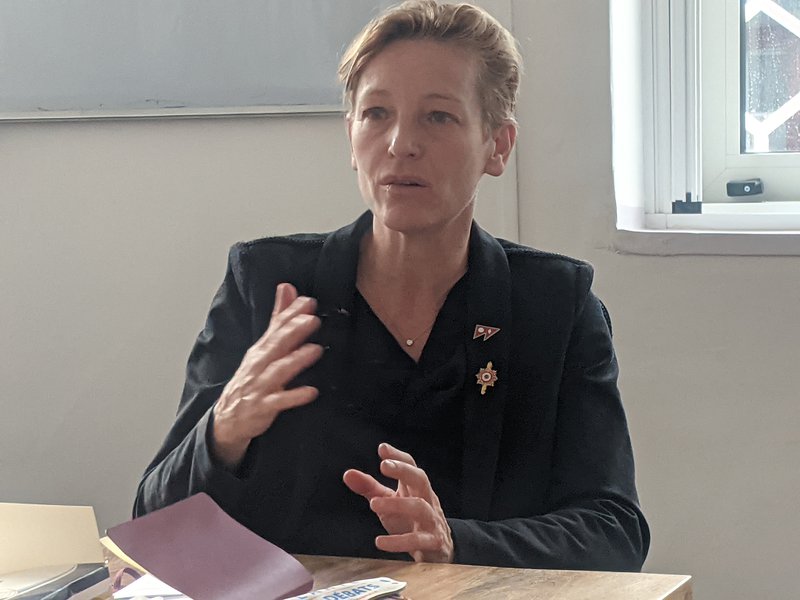 As we are meeting you at the end of your visit, how do you assess your delegation visit to Nepal?

After discussing with high-level dignitaries and women parliamentarians, we found that Nepal has made some good progress on women empowerment and increasing the participation of women in Nepali politics. The mandatory constitutional provisions in the law and the Constitution have provided certain reservations for women. However, it is not in itself enough to increase participation. Although women's participation has increased, it is yet to reach the same level as the men. Several women who had even joined politics are quitting because of a lack of opportunities given to them. For instance, a popular woman Mayor Candidate of Kathmandu Metropolitan City is said to be retiring from politics. After meeting several women leaders and activists, we came to the point where there are still many barriers in politics for women.

It is good to see some good provisions in the law and Constitution. However, Nepal needs to change its mindset and values. We hope that things will be better in Nepal for women politicians. Reservation is good but people have to realize that all are equal.

Nepal voted against the Russian invasion of Ukraine at the UN and calls for Russia to respect the sovereignty, integrity and independence of Ukraine. During the meeting with Nepali delegations, have you mentioned this issue?

French people and the parliament support the French Government which has been demanding Russia to end the Russian war on Ukraine and implement an immediate cease-fire. An immediate cease-fire is necessary to improve the humanitarian situation in Ukraine. As an issue of global concern, Nepali leaders also supported the view that an end to the war in Ukraine is needed.

The situation in Europe is quite volatile with the recent invasion of Ukraine, what is France’s take on it?

The French government has condemned this invasion and we know that there will be economic and social consequences of course. Despite these consequences, France will welcome and shelter the Ukrainian refugees. Regardless of the implications on the economy, we will support sectors that are in financial difficulty to maintain the economic sanctions against Russia.