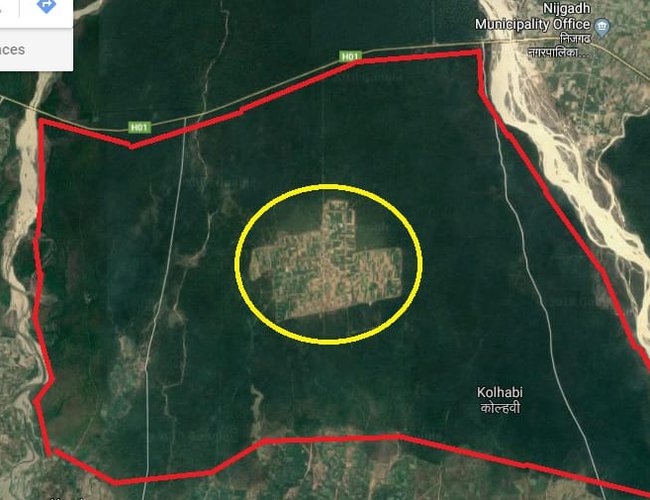 On 26 May 2022, an extended full bench of the Supreme Court quashed all decisions to construct the proposed Nijgadh airport and ordered the government to find alternative site if the government wants to build the international airport. Previously on two petitions, the Supreme Court issued Interim Order to stop all activities related to clearing of Nijgadh forests for airport development. This signifies the urgency of ensuring environment conservation and protecting biodiversity during infrastructure development and analyse alternatives to make the development environment-friendly and sustainable.

Based on national and international practices, and Nepal's Environment Protection Act (EPA, 2019) and the Environment Protection Rules (EPR 2020), including the repealed EPA (1996) and EPR (1997), alternative analysis is the 'core element' of any level of environmental assessment - Initial Environmental Examination (IEE) and Environmental Impact Assessment (EIA) in Nepalese context. In 1990s, IEE and EIA study analysed alternatives based on approved Terms of Reference. Parliamentarians understood its greater importance and included provisions in the EPA (2019). Section 4 of the EPA (2019) obliges the proponent to make detailed analysis of various alternatives and recommend an appropriate alternative.

In 1995, the government started discussion to construct a second international airport after the deadly aviation disasters of the Thai Airways and Pakistan International Airlines in Nepal in 1992. The government advanced its process to construct the Nijgadh airport after the start of the construction of the Lumbini and Pokhara Airports of international standards and carried out EIA of this proposed Nijgadhairport without the feasibility study and complying the approved Terms of Reference (ToR) regarding alternative analysis.

In May 2018, the Ministry of Forests and Environment approved an EIA report of the Nijgadh Airport. Several issues cropped up after the approval of the EIA report (https://www.spotlightnepal.com/2018/ 09/20/international-airport-forests/). Realising the need for additional airport, alternative analysis as contained in the approved EIA report was revisited in January 2020 (https://www.spotlightnepal. com/2020/01/03/approved-nijgadh-airport-eia-alternative-analysis-revisited/).

Advocates of the Nijgadh airport have not seen any alternatives and blame the conservationists while an extended full bench of the Supreme Court ordered to explore alternatives. Taking into consideration the technical understandings of the provisions of EPA (2019) and EPR (2020), Forest Act (2019), approved ToRof the proposed Nijgadh airport, Treaty Act (1990), Convention on Biological Diversity and Paris Agreement on climate change to which Nepal is a Party, and national and international commitments on environment, biodiversity and natural resources conservation and also national and international practices on IEE/EIA, the Supreme Court Order provides the proponent multiple opportunities to explore best alternative with compliance with above mentioned commitments and make the airport construction and operation environment-friendly and sustainable. Application of EIA tool and its alternative analysis in Nepal has made significant contribution at least on East Rapti and Babai Irrigation Projects.

In late 1980s, Asian Development Bank (ADB) provided financial support to implement East Rapti Irrigation Project to irrigate over 8,000 ha by diverting East Rapti River near Lothar, Chitwan. During construction stage, Chitwan National Park - World Heritage Site and a habitat of one-horned rhinoceros - asked for EIA study to construct dam in the left bank of the river (Park side). ADB carried out EIA study and its alternative analysis recommended to implement Farmer's Managed Irrigation Scheme (no dam constructionand diversion of river water). The EIA study brought back the Project into 'redesign stage' and implementation of FMIS alternative irrigated all command areas without damaging the Rhino habitat.

In 2003, Babai Irrigation Project planned to use 1150 ha of forests to construct a canal. The then Ministry of Forests and Soil Conservation informed to submit approved EIA report as per EPA (1996) and EPR (1997) to provide forest area. The Project carried out EIA study, analysed alternatives, and finally selected alternative - 'loss of22 ha of forests'. The EIA study of these two projects provides a clear guidance for alternative analysis and its contribution to forests and habitat conservation.

The Supreme Court Order further recognizes the utmost importance of alternative analysis of any proposal and/or component(s) of its proposal taking into consideration the location, size, use of forest area, design, and technology. It is well proven and established fact that alternative analysis provides the proponent multiple opportunities to select 'best' and environmentally sound alternative to make her investment long-term benefits. Through these three projects (two irrigation projects, and Nijgadh airport), Nepal has demonstrated the global community the importance of alternative analysis. In this context, the Supreme Court Order on proposed Nijgadh airport is considered a 'legal gift' to the Nepali people and advocates of Nature conservation to protect the planet. It further motivates to observe the World Environment Day (5 June) 2022 for sustainably living with Nature in this 'Only One Earth'. This a clear message and call for protecting the 'lungs of all life-forms' and the human beings.

Contrary to the legal provisions (EPA, 2019 and EPR, 2020), Forest Act (2019), national and international commitments on environment and biodiversity conservation and reducing greenhouse gas emissions as committed during CoPP26 of the Climate Change Convention in November 2021, Glasgow to achieve net- zero emission by 2045 and second NDC targets, including others, the Government on 29 May 2022 through # 375 of the Budget Speech has provisioned to arrange project implementation on the basis of Preliminary Assessment. Nepal's EPA (2019) and its EPR (2020) recognizes Brief Environmental Study (BES), IEE and EIA for the prescribed projects. Now the question arises which should be complied with - Preliminary Assessment as mentioned in the Budget Speech or provisions of the EPA and EPR and forest and other laws. This signals to non-compliance with the Supreme Court Order and existing laws on the environment. Furthermore, budget allocation for proposed Nijgadh airport after Supreme Court Order may be used for finding 'best' alternative.

Hope, Lord Pashupati Nath will save the conservation movement and encourage the government to comply with its own national policies and laws, and international commitments - legally binding and/or non-legally binding instruments. This will also help the government to be more realistic in making commitments at all levels, and protecting the life-support system - the Nature and the Forests - lungs for human beings and other life-forms.

Encouraging Electric Vehicle Use In Nepal By Hari Prasad Shrestha 7 hours, 14 minutes ago

China’s Rapid Transformation And Lessons To Learn By Krishna Silwal 3 days, 7 hours ago

Youths In Nepal Elections: From Social Media To National Platform By Sangya Dhakal 5 days, 6 hours ago