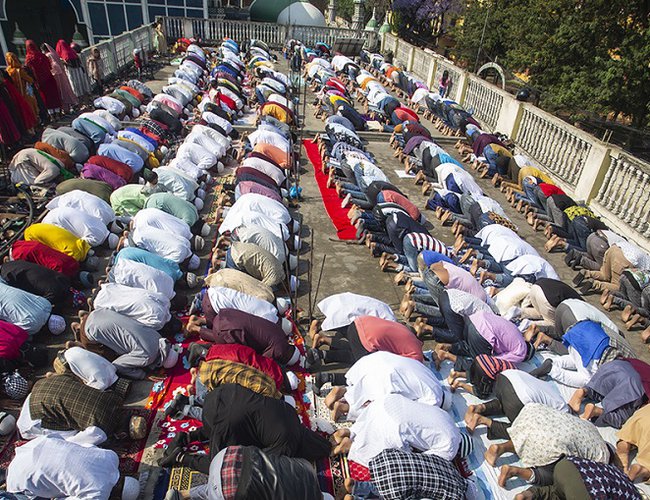 Eid al-Adha, also known as Bakrid is regarded as the second most important Islamic holiday celebrated globally every year. Muslims across the world celebrate Eid al-Adha with a lot of fanfare and great enthusiasm. Known as the feast of sacrifice, the festival falls on the tenth day of Dhu al-Hijjah marking the end of the Hajj pilgrimage to Mecca. This year, it will begin on July 9 and end on July 10. This festival is the second most important festival of Muslims as the day marks a sacrifice of cattle – goat, sheep, buffalo in whatever number a person can afford.Also Read - Lucknow: Section 144 Imposed In View Of Upcoming Festivals, Processions And Prayers At Public Places Prohibited

According to the Islamic Hijri Calendar, Eid al-Adha will begin on Saturday, July 9, and will last until Sunday, July 10. This year India will observe the Bakrid on Sunday, 10 July 2022. Also Read - Eid al-Adha 2022: Best Wishes, Facebook Quotes, Greetings, Whatsapp Messages, Images You Can Share With Your Loved Ones

Eid al-Adha is a prime festival for the Muslim community and is celebrated for three days globally. It honours the willingness of Prophet Abraham who, when asked by God to sacrifice a thing dearest to him, readily agreed to sacrifice his son, Ismail, according to Islamic, Christian, and Jewish texts. Pleased with the readiness of Abraham and the courage and faith of Ismail, God replaced the boy with a ram which was then sacrificed by a blindfolded Prophet Abraham. In honour of the divine incident, Eid al-Adha is celebrated for three days. Also Read - Sidharth Malhotra-Kiara Advani Shush Breakup Rumours, Stun Together at Arpita Khan's Eid Bash - Watch Viral Video

The festival of Bakrid marks the sacrifice of Abraham. God had provided a male goat to Abraham to sacrifice, as a substitute for his son. As per God’s instructions, the male goat was then divided into 3 spares. The poor were offered one-third of the share and another portion was given to friends and families. The residual one-third portion was retained by the family of Abraham. The main purpose of sacrifice is to recognize and commemorate Prophet Ibrahim’s willingness, obedience, and determination to sacrifice his son so that he could prove his loyalty and love for his God.

Eid is a joyful and peaceful occasion in which people celebrate with their families, let go of old grudges, and make meaningful connections with one another. Eid traditions and festivities vary around the world, and many countries have their own cultural approaches to this auspicious occasion. It is a festival celebrated in India with traditional zeal and merriment. During Id-ul-Zuha, many Muslims dress up and attend an open-air prayer meeting. They also sacrifice a sheep or goat and distribute the meat to family, neighbors, and the poor. Many Muslims believe it is their responsibility to ensure that all Muslims can enjoy a meat-based meal on this holiday.